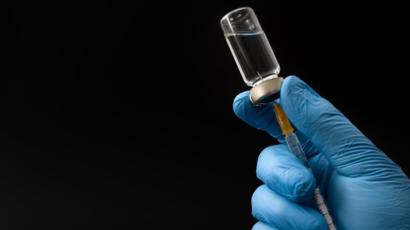 Can You Vaccinate Public Economy against Corruption?

There are social ills that have been affecting governments much longer than the coronavirus. I dare say that a single viral infection can affect the economy less and claim fewer human lives than chronic corruption. For some reason, the latter does not scare us quite so much.

When nothing threatens our lives, we feel safe. Of course, we don’t think how corruption directly affects the quality of our life, how officials are appointed, how justice becomes selective or how public property is sold. But this dependency exists.

The coronavirus crisis, like any other, inspires us to think about how much losses could have been avoided if public resources had been used more efficiently. Today I want to talk in more detail about transparent privatization as a possible course of treatment for acute economic insufficiency.

Symptoms of the Sector

Part of the profit from state-owned enterprises and dividends on the state share in companies is about 7% of the total revenue of the national budget of Ukraine 2020. The main part of this plan is accounted for by state-owned companies of the energy sector.

For example, as of today, according to the Ukrainian state-owned enterprises portal, the leaders in paid income tax in 2019, in particular, were: UKRAERORUKH — paid UAH 331.9 million to the budget, Energorynok — UAH 270.8 million, and Myronhradvuhillia — UAH 63.8 million, respectively. But it should be noted that not all SOEs have yet submitted a financial report for 2019 to the MEDT.

According to the ProZvit portal, there are 3,740 state-owned enterprises in Ukraine. Of these, 2163 are functional, and only 661 are profitable. If you analyze it in more detail, you can find those which have only one or two full-time employees. There are also those whose financial statements for 2019 showed labor costs in the amount of less than UAH 1,000, and their annual net income was as little as UAH 5,000-7,000. Thus, such enterprises contribute nothing to the economy.

Considering municipal companies, according to Youcontrol, there are over 23,400 of them registered in Ukraine. But we don’t know for sure how many of them generate profit and how many are making a loss, because there is no aggregated statistical information on profits and losses of municipal enterprises today.

There are also other problems – the quality of services and inefficient property management. As a rule, unprofitable national or municipal companies are not customer-oriented.

Therefore, the question arises: why does the government as the owner need enterprises that do not develop the economy and do not provide high-quality service?

The causes of these “symptoms” in the sector are poor governance, lack of development strategies, inefficient property management policies, and often corruption.

The NABU estimates the government’s losses from corruption at UAH 18 billion, which is 0.5% of Ukraine’s GDP. Given that we are only talking about criminal proceedings, former Deputy Minister of Economy Pavlo Kukhta estimates the total loss to be at 1% of GDP. We can expect roughly the same amount unaccounted for due to facts that are not being investigated.

Privatization Is the Cure

The threat of punishment will not save state-owned companies from violations in the disposal of funds or property. And corporate governance reform will not completely eliminate the risk of possible political influence.

In most cases, only the sale of state-owned companies and their property can help reduce corruption and its risks in the public sector of the economy. Therefore, privatization is the best medicine. But do we want it?

For years, Ukraine has been witnessing a slow pace of privatization. From 1992 to now, there have only been two cases of meeting (or exceeding) the target proceeds from privatization: re-sale of Krivorozhstal for the expected price of $4.8 billion and Ukrtelecom for $1.3 billion. Even then, the government tried to get Ukrtelecom back because of the buyer violating investment obligations. Another successful case could have been the sale of the Odesa port plant, but, as we see, it is yet to come through.

Still, the hope of changing the situation reemerged last year. We have heard about the serious intentions of effective privatization from President Vladimir Zelensky and we see the new management of the State Property Fund becoming more active. Back in the fall of 2019, the Parliament lifted the moratorium on the privatization of more than a thousand enterprises. According to estimates of the Ministry of economy, the sale of 300 small and five large assets would yield a revenue of UAH 6 billion. It seems that everything is in place for this to work, even a magic pill in the form of the ProZorro.Sale electronic auction system.

But in the situation of the new coronavirus-related crisis, large-scale privatization is back in the realm of unrealistic. On April 13, MPs supported the updated “anti-crisis” budget. Revenue from privatization was reduced from UAH 12 billion to half a billion. Although despite the crisis, the State Property Fund still managed to sell assets for UAH 380 million in the first quarter. Last year, the revenue in the first quarter was UAH 50 million. You have to agree that’s a major difference.

The medicine is transparent auctions

No privatization will be effective without the final component — the rules of fair and transparent sales. Today, all objects of small-scale privatization are sold through the ProZorro.Sale electronic trading system. This is one of the achievements of Ukraine of which we can feel proud.

Why? Thanks to the principle of the “everyone sees everything” system and its business model, the trust between market participants and the public is significantly higher. This means that competition is guaranteed.

For example, even in such difficult circumstances, there are quite successful, even record-setting auctions. On April 9, 59 participants came to compete for the sale of office space in the central part of Lviv. This competition showed how much the market was ready to pay for the object; the price increased from UAH 17,800 to UAH 20 million.

According to the BI module of sale auctions, there are 138 auctions for small-scale privatization planned by May 15, including the state-owned equity of AT Chimtextilemach.

Privatization should become the go-to clinical protocol for inefficient management of state property. Practice shows that electronic auctions are not afraid of COVID-19: they still work. Moreover, fair and transparent privatization is one of the ways to fill the budget. Now, it’s more crucial than ever.