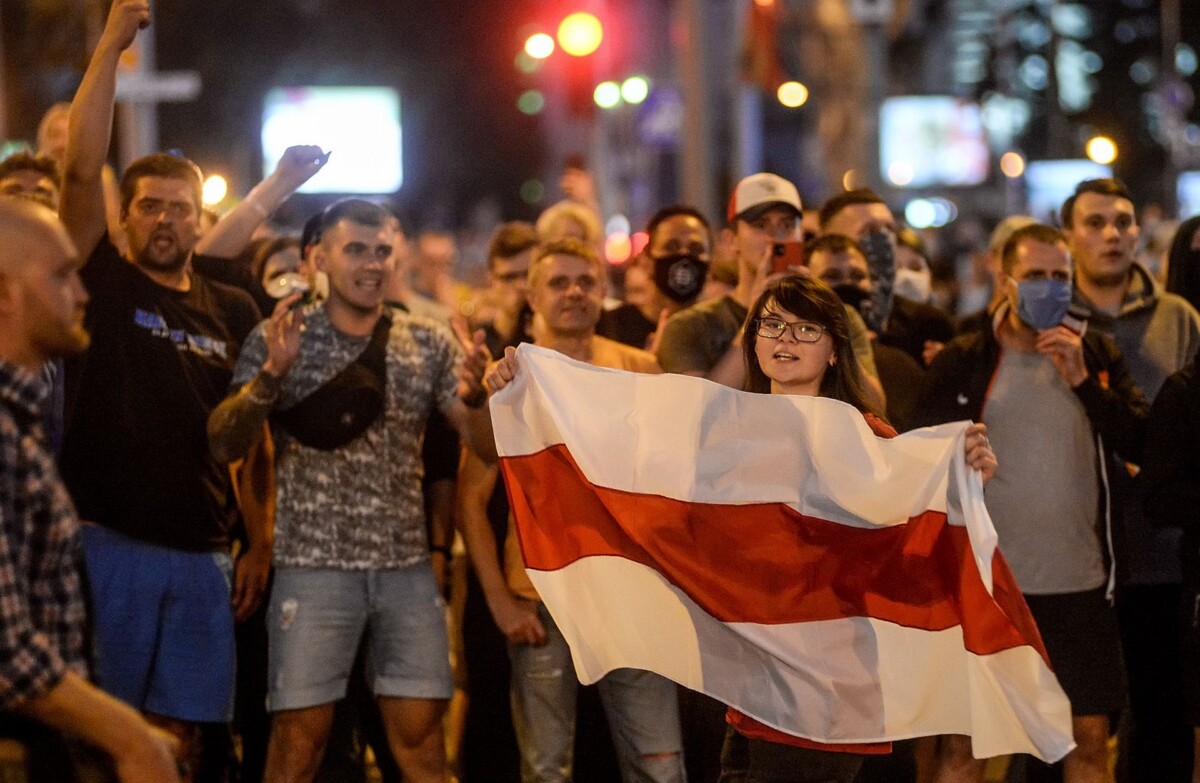 The protests in Belarus have generated some turmoil and division among the Ukrainian public. We have been vigorously debating the proceedings for two weeks now, and while the majority supports the protesters, a fraction of Ukrainians on social media big enough that it cannot be disregarded still supports Europe’s last dictator.

Lukashenko’s supporters substantiate their arguments by saying that he helped rejuvenate the economy, build good roads and defeat corruption. I would like to discuss that last point in greater detail.

On the 2019 Corruption Perceptions Index (CPI), Belarus scored 45 points. For the last three years this score has remained virtually unchanged and continues to be one of Europe’s worst. There have been no anti-corruption reforms in Belarus for a long time. It is necessary to point out that CPI only assesses the expressed perceptions of corruption in the public sector – the fact they may be hindered by human rights or free speech violations is not considered by the index.

If we were to compare the score of Belarus with the score of Ukraine, we would be under the impression that our country doing much worse in its fight with corruption than our northern neighbor state. According to scores given by other foreign studies, the chance of companies and citizens in Belarus encountering corruption or discriminatory business practices is generally lower than in Ukraine.

To this one must object, for much higher expectations are placed onto Ukraine and its fight against corruption. We know of many corruption schemes mostly because they are frequently reported on by public activists and investigative reporters, while in Belarus such publications never see release. The conclusion drawn from this by studies is as such: if corruption is not discussed in the media, then it must probably not exist.

On the 2020 Bertelsmann Foundation Transformation Index Ukraine scored 40 points while Belarus scored 36. The study presented its respondents with questions like “To what extent are corrupt/criminal public figures are persecuted/prosecuted/scorned by the public?” and “How well is the government combating corruption?”

The conclusion regarding Belarus was as follows:

“Anti-corruption regulations are vague and require improvement. They have also been poorly enforced, and officials continue to engage in corruption. By contrast, petty corruption is relatively limited. Implementation of anti-corruption measures remains selective in practice and lacks transparency. The authorities and the public display a high degree of intolerance for official corruption. Much of the economy is still controlled by the state, which creates fertile ground for corruption. Bureaucrats enjoy vast discretionary powers, thus increasing the risk of encountering extortion when dealing with administrative requirements.

President Lukashenko has frequently instrumentalized the fight against corruption to increase his popularity. However, double standards are practiced regarding high-level officials prosecuted for corruption. There have been numerous cases in which they have received relatively mild sentences or even early amnesties thanks to presidential intervention.”

Not really inspiring, is it?

Another study giving Belarus a lower score (32) than Ukraine (35) is the Freedom House Nation in Transit report. An emphasis is made on the isolation and opaqueness of Belarus as a state. It also mentions that independent media outlets and NGOs have no access to public procurement data or tax returns of government officials, and as such, no public monitoring of corruption can take place.

A comparison with Ukraine is begging to be made here. Our journalists closely analyze the tax returns our officials file, and violations in these documents have already on many occasions generated broad scandals and NABU investigations. Monitoring tax returns has been one of the most widely discussed suggestions at the time the reformed NAPC began operation, and in the past few months we’ve been seeing a lot of progress in that regard.

Regarding procurement, the Prozorro system made public and municipal procurement data freely available. It is constantly monitored by the DOZORRO team, the DOZORRO community and journalists, and as such, public procurement is always under control.

The Freedom House Nations in Transit study also says that the government and law enforcement agencies remain the primary sources of information on corruption in the country, which essentially means corruption only exists if Lukashenko says it does. Not otherwise.

The study also mentions another thing: “An independent poll of small and medium business owners in Belarus reported that corruption was perceived as an essential barrier to doing business by 19.5 percent of respondents (a small increase from 16.1 percent in 2018). Petty bribery is not widespread due to the high risks it bears.”

In March 2019 the Group of States Against Corruption (GRECO) declared that Belarus does not meet the anti-corruption standards of the organization. That was the first such statement GRECO ever made regarding any of its member states – a truly unprecedented event.

The organization stated that Belarus failed to implement 20 out of 24 long-standing recommendations and prevented the organization from publishing any assessments of anti-corruption measures in the country. GRECO came to the conclusion that the true extent of corruption in Belarus is very difficult to assess. The organization criticized the vast powers of the president, the lack of transparency in governance and insufficient proof of independence of the judicial branch of the government.

As we can see, Belarus’ CPI score is hardly an accurate measure. According to the aforementioned conclusions drawn by international studies, there is simply too little information on corruption in the country. The overall picture would certainly change should Belarus implement social responsibility and allow freedom of speech. After all, Belarus, for obvious reasons, does not even have a Transparency International chapter that could shed some light on the situation.

What are the conclusions we can make?

In the fight against corruption we should not try to emulate Belarus, whose indices are lower than those of other post-socialist states of Eastern Europe. The benchmark should be the EU average seen in countries like Lithuania, Portugal and Spain (60-62 points), or better yet – the top scores on the table, those of Denmark, New Zealand and Finland (86-87 points).

We should also support the citizens of Belarus and their desire to know the truth about their country. That truth is going to be vastly different from what some of our compatriots currently believe.