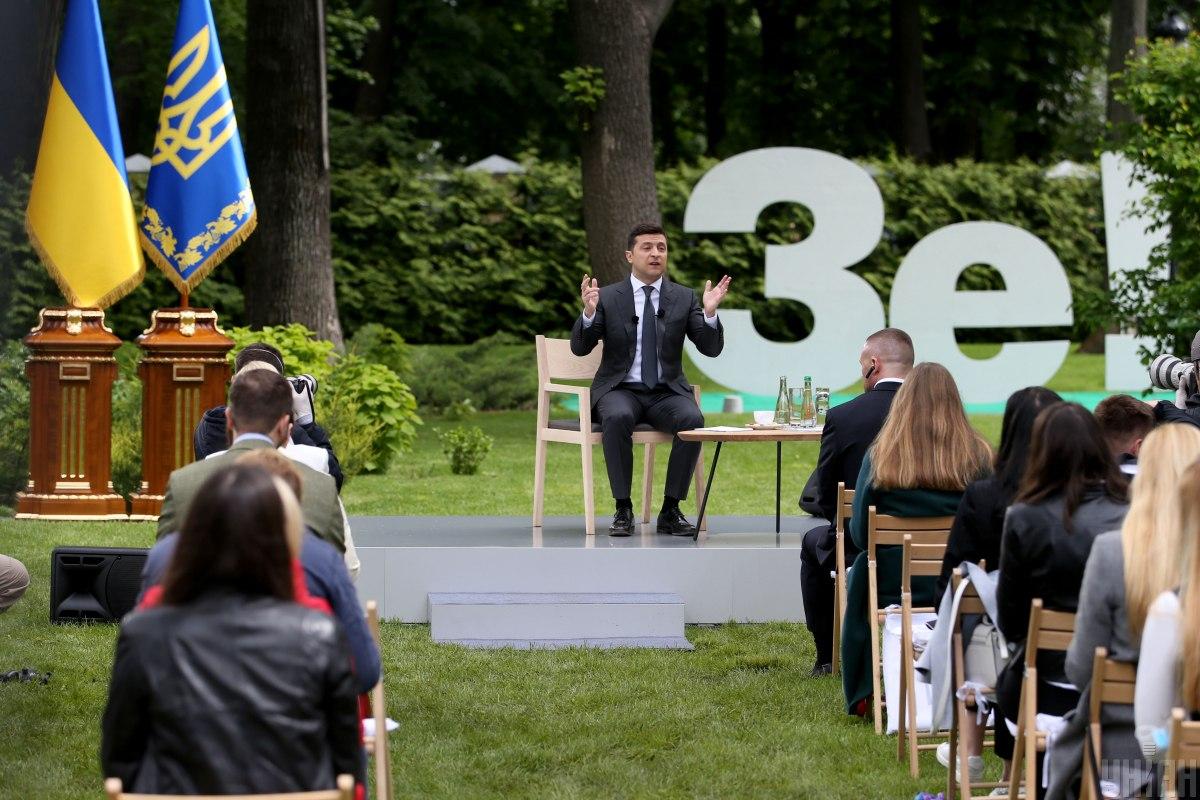 HOW MUCH MONEY WAS SPENT ON THE PRESIDENT’S PRESS CONFERENCE

The State Management of Affairs (SMA) is a special institution that deals with the needs of other state bodies, particularly the President’s Office, the Verkhovna Rada, the Cabinet of Ministers, and the NSDC. It is the SMA that owns and administers sanatoriums, hospitals for government employees, and state residencies. “Koncha-Zaspa” and “Feofaniia”, and more than 60 other state-owned enterprises belong to the SMA. Until recently, the SMA even owned the Zhytomyr Liquor and Vodka Distillery Factory. It is this Management that owned the hotel “Dnipro”, as well. In general, there are billions of hryvnias allocated from the budget to maintain the State Management of Affairs: UAH 2.64 billion—in 2018, UAH 2.4 billion—in 2019. The financial report 2020 has not been published yet, however, UAH 2.4 billion had been planned to spend on the SMA back then, while UAH 3.1 billion has already been budgeted for 2021. Accordingly, the SMA spends a lot of money, as well.

According to Prozorro, in 2020 the State Management of Affairs has made 360 purchases, which resulted in 357 contracts for UAH 97.2 million. In comparison, in 2019 the SMA has signed procurement contracts for UAH 131 million, and for UAH 212 million in 2018.

In 2020 91% of the purchases made by the SMA (almost 84% of the total) has resulted in the contracts with suppliers of the field—without auctions. It is due to the current procedures of the Ministry of Economy which state that procurement items are chosen separately (as if from scratch) for each event or official reception with the participation of the President, the Chairman of the Verkhovna Rada, or the Prime Minister. Therefore, costs are mainly below the threshold. During the year, the SMA has held only 21 tenders. Under competitive procedures, the SMA mostly purchased various software and office supplies:

From 2 to 6 participants participated in competitive procedures, and the price for them decreased by UAH 885 thousand.

The biggest expenditures of the SMA

In second place in 2020 were the procurement of state awards — UAH 13.4 million. The SMA spent almost UAH 7.9 million on various software, including UAH 3.3 million on antivirus software.

How much does a presidential press conference cost?

According to our calculations, the Management spent at least UAH 269 thousand on the press conference of Volodymyr Zelensky in the Mariinsky Palace, which took place on May 20, 2020, in particular:

Incidentally, Maryna Andriivna Hrytsuliak, a private entrepreneur, designed the venue for the press conference. According to the NACP, in 2019 she received almost UAH 1 million from the party “Servant of the People”. At that time, she also provided event decoration services.

A significant part of the expenditures made by the SMA are various state awards, bouquets, gifts and souvenirs.

For instance, last year the Management bought flowers for UAH 556 thousand. They were purchased from 5 suppliers, and more than half of the money went to the private entrepreneur Iryna Volodymyrivna Mahdych. It is peculiar that she registered her private enterprise in 2014, however, she took part in public procurement in 2020 for the first time. All 36 direct contracts she concluded with the SMA.

Another UAH 938 thousand the SMA paid for watches, they bought a total of 226 items. Prices for chronometers ranged from UAH 3.5 to 4.5 thousand.

More than UAH 490 thousand the SMA spent on souvenirs and the paraphernalia for events and official receptions attended by the President. The Management purchased:

The SMA is also responsible for the purchase of state awards, which are then awarded by the President. In 2020, UAH 9 million was spent on them. Incidentally, the Management purchased:

They also purchased badges with the honorary titles of Ukraine:

Almost UAH 640 thousand was paid for the document forms that certify the awarding of state honors. The SMA also purchased almost 3 thousand cases for the award packages for UAH 611 thousand.

In almost 21 years of the existence of the State Management of Affairs there were five terms of four presidents: L. Kuchma, V. Yushchenko, V. Yanukovych and P. Poroshenko. And each of the presidents promised, if not to privatize part of the property of the State Management of Affairs, then at least to reduce funding for this structure. Volodymyr Zelensky also supported the large-scale privatization of SMA facilities. Although the first step has already been taken since the Hotel “Dnipro” had been sold, billions of hryvnias of taxpayers are spent on the maintenance of the entire management structure every year. In 2021, the biggest sum of money has been budgeted for the SMA in recent times, even though the expected costs of all purchases made by the institution have been reducing since 2018. And given that even in Prozorro the SMA spends money on mainly direct contracts, budget savings are not to be expected.