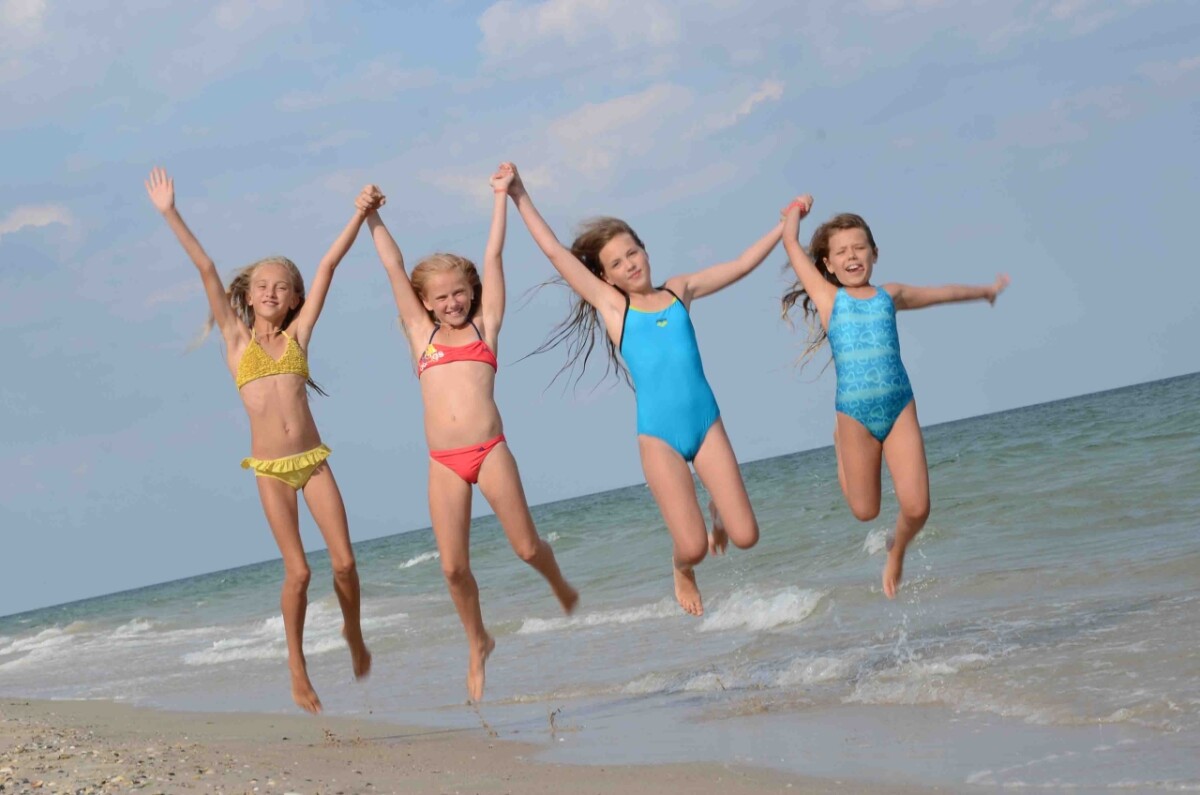 Sea Holiday Is Postponed: Why Kyiv Could Not Send Children to Summer Camps on Time

The tender with an expected value of UAH 22 mln, announced by the KCSA’s department for organizing recreation for children of privileged categories, has been the subject of continuous appeals. Now, if children do get to the sea, it will be almost September.

The Kyiv city authorities annually pay for the summer holidays of children receiving aid. So, in 2020, 2,184 children were sent to summer camps, and this year they plan to send about 5,000 benefit holders on vacation (these data were provided to DOZORRO by the KCSA).

The city budget pays for children’s stay in summer camps located near Kyiv, in the Carpathians, in Zakarpattia region, and on the Black Sea coast. The Department of Youth and Sport of the KCSA handles this process. Except for benefit holders (the full list of which can be found here), the department also organizes camps for children from city creative groups and sports schools.

This year, the department has announced several procurement transactions of recreation services for children. Three contracts have been successfully signed so far:

The largest and most attractive procurement transaction estimated at UAH 22.05 mln for the seaside holiday for benefit holders has not yet taken place.

Procurement of recreation services in children’s establishments on the Black Sea coast was announced back in March of this year. For UAH 22 mln, they planned to get vouchers for 1,400 children (three shifts throughout the summer). The procurement was announced as one lot, that is, all Kyiv benefit holders had to spend their holiday in one seaside establishment. Given the number of children per shift, it should have been a fairly large health resort.

The procurement included requirements for the capacity of the establishment, technical and safety conditions, as well as a requirement for owning or renting beach (exclusively in the open sea). In addition, several non-price criteria were also included in the tender documentation. They are not obligatory for businesses. However, if the participant’s offer meets these criteria, they will get a certain percentage advantage at the bidding.

In this procurement transaction, the list of non-price criteria that the procuring entity planned to take into account when evaluating tender proposals was considerable:

And it was these specific criteria, along with several other mandatory requirements, that became a stumbling rock that slowed down the procurement process at the very beginning.

Quickly enough, after the tender was announced, one of the participants turned to the procuring entity with demands to remove the discriminatory, in their opinion, conditions of the tender documentation: starting from the location of the establishment (the Black Sea coast) and up to the criteria for equipment.

However, the procuring entity did not satisfy these requirements. Probably, they were presented by the SE Pivden-Kurort-Servis, after all, it was this company that subsequently contested the procurement with the Anti-Monopoly Committee. The AMCU ruled the following: the complaint about the condition of a private beach exclusively in the sea area was not satisfied, and the complaint about the widespread use of non-price criteria was satisfied.

The Committee justified this decision by saying that the non-price criteria defined by the procuring entity are not included in the relevant list in the legislation. This matter is quite controversial. The AMCU believes that the list of non-price criteria in the Law “On Public Procurement” is comprehensive, while the Ministry of Economy has the opposite stance.

After the final decision of the AMCU, non-price criteria had to be removed from the procurement. Only, even here, the body’s work with this tender did not end.

SE Pivden-Kurort-Servis also contested the fact that their offer had been rejected, while competitors’ offer — sport and health camp Lisotekhnik and PE Mykolaiv-Kontrast — were allowed to auction. The documents of these participants really did not fully meet the requirements. The AMCU satisfied the second part of the complaint, therefore, all offers at this auction were rejected. Accordingly, the tender was automatically canceled.

We reviewed the “business cards” of the participants of this unsuccessful tender in more detail. It is immediately striking that the avid complainant of the KCSA procurement, the state enterprise Pivden-Kurort-Servis, also has the largest experience of cooperation with this Kyiv procuring entity among the three participants. In 2019-2020, the company won five tenders of the Department of Youth and Sports with a total cost of almost UAH 30 mln. That is, previously the procuring entity was satisfied with the services. However, the participant’s bid did not meet the requirements: according to state standards, children, while on recreation, can live in maximum 3-storey buildings, and the company wanted to place some benefit holders in an 8-storey building. In addition, as of now, Pivden-Kurort-Servis does not have its own or rented beach on the Black Sea coast — the establishment is located on the shore of the estuary, the sea is about 1 km away.

However, two other participants of the unfortunate procurement — sport and health camp Lisotekhnik of the Ukrainian National Forestry University and private enterprise Mykolayiv-Kontrast — until now, had no experience of cooperation with the Department of Youth and Sport of the KCSA at all. The Lisotekhnik didn’t receive any orders in the Kyiv market for these services from budgetary institutions. Mykolayiv-Kontrast only won twice in this region, in 2017, with the then Department of Education, Science, Youth and Sport of the KCSA.

However, it is the children’s establishment of the latter company, the Mayak camp in the village of Rybakivka of Mykolaiv oblast, that clearly meets many of the specific non-price criteria from the list that the KCSA department applied in the canceled procurement. This includes the distance to the beach and several characteristics of sports grounds (there is a climbing wall, rope park, boxing ring) and recreation areas with multimedia equipment.

The disappointing result of this holiday procurement was summed up at the end of June (AMCU decision of June 25, 2021). The department announced a new one for the same services on June 29. Now, this procurement transaction contains only mandatory criteria, and the winner will be determined only by price. The list of requirements for the establishment has also changed, and the procurement is divided into three lots: recreation in Kherson oblast, in Odesa oblast, and the last one — in Kherson and Mykolaiv oblasts. The number of children applying has also increased — now it is 2,100 persons (for the same expected cost).

However, this is where the good news ends. It is already mid-July, and the procurement is only at the stage of submitting proposals. So far, the auction is generally scheduled for September 3 (the date was automatically determined by the system, but it may still change). That is, now the approximate dates of children’s summer holiday at the seaside are actually the end of August and September.

The DOZORRO received a comment on the situation with summer holidays at the seaside for children of privileged categories from the Department of Youth and Sport of the KCSA:

“A seaside holiday in September is really technically difficult, since the educational process is already beginning. We held consultations with the district state administrations that provided lists of benefit holders for recreation on this issue (the situation with the forced postponement of holidays due to the contested procurement), and we expressed a wish to bring the arrival dates as close as possible to the end of August-beginning of September. Now, we hope that we will be able to organize the process so that the majority of children will go on holiday starting from August 20, then they will lose only a few days of the new school year, said the head of the Department of Sports Reserve, Physical Culture, Mass, and Health Work of the Department Sviatoslav Syrota. — The deadline for submitting proposals in the new tender is July 30. If we manage to quickly review them and make a protocol on the same day, then all stages of the procurement are completed within 20 days and in August, we will start sending children on holiday.”