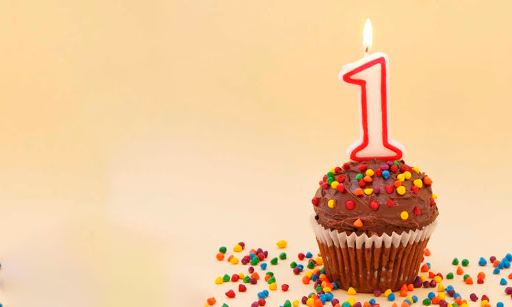 A year ago, a new version of the Law on Public Procurement came into force. Everybody had great expectations. Let us analyze whether such an awaited reform lived up to them.

All tenders can be traced in Prozorro

Occasionally the media space explodes with such kind of news as “Ukrainian theater bought a cake from supermarket through a tender in Prozorro.” On the one hand, it’s a pity that not all journalists have yet learned to distinguish between procurement procedures and to verify information. On the other hand, such news shows that since last year, any information on all public procurement in the country can be found in the system, and the public is really vigilant. Sure, no one buys a cake at the auction tender. It’s been a year since procuring entities are required to publish in the system the information about all their tenders starting from 1 kopiika. Now we see everything.

Some pre-threshold tenders have been removed from the shadows

Another change we have been waiting for is the introduction of simplified procurement. Until last year, procuring entities had the right to buy before the thresholds (UAH 200,000 for goods and services and UAH 1.5 mln for works) under direct contracts, i.e., without an auction for price reduction. The new edition has introduced another element, namely, simplified tenders from UAH 50,000 to the threshold. The procuring entity announces a tender in the system. If bids are submitted by two or more participants, an auction is held, if there’s only one — the procuring entity can immediately sign a contract with them. In this way, over 260,000 tenders were conducted during the year and almost UAH 3 bln was saved.

Therefore, more than a quarter of a million tenders have already been brought out of the shadows. However, TI Ukraine’s research has shown that both procuring entities and participants are not completely satisfied with the simplified procurement. Businesses want more opportunities to protect their rights in such tenders, and procuring entities are concerned about some inconsistencies in the law. Fortunately, a draft law aimed at fixing them has already been registered.

Instead, we also notice that simplified tenders become difficult often because of the procuring entities themselves, when they demand a lot of extra documents from the participants. We hope that professionalization in the field will correct this situation over time.

Some procuring entities complain that simplified tenders are resource-consuming, not always justified, and long to conduct. The new edition has presented a great alternative, namely, the Prozorro Market E-catalog.

This is a kind of national E-bay, where bids from reliable suppliers are collected. Only in two clicks, the procuring entity can buy goods worth up to UAH 50,000; this is much faster and has less risk because the contractor has already been qualified by Prozorro Market administrators.

At the same time, for tenders from UAH 50,000 to UAH 200,000, a separate tool for requesting price bids has recently been launched. A procuring entity indicates how much and which product they want to buy, and suppliers from the selected category of the Prozorro Market provide their bids. Then the system automatically determines the winner — the one who offered the best price.

We hope that E-catalogs will continue to expand and improve as they provide the perfect balance between transparency and convenience.

The new edition also introduced more opportunities for businesses to protect their procurement rights, in particular when contesting procurement procedures in the Anti-Monopoly Committee of Ukraine. First, it has become more convenient to pay for contesting since the electronic payment was introduced.

Moreover, the cost of the contesting has become differentiated; now it depends on the expected cost of the tender/lot, as well as on what is being contested: the requirements to the tender documentation, the disqualification of a participant, etc. At the same time, if the contesting is satisfied in the AMCU, the funds are reimbursed to the complainant. However, the contesting cannot be withdrawn. All this helps to fight tender trolls, i.e., dishonest businesses trying to delay or disrupt the tender by contesting the procurement.

We are currently working on a large study of the effectiveness of procurement contesting in the AMCU under the new rules. And we can already state that now the contesting is satisfied much more often than it was under the old rules.

At the same time, one of the innovations the business had high hopes for needs adjustment, namely, contesting procurement withdrawal. Sometimes procuring entities do not favor the participants that have come to participate in the tender, so they just stop it. And even when the AMCU finds such actions illegal, some procuring entities find ways to circumvent the body’s decision. For example, the AMCU’s decision is executed first, and then the tender is canceled again.

Since last year, an interesting new functionality named Abnormally Low Price (ALP) has appeared in Prozorro. The system itself finds bids that could potentially be dumped and highlights them. Suppliers must justify their bid. If they are unable to do so, the procuring entity has the right to choose the next most advantageous bid.

It was expected that the ALP will protect procuring entities from dumping, but for now, it does not work exactly as intended. There are no clear requirements on how a participant can confirm that it can sell so cheaply. The law contains a list of options for justifying the ALP, but it is not conclusive. According to our research, participants provided calculations to support their price bid in only 24% of justifications. Mostly they do not provide clear arguments at all.

The ALP system needs to be further researched and improved based on statistical data. In addition, other ways to prevent dumping should be considered.

Ability to correct an error

The new version has also given procurement participants the opportunity to amend their bids. This only applies to the errors concerning the qualification criteria and the signatory power. If the procuring entity finds them in the most cost-effective bid, the participant is given a day to correct them.

This option has saved over UAH 1.7 bln a year because procuring entities did not have to reject the best bid due to formal errors.

By the way, this option was included in the new version at the request of the business. We hope that in the future the list of errors that can be corrected within 24 hours will only expand.

One of the most important but probably the longest parts of the reform is the professionalization of the field.

First of all, gradually all procuring entities switch from tender committees to authorized persons. And it’s not just employees for whom procurement is an additional assignment, often unpaid, but real professionals. To become an authorized person, a test needs to be taken. At the same time, even if the specialist performs other functions, i.e., has another main job, they will be paid extra for conducting procurement. We hope that in addition to fairness, this innovation will also improve the quality of procurement in the country.

The second part of professionalization is the Central Procurement Organizations (CPO). These are the organizations created to conduct tenders for other procuring entities. They involve procurement specialists.

Currently, there are two CPOs in Ukraine: the State Institution “Professional Procurement” and the State Enterprise “Medical Procurement of Ukraine.” By the way, it is their specialists that take care of filling the Prozorro Market.

Above all it is convenient precisely for procuring entities because it’s not them who takes responsibility for the quality of goods and the integrity of suppliers, but the CPO. And the CPO really manages to conduct tenders at a high level. It is worth mentioning the autumnal central procurement of 416 ambulances by the “Medical Procurement of Ukraine” SE. With the help of a preliminary analysis of the CPO market, over UAH 120 mln was saved.

We only hope that the CPOs that will be created in Ukraine, for instance, in the regions, will be no less professional.

Not by the price alone

“In Prozorro, everything depends on the price,” we keep hearing up to this day, despite the fact that the new edition regulates the use of non-price criteria. Procuring entities can determine other factors that will influence the choice of the winner; the only important thing is that they mustn’t amount to more than 30%.

Imagine you are buying a light bulb. Of course, an ordinary incandescent lamp will cost less. But if in addition to the price you also consider the duration of use, it is more profitable to buy a fluorescent one. It will work about 10 times longer.

Unfortunately, since the new edition came into force, procuring entities began to use non-price criteria even less often than before. And those using functionality often do it wrong. This situation needs to be corrected.

In addition, we look forward to having Prozorro’s lifecycle cost functionality in work. Procuring entities then will be able to conduct tenders, considering not only the price of the product, but also the costs it will incur during its operation: energy consumption, maintenance, disposal, environmental impact.

Finally, we can’t help but mention that the new edition has brought on more responsibility and justice into the field. Fines for violations have been differentiated. Previously, for any violation a fine of seven hundred to one thousand non-taxable minimum incomes was imposed  (i.e., from UAH 11,900 to UAH 17,000). Now, procuring entities pay UAH 1,700 for minor violations and up to UAH 170,000 for significant ones.

Of course, this does not solve the problem of control in the field in general, but such changes are surely the first step in the right direction.

In general, the new edition has met the expectations. It has really brought about many positive changes. At the same time, it is worth remembering that any good reform is not the end, but only the beginning of the way. It is necessary to monitor how the new rules work in practice, analyze, find shortcomings and correct them. And by no means underestimate the importance and positive impact of the reform even if not everything worked 100% as had been intended. The new edition is an important and undoubtedly positive event for the field. But there’s no stopping.