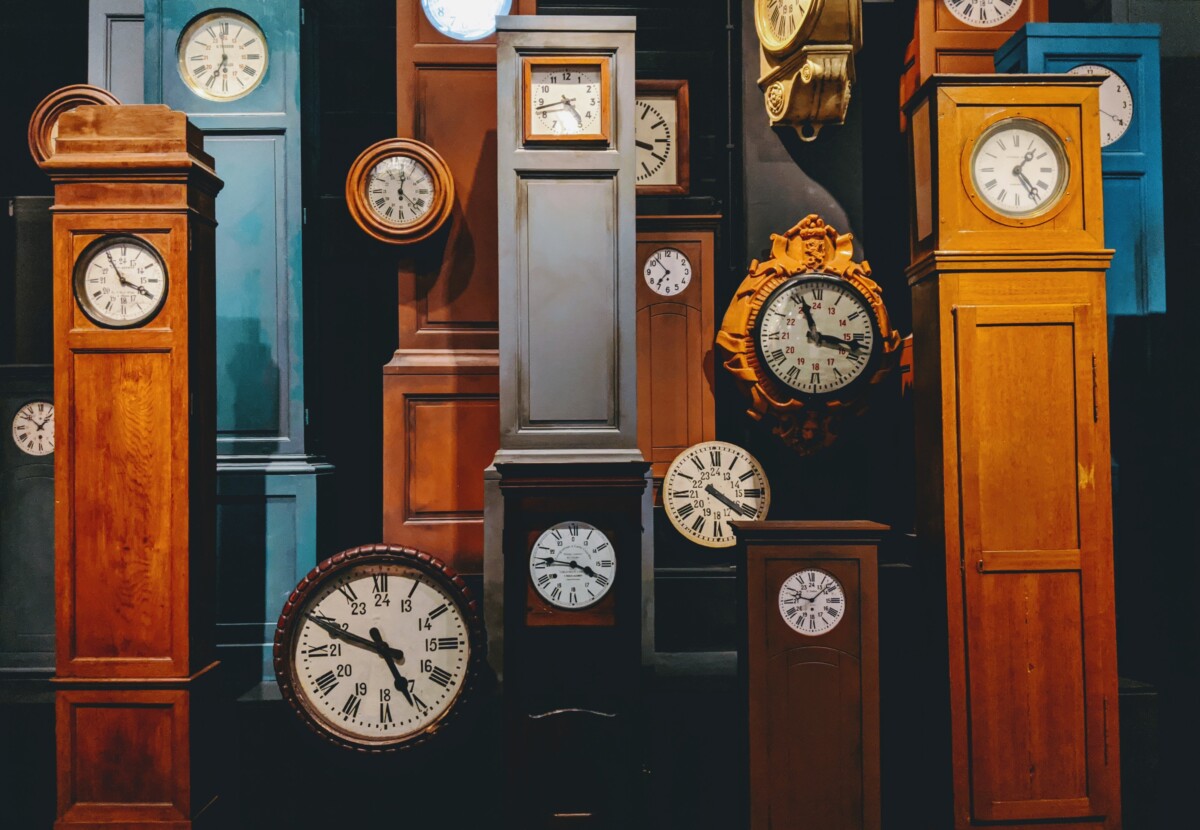 History of public procurement from Independence to the present day.

In the first year of Ukraine’s independence, there was no procurement as such yet. At that time, there were “state orders,” as at the end of the USSR’s existence. This term was first used by the State Planning Committee of the Ukrainian SSR during the development of the national economic plan for 1988. At that time, normal market relations were out of the question — these were annual planned tasks for enterprises to produce goods. The state order indicated the buyer organization, the list of goods, works, or services required for it, their volume and value, and the executing enterprises. The state order covered 70-80% of the total volume of the national economy and was fully provided with the necessary material resources. Products that were manufactured exceeding the state order were allowed to be sold independently by the manufacturer. In fact, it legalized the right of enterprises to engage in commercial activity and make a profit.

This way, the state not only ordered products for those institutions that were financed from the budget, but also simply managed production of the whole country.

After the first year of independence, the state order lost its function of regulating the economy. Since then, procurement was conducted only for institutions that were financed from the budget. The formation of a single state order was the task first of the Ministry of Economy, and in 1993 — of the President. Every year, he approved Decrees on State Contract and State Order — they indicated both the volume of procurement and its financing.

State orders no longer specified performing companies, and their procuring entities could choose independently and sign direct contracts. However, there were no uniform rules on how to do that yet.

However, in those days, competitive procurement began to emerge. In 1993, the Cabinet of Ministers adopted the first “tender” resolution — it allowed purchasing a certain list of goods, works, and services abroad and described how to do it. For example, if the order price exceeded USD 100,000, it was necessary to conduct competitive procurement.  During the period of validity of this decree (from October 1993 to June 1997), the Ministry of Foreign Economic Relations and Trade of Ukraine registered 66 such international tenders.

Therefore, competitiveness in procurement worked quite one-sidedly: it was necessary to conduct tenders with foreigners, while inside the country everyone continued to buy directly.

In that resolution of the Cabinet of Ministers, for the first time in the Ukrainian legal regulatory framework, the main procurement terms appeared: tender, tender bid, etc. In December 1995, the Verkhovna Rada adopted the procurement law — Law of Ukraine “On Deliveries of Products for Government Needs.” It started working a year later, and for the first time made it obligatory to select procurement performers on a competitive basis. This law introduced several other rules:

– it determined the list of procuring entities (ministries, central state executive bodies, regional administrations, other organizations and institutions that the government has authorized to conclude state contracts);

– it specified their functions and responsibilities;

– it identified sources of financing orders;

– it established control over money and responsibility for misuse of funds;

A year after the law on public procurement came into force, the rules were starting to be reinforced. Ukraine was preparing to join the World Trade Organization, and to do this, it was necessary to bring our practices closer to its requirements. Therefore, the Cabinet of Ministers adopted several resolutions:

·     “On the Organization and Conduct of Auctions (Tenders) in the Field of Public Procurement of Goods (Works, Services)”;

·     “On the Creation of a Unified System for Purchasing Goods (Works, Services) at the Expense of the State Budget and Foreign Loans Attracted under the Guarantees of the Cabinet of Ministers of Ukraine”;

·     “On Conducting Auctions (Tenders) in Construction.”

– procurement starting from UAH 70,000 had to be announced in the “Bulletin of Public Procurement.” This is a state-owned periodical that the Ministry of Economy created in 1999.

– procurement starting from UAH 100,000 was supposed to be additionally published in foreign catalogs.

However, often these rules remained only on paper, and institutions developed their own internal regulations.

In 2000, MPs adopted the first “tender” procurement law — “On Government Procurement of Goods, Works, and Services.”  It described all the procedures and rules in much more detail, and, for the first time, introduced the possibility to contest procurement with a separate body, and not the procuring entity, who conducts it. Since then, it was also mandatory to print all announcements about auctions and their results in the paper “Bulletin of Public Procurement.”

Over the following years, the Cabinet of Ministers issued the necessary orders; several provisions have been preserved in the modern regulatory framework. Finally, in 2003, Ukraine established rules on how to determine procurement item for the first time. Now it is the code of the state classifier (CPV code), then it was based on the goods nomenclature of foreign economic activity.

At the beginning of the millennium, procurement moved forward, but in 2005 the situation changed. At the peak of the Orange Revolution, instability and even a certain randomness in power were exploited by people who were by no means interested in fair tenders. The period of the “Tender Chamber of Ukraine” started.

Formally, it was a non-profit union of civil society organizations, which was supposed to provide public supervision over the procurement sector. However, the reality was quite different. The activity of the “Tender Chamber of Ukraine” is called one of the largest national corruption schemes. The union administered a private website where procuring entities were required to publish information on public procurement. Nominally, the site was free. However, in practice, procuring entities and participants had to pay for additional functionality; without it, it was almost impossible to announce procurement or take part in it.

For example, a business had to pay extra to private intermediaries for various services: consultations, paperwork, pseudo-guarantees for mandatory tender security, extracts, and so on.

The union’s activity is associated with MP Anton Yatsenko and his family. Now, he is a member of the parliamentary group “For the Future” and in January 2014, Yatsenko voted for dictatorial laws.

Losses from the activity of the “Tender Chamber of Ukraine” were evaluated differently, but in each case the amounts are huge:

– according to calculations of the Main Control and Audit Department, in the first six months alone, the scheme illegally pulled UAH 930 mln out of the pockets of participants (at that time — USD 200 mln). Therefore, for 2.5 years of its existence, it could cause losses amounting to USD 1 bln.

– according to the SBU estimates, the organization and its related structures caused damage to the state of about USD 500 mln.

In the end, the public procurement crisis reached such a level that in March 2008, the current procurement law was abolished. The sphere began to be regulated by temporary provisions, and at the same time, in 2008, the Ministry of Economy developed a starting version of the national web portal “Public Procurement” (http://www.tender.me.gov.ua). This continued until 2010.

In 2010, the legislative regulation of public procurement began to revive. MPs adopted a rather progressive at that time Law “On Government Procurement.” Since then, the AMCU became the appeal body, and not the Ministry of Economy, as before. This is in line with EU standards, where the sphere regulator and the appeal body are always two separate bodies. In addition, the law introduced the concept of a framework agreement, normalized the list of exceptions to the rules, and so on.

Even despite these positive developments, the sphere was still in a zone of turbulence: the law was constantly being amended. More and more new tenders were actively withdrawn from its scope. In June 2020, the law spelled out more than 40 exceptions.

For example, procurement for Euro 2012 was allowed to be conducted without competition. According to the report of the Accounting Chamber, the National Agency for Euro 2012 approved 304 procurement transactions in 2011-2012, which were held without competition, for a total amount of UAH 18.8 bln, while the information about the purchased Hyundai trains was classified.

The Revolution of Dignity changed everything. Immediately after it, the new government quickly prepared and passed a new law “On Government Procurement,” while the hard work on an e-procurement system continued. It was created jointly by officials, the public, and the business. The Prozorro reform was officially presented in February 2015, and the name for the system was chosen just a few days earlier — by voting on Facebook. On December 25, 2015, the Verkhovna Rada adopted a new law “On Public Procurement.” The transition from old paper public procurement to new transparent and open public procurement took place. The use of Prozorro became mandatory for central authorities and monopolists on April 1, 2016, and for all other procuring entities — on August 1.

Since then, all procurement transactions have been conducted online, and every citizen can see what, how, from whom, and for how much procuring entities buy. This allowed to stop some corruption schemes, light was shed on others; now all information about procurement is visible in the system. Successful Ukrainian reform was discussed all over the world: Prozorro received international awards, and the system was set it as an example to improve public procurement in other countries.

At the same time, even after such significant changes and transformations, public procurement continued to improve. Over the next few years, MPs adopted several useful laws, in particular, the most famous of them is the 2019 version of the law “On Public Procurement.” It introduced the functionality of an abnormally low price, 24 hours for error correction, simplified procurement, authorized persons, and a number of other important innovations.

In April 2020, a new version of the law “On Public Procurement” came into force. However, this was not the only major change in the field. Ukraine, like the whole world, was forced to adapt to the new realities of life during the pandemic. To quickly provide hospitals and other institutions with everything necessary to fight the coronavirus, COVID-19 procurement transactions were allowed to be carried out directly. They were made back competitive only in the summer of 2021.

The field of public procurement has come a long way of formation, transformation, and development. Now it is important not to stop, not to return to the stages of schematosis and turbulence, but to confidently step towards the best European and international practices. We should all remember that the withdrawal of procurement from the scope of law, weak control over the sphere, and the possibility to evade punishment definitely do not contribute to the effectiveness of public procurement. Such actions do not enhance confidence in the sphere, but create conditions for the development of corruption. Therefore, before making changes to the law and especially excluding tenders from its scope, it is still necessary to honestly answer the question: what is more important for our country’s development — transparent and clear rules for all or the private interest of individual interested parties.