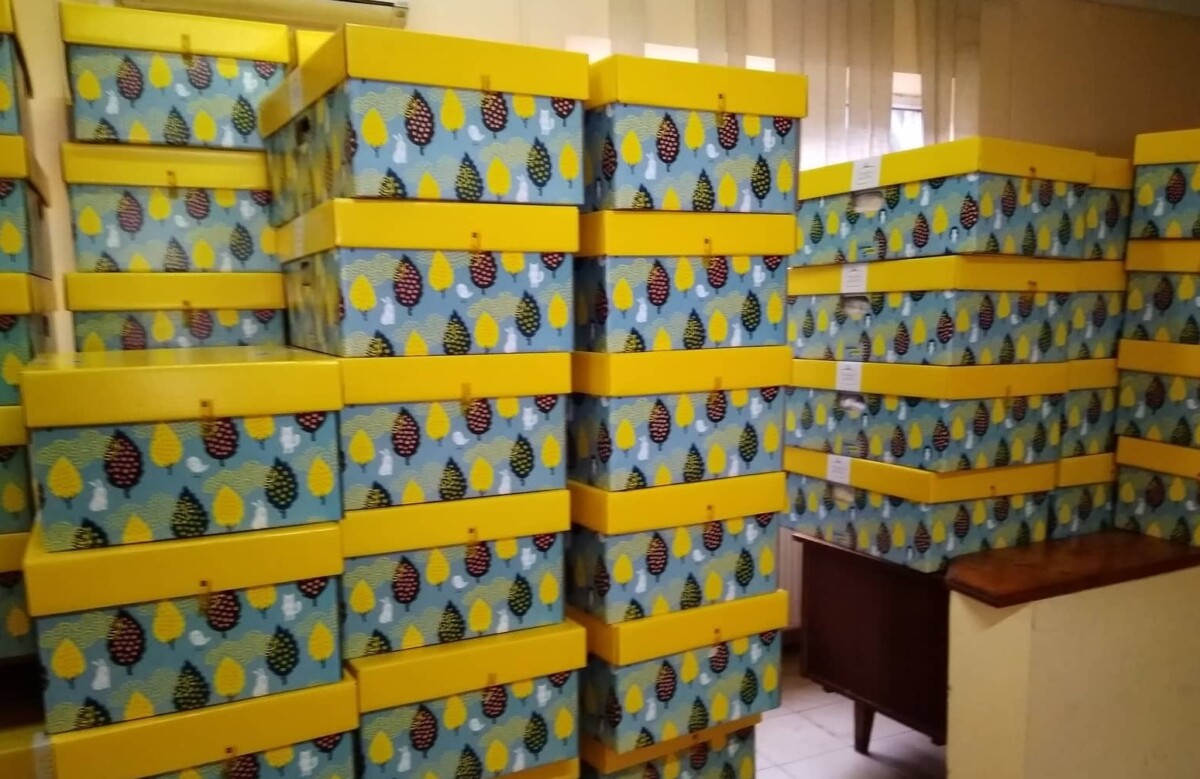 Tried Their Best: What Happened to Baby Care Packages

The baby care package is a social project launched by the Groysman government in 2018. Young parents began to receive in-kind assistance to provide newborns with the most necessary things in the first month of life.

Unfortunately, a good initiative was implemented through questionable methods, because the Cabinet of Ministers of Ukraine and the Ministry of Social Policy invented an interesting procurement mechanism bypassing tender procedures and Prozorro. The national budget funds were presented as international technical assistance.

The Ministry of Social Policy sent out draft agreements to all oblast state administrations, under which money was to be transferred directly through the treasury to the international organization UNOPS (United Nations Office for Project Services).  Officials were forced to sign it without any tenders.

Under these agreements, millions of government hryvnias were transferred to UNOPS. In return, the organization received its 4.5% and organized purchases of baby care packages throughout the country. At the same time, the first deputy minister of social policy assured everyone that such purchases would be made through Prozorro. That did not happen.

In fact, the baby care packages were purchased against the law, because the procurement sector is regulated by the Law of Ukraine “On Public Procurement.” This law does not allow for the possibility to purchase baby care packages through international organizations, bypassing Prozorro. Even if a similar procedure is provided for in another law, it cannot be applied in practice: such exceptions in procurement should be made in the relevant law.

In 2019, we wrote an appeal regarding this violation to the Prosecutor General’s Office and the National Anti-Corruption Bureau. However, neither the Prosecutor’s Office nor the NABU saw a problem in violating the law.

The Only Attempt to Buy Correctly

At the beginning of 2020, stocks of baby care packages in some areas began to run out. In fact, the new purchase should have been made back in 2019. However, the Ministry of Social Policy took quite a long time to decide what to do and how to act.

At the beginning of March 2020, although with a delay, the government finally decided that it was still necessary to buy packages through Prozorro and a centralized procurement organization. A month later, the long-awaited purchase appeared in the system.

It was preceded by open meetings with suppliers to discuss the organization of procurement, logistics, etc. In addition, the tender documentation for this bidding was widely discussed, and the tender requirements were formed in such a way as to ensure maximum competition and quality of goods.

However, all buyers know that announcing a tender is only one step on the way to concluding a contract. There are a number of other factors that can affect the purchase. And these factors did not take long to wait — according to the results of an appeal to the AMCU, the tender was canceled. It became clear that in the near future, packages will not appear where needed.

There’s really nothing wrong with that. Cancellation due to an appeal is a common practice, especially for procurement for large amounts. In such cases, the customer draws conclusions from the previous purchase and announces the tender again. However, to do this, you need to plan such procurement in advance and include the likely risk of appeal and cancellation in your plan.

The Ministry of Social Policy, instead of learning from the previous tender and announcing it again, decided to abandon the idea of purchasing baby care packages altogether. This is how monetization appeared. Parents began to be offered a new mechanism — money that appears on a special card, which can only be used in a specific list of shops.

Criticism of Monetization and Return to Packages

Monetization of the baby care package did not last so long; it was criticized, in particular because of its opacity. Many people have a question about the list of specialty stores where you can spend the monetary equivalent of a package. The Ministry did not explain by what criteria the stores will be included in this list. Also, the process of receiving funds for a special card was much more complicated than just signing for a package in the maternity home. Furthermore, retail prices are usually higher than wholesale prices. Therefore, for the monetary equivalent of a package, parents could hardly buy everything that was included in state aid on their own, but this is where parents’ experience and input would be useful.

As a result, the hybrid model became the best one. MPs decided to return the baby care packages through legislation, but provided for the possibility of receiving money instead. Starting from the new year, baby care packages must be purchased through Prozorro in accordance with the Law of Ukraine “On Public Procurement.”

However, the old schemes also remained. Until the end of this year, assistance will be purchased under the same procedure as in 2018 — through UNOPS. And this is a problem, because such purchases still violate the law. According to this law, such purchases must be made through Prozorro. And the fact that the procedure is spelled out in another law does not make it legitimate. All exceptions should be prescribed in the Law “On Public Procurement.”

What to Do Next

To date, the Ministry of Social Policy does not report anything about the procurement of baby care packages. It’s already November, and the purchase, as always, takes time. It is difficult to say whether the Ministry will have time to repeat the tender of 2018 before the end of the year. On the one hand, if it does not have time, it will not violate the procurement legislation again. On the other hand, young parents will be left without help.

By the way, according to the changes that were adopted in October, it will be possible to receive money instead of the package only from July next year. What will be happening during between now and then seems unclear.

The best solution now is to start preparing tenders through Prozorro as early as possible. It is already obvious that time has been lost and interruptions in the baby care package delivery cannot be avoided starting from January. But the Ministry of Social Policy should take into account the previous unsuccessful procurement experience and announce the purchase on Prozorro as soon as possible.