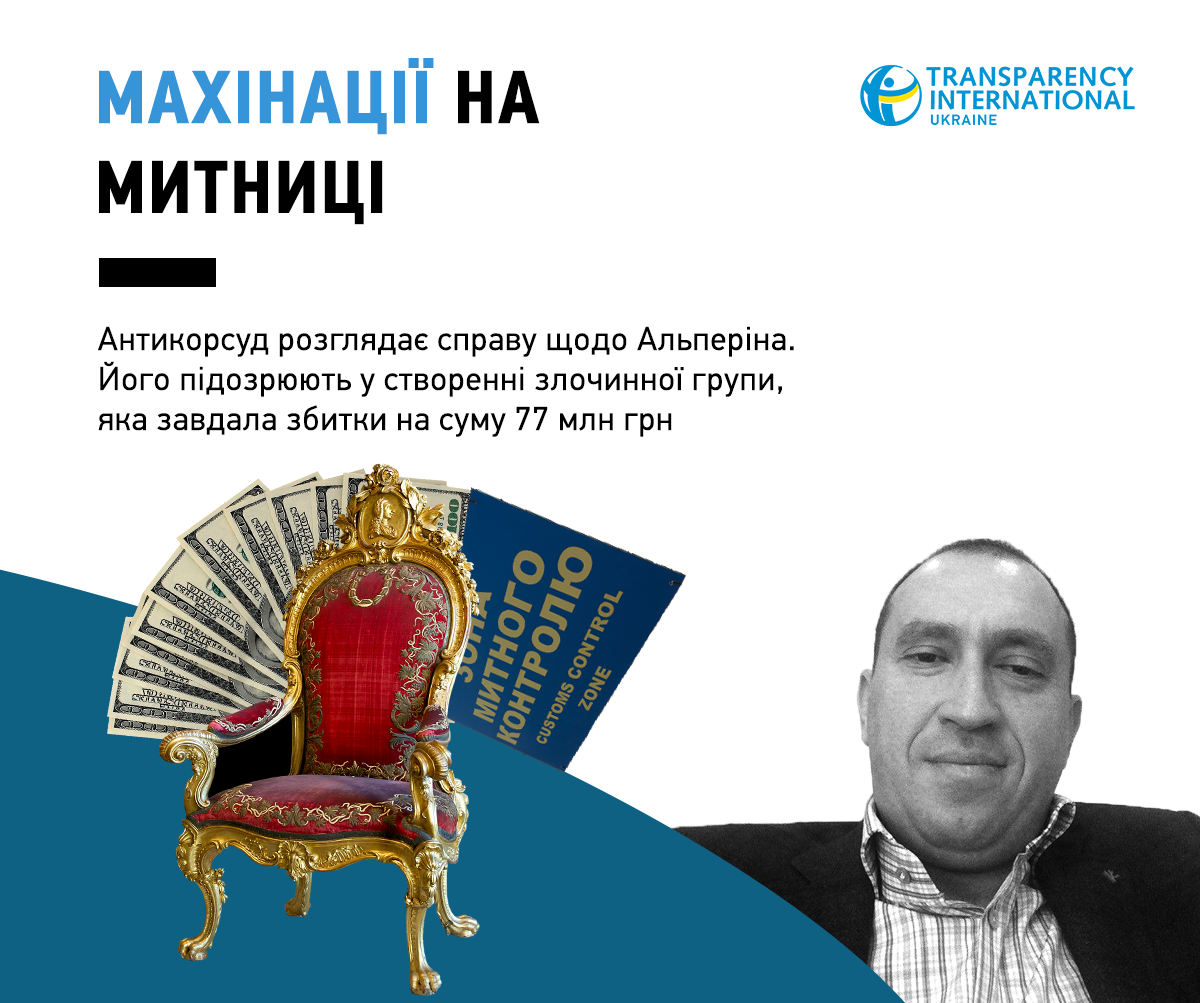 Court Trial of “Godfather of Smuggling”

The High Anti-Corruption Court is trying the case of the “godfather of smuggling,” aptly nicknamed by President Zelenskyy.

The court has selected a pre-trial measure of containment for Alperin: detention with optional release on bail in the amount of UAH 70 million. If the detainee accepts the bail agreement, he will have to leave his ID with the court, wear an electronic bracelet, show up to the police immediately when summoned, etc.

The SAPO asked to detain Alperin or to demand a bail in the amount of UAH 288 million. Here’s the whole story.

Who is Alperin and what’s it all about?

Alperin is a famous Odesa businessman. The investigation believes that he was the head of a criminal organization that imported goods into Ukraine using customs papers with misleading low prices. The NABU says that the losses from tax scheming constitute UAH 77 million. SAPO prosecutors say that Alperin allegedly created two groups: one was receiving the goods in Odesa, and the other one forged paperwork in Kyiv.

How did Alperin try to affect the course of events?

The customs office wasn’t checking the risky companies of Alperin’s group even though the automatic system did flag them. To hide the crime, customs officers sometimes corrected the price of items, but did it in a way that would enable to reverse everything with court decisions. Moreover, customs officers didn’t send any queries to the countries of origin of the goods (China, UAE); otherwise it would’ve become clear to them that there was no actual export.

The NABU, on the other hand, did send an information request to designated agencies in Turkey and got an authorized individual of a company whose beneficiary was Alperin to testify against him. According to the witness, the company didn’t supply goods to Ukraine, but their cost was actually several times as high as the cost stated in Alperin group’s declarations.

How did the case go?

In 2017, the NABU detained Alperin. In 2018, the Prosecutor General’s Office sent his case to Pechersk district court, and until autumn of 2019, it was completely unclear what was happening with the case. The entire group, including Alperin himself, is suspected of organizing a criminal group, grand tax evasion, abuse of office with grave consequences.

The prosecution pointed out the risks in Alperin’s case. According to the information available to the investigation, Alperin has Israeli citizenship and states Israel as his place of residence. This can be used to avoid the case. The prosecutors say that his financial situation allows him to stay away from Ukraine indefinitely.

The case of Alperin is not the first scandal with corrupt scheming in the customs. Former head of the National Police of the Odesa region Dmytro Holovin is still detained at home for giving the cigarettes confiscated at the customs to private companies.