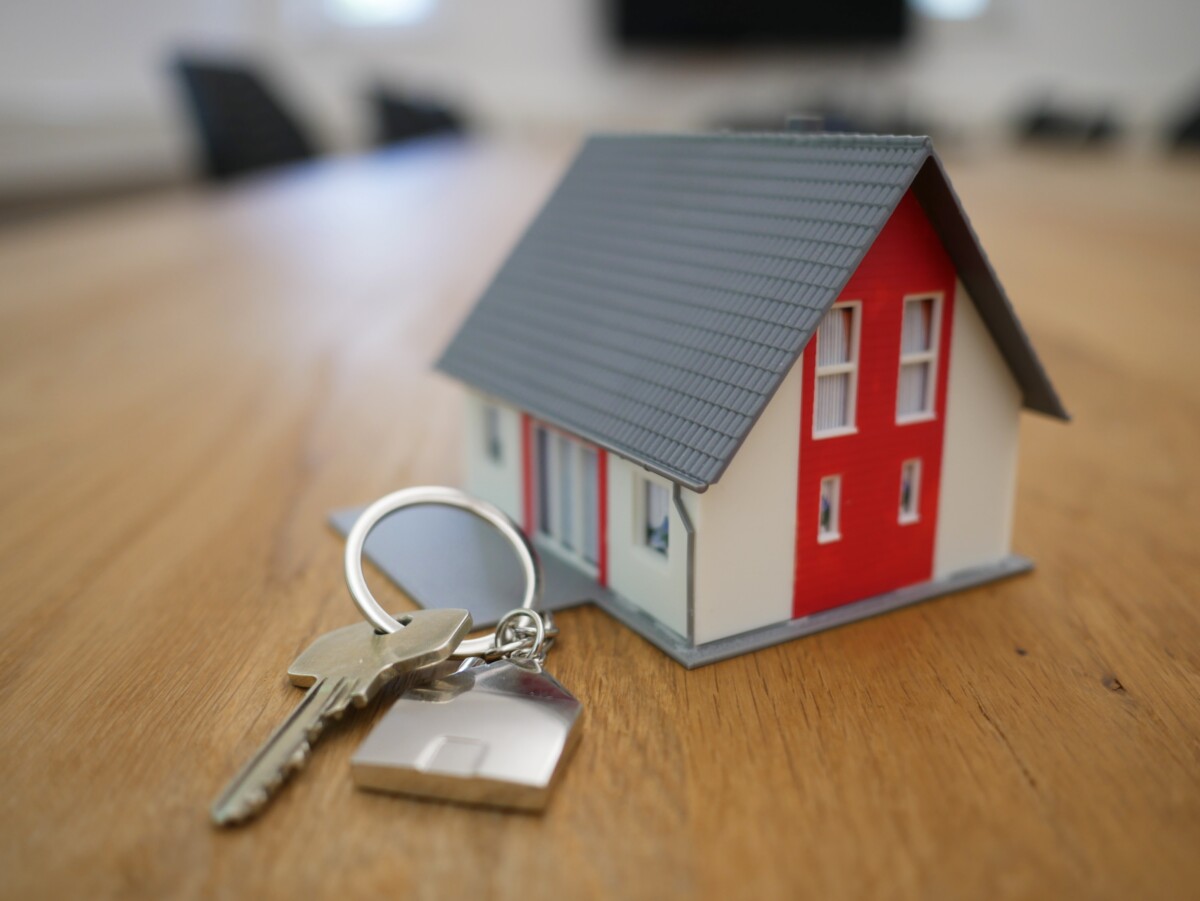 Drastic changes in the work of the State Property Fund: what does the privatization package of draft laws offer?

On January 4, 2021, the Verkhovna Rada registered several draft laws designed to comprehensively improve the legislation on the management of state and municipal property and speed up the privatization process in Ukraine. In particular, this includes:

Most of the fundamental changes, including those that radically change the procedure for the operation of the State Property Fund of Ukraine (hereinafter referred to as the SPFU, the Fund), are envisaged in draft law No.4572 “On Amendments to the Law of Ukraine ‘On State Property Fund of Ukraine’ and Other Legislative Acts of Ukraine Regarding the Assistance in Attracting Investment in the Process of Privatization and Lease of State and Municipal Property”

How will the structure of the State Property Fund change?

In the current version of the law “On SPFU,” the head of the Fund does not actually have clearly defined powers, but gives the deputies functional responsibilities at his/her discretion. Instead, draft law No. 4572 not only specifies the powers of the SPFU head, but also forms new collegial management bodies for a more efficient and balanced distribution of responsibility.

A Board consisting of 7 people will manage the activity of the SPFU. It will be headed by the head of the Fund, who, together with their First Deputy and five deputies, will be its member by virtue of office. The Board will conduct its work in the form of meetings that will be considered authorized if more than half of the total number of members are present at them. The powers of the newly created body, among other things, will include making decisions on the privatization of large-scale privatization objects, on the creation, reorganization, and dissolution, approving charters and appointing heads of state-owned enterprises related to the management of the SPFU. The Board will also approve lists of small-scale privatization objects and plans for placing shares of joint-stock companies in the process of their denationalization.

The explanatory note to the draft law states that the introduction of Patronage Service is necessary “to increase the level of information support in the areas of SPFU activity,” and the Board is formed for the purpose of “reducing corruption risks and preventing external influences that allow interfering in the exercise of the SPFU’s powers.”

Article 17 of the Law of Ukraine “On Civil Service” envisages that the state body provides for the position of “head of the public service.” In compliance with this provision of the Law, Article 10 of draft law No. 4572 introduces the position of Chief of Staff of the State Property Fund (similar to the position of Secretary of State in ministries). Their task is to plan work with the personnel of a state body, including organizing competitions for public positions of categories “B” and “C.”

Article 21, part 2 of the draft law proposes to envisage the amount of official salaries of the SPFU head and their deputies at the level of heads of the Central Bodies of Executive Power with a special status, “considering the coefficients of the ratio of official salaries to the average monthly salary by type of economic activity for the quarter, the average for the economy according to available statistical data:

It should be noted that this special formula aims to ensure a high level of wages and keep the most professional and motivated managers in their positions for as long as possible. This will reduce corruption temptations and the risk of disrupting privatization due to a possible change in the Fund’s management.

At the same time, Article 5 of the new version of the Law on SPFU proposes to grant the SPFU the powers that are not envisaged by the Article 7 of the Law of Ukraine “On Management of State Property Objects.” For example, this means the formation of collegial management bodies of the SPFU, maintaining the State Register of Appraisers and Subjects of Evaluation Activity, as well as working to attract international financial and technical assistance in areas within its competence.

If adopted, this will lead to a legal conflict due to inconsistency between the provisions of the draft law and the Law of Ukraine “On Management of State Property Objects,” which defines the powers of the SPFU.

The experience of state institutions in Ukraine shows that the introduction of collegiality in a certain body creates the foundation for some conflicts and slows down the pace of decision-making. As a result, the responsibility may turn out to be collective and, consequently, not personal. The experience of the National Agency on Corruption Prevention (NACP) in the period from 2015 to 2018 is quite illustrative in this context. For more information, see material by Oleksandr Kalitenko, TI Ukraine’s legal advisor.

What innovations are envisaged regarding the management of state-owned objects?

In draft law No. 4572, amendments to Article 36 of the Labor Code propose to add new grounds for termination of an employment contract with the head of a state-owned enterprise. This is about “the grounds envisaged by the Law of Ukraine ‘On Privatization of State and Municipal Property’ regarding the termination of an employment agreement (contract) concluded with the head of an entity of the public sector of economy.” This is because the heads of state-owned enterprises are mostly not interested in privatization and can block its preparation and implementation.

To appoint effective senior management as soon as possible when transferring an object for privatization, amendments to the Law of Ukraine “On Privatization of State and Municipal Property” (Article 12, part 2) envisage the automatic loss of validity of the contract with the head of an enterprise.

However, apart from additional leverage over dishonest officials, such changes also pose a significant corruption risk. They allow, in fact, to dismiss any head of a state-owned enterprise not because of unsatisfactory results of work, but solely on the grounds of transferring the enterprise for privatization. This can lead to the “manual” and not always righteous dismissal of an official for any reason and the use of pressure on them.

Amendments to Article 137, clause 12 of the Economic Procedure Code of Ukraine “Measures to secure a claim” introduce the impossibility of seizing the property of state-owned enterprises in respect of which a decision on privatization has been made. This should level out the possibility of abuse of procedural rights to stop the privatization process and save on the state budget on paying the court fee. In particular, the budget proposal of the SPFU for 2020 notes that the annual need for the amount to pay the court fee is UAH 19.915 mln, of which the state budget provides only UAH 5.730 mln.

However, the proposed mechanism does not ensure the full achievement of the goal. The article of the Economic Procedure Code in this version covers only one aspect of abuse of procedural rights and will not be able to prevent the termination, suspension, or other interference in the competition.

In addition, the conclusion of the Central Scientific Experts Office states that “the proposed amendments may lead to non-compliance with the provisions of Articles 6 and 13 of the Convention for the Protection of Human Rights and Fundamental Freedoms, which provide for the right to a fair trial and an effective remedy.”

It is also worth noting that the Constitutional Court of Ukraine in its decision of October 19, 2009,  No. 26-RP/2009 also noted that the prohibition of courts to secure a claim makes it impossible to enforce court decisions taken in individual cases, which actually means that it is impossible for individuals to exercise the right to judicial protection, guaranteed by Article 55 of the Constitution of Ukraine.”

Article 151 of the Code of Administrative Proceedings is proposed to be reworded in the way that provides, among other things, prevention of the adoption of measures to secure a claim that result in the termination, postponement, or suspension of a privatization tender (including the engagement of advisors) or holding an auction, including an electronic one. Abuse of procedural rights and initiation of legal disputes is a common way to stop privatization. This contradicts the state policy in the field of privatization, reduces budget revenues, and contributes to the illegal alienation of state and municipal property objects.

There are no effective remedies against abuse of Ukrainian rights. Accordingly, the privatization authorities do not have the ability to counteract the slowdown in privatization, except for involvement in legal disputes.

However, such a version will not be able to fully protect the privatization tender from court decisions that will result in its termination, postponement, or suspension.

Article 13, clause 24 of the new version of the Law “On the Status of War Veterans, Guarantees of Their Social Protection” provides that the lease of non-residential premises rented by persons with disabilities due to war for garages for special vehicles (cars, motorized wheelchairs, wheelchair bicycles, etc.) and the provision of parking garages for these vehicles, regardless of their form of ownership, is provided on preferential terms provided for by law.

This clause does not contain corruption risks, but it is inconsistent with the Law “On Lease of State and Municipal Property,” which refers to preferential leases for the corresponding centers. In particular, Article 15, part 2 of the Law of Ukraine No. 157-9 also grants the right to lease state and municipal property that is not included in the list of the first type without holding an auction to:

Article 7, part 2 proposes to amend the Law “On Privatization of State and Municipal Property” in the context of requesting information on tax and financial reporting from business entities of the public sector of the economy, state authorities, and authorized management bodies. Such amendments are necessary to clarify the legal grounds for better informing potential buyers about the object of privatization and the implementation of the function of the SPFU.

It is also necessary to define a clear mechanism for implementing the provision on drawing up a protocol on the commission of an administrative offense, and, in particular, to identify the organizer’s officials.

But the mechanism spelled out in Article 7, part 2 of the draft amendments to the Law functions only theoretically. This version of the amendments cannot provide a correction of the situation and requires finalizing the mechanism for implementing administrative liability.

The SPFU reform is not only a positive step, but also a kind of ideological continuation of the public administration reform that was implemented in Ukraine during 2015-2018. Then there was a division of senior positions in ministries into political (ministers and their deputies) and administrative (state secretary and heads of departments). However, along with positive innovations, the draft law contains corruption risks and many inconsistencies with the current legal norms in Ukraine.

Given the above, we recommend:

“persons with disabilities due to the war for garages-parking lots for special vehicles (cars, motorized wheelchairs, wheelchair bicycles, etc.), regardless of their form of ownership”;

“303) making a decision on the inclusion of objects of municipal property in the lists of objects that are leased, additional criteria for inclusion in such lists in accordance with the Law of Ukraine ‘On Lease of State and Municipal Property’”

“After the third paragraph, add a new paragraph with the following content: ‘from the date of transfer of functions for managing the property of state-owned enterprises, the contract with the head of the state enterprise, who continues to perform the duties of the head, is terminated until the privatization body appoints a new head.’”

“1) a copy of the decision of the State Property Fund of Ukraine or a representative body of local self-government on inclusion of an object of construction in progress in the list of state-owned objects and / or municipal property, subject to privatization;