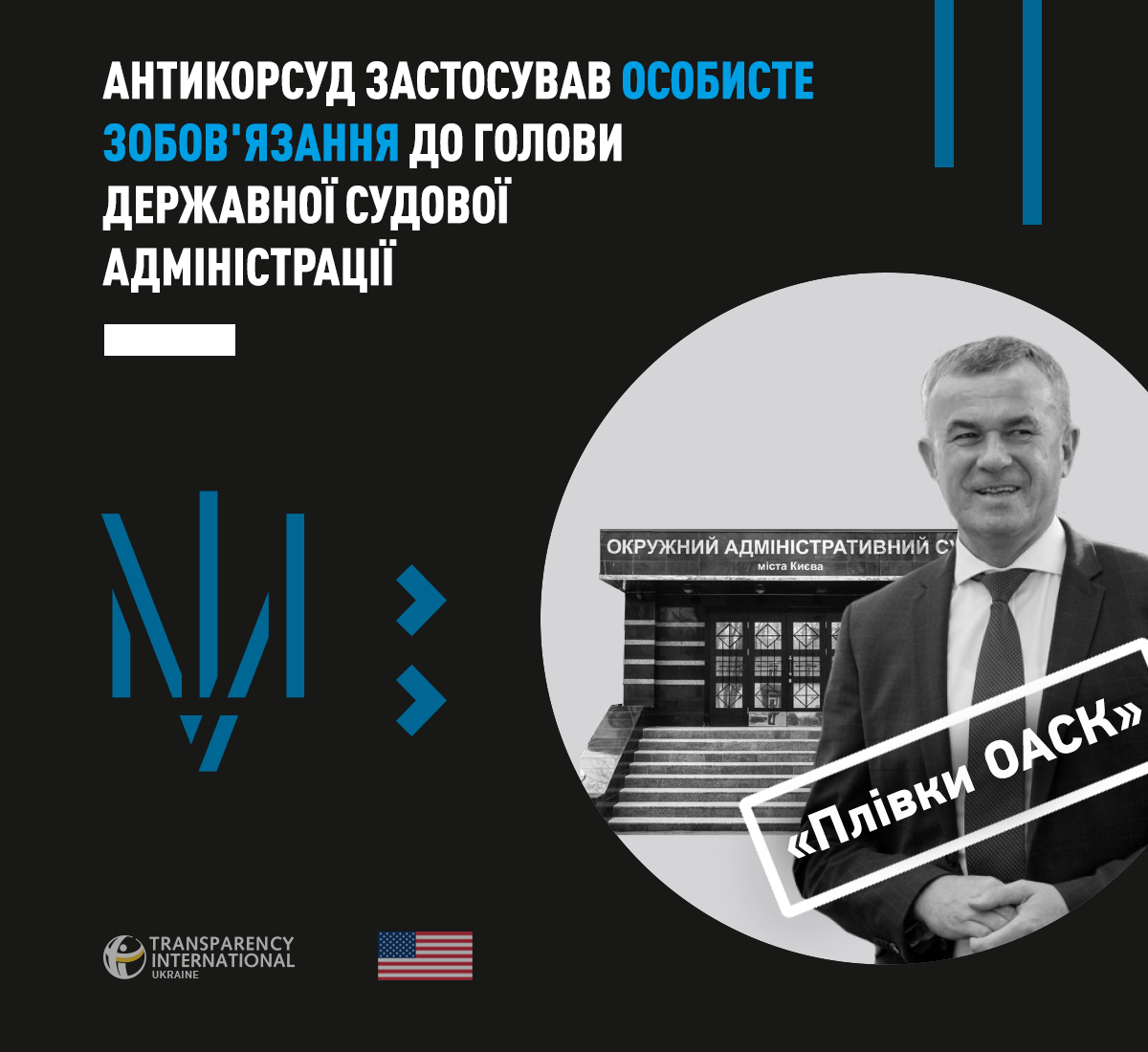 Personal Commitment as Interim Measure for Head of SJA

The High Anti-Corruption Court applied the so-called “personal commitment” to Head of the State Judicial Administration.

The NABU and the SAPO, on the other hand, wanted the court to set bail at UAH 1,000,000 with a number of obligations.

Zenovii Kholodniuk is now obliged to see the investigator or the prosecutor as soon as he is summoned, notify them if he changes his place of work or residence, refrain from communicating with suspects, including Kyiv Administrative Court judges.

The case in question is about possible abuse of influence over a public official. Head of Kyiv Administrative Court Pavlo Vovk is among those involved in the case.

According to the Anti-Corruption Bureau, at the beginning of 2019, Kholodniuk approached Head of Kyiv Administrative Court asking him to block the competition for Head of State Judicial Administration. Then-head of the SJA was allegedly unfit for office. In return, the Head of KAC allegedly asked Kholodniuk to illegally terminate the powers of a member of the HQCJ, appointing Vovk’s affiliated nominee instead.

Recall that on July 17, 2020, Deputy Prosecutor General served 12 individuals with charges, including Head of SJA and Head of KAC.

The investigation believes the suspects intended to seize government power by establishing control over the High Qualification Commission of Judges, High Council of Justice, obstructing their work. They also allegedly interfered with the activity of public officials.

For reference:
Transparency International Ukraine is an accredited chapter of the global movement Transparency International with a comprehensive approach to development and implementation of changes for reduction of the corruption levels.
TI Ukraine has administered and transferred to the government such electronic systems as ProZorro, ProZorro.Sale, eHealth, and E-Data. Our other ongoing projects include the City Transparency Ranking and building of the DOZORRO community for control over public procurement.
For media inquiries: Olesia Koval, koval@ti-ukraine.org, 093-808-82-78.