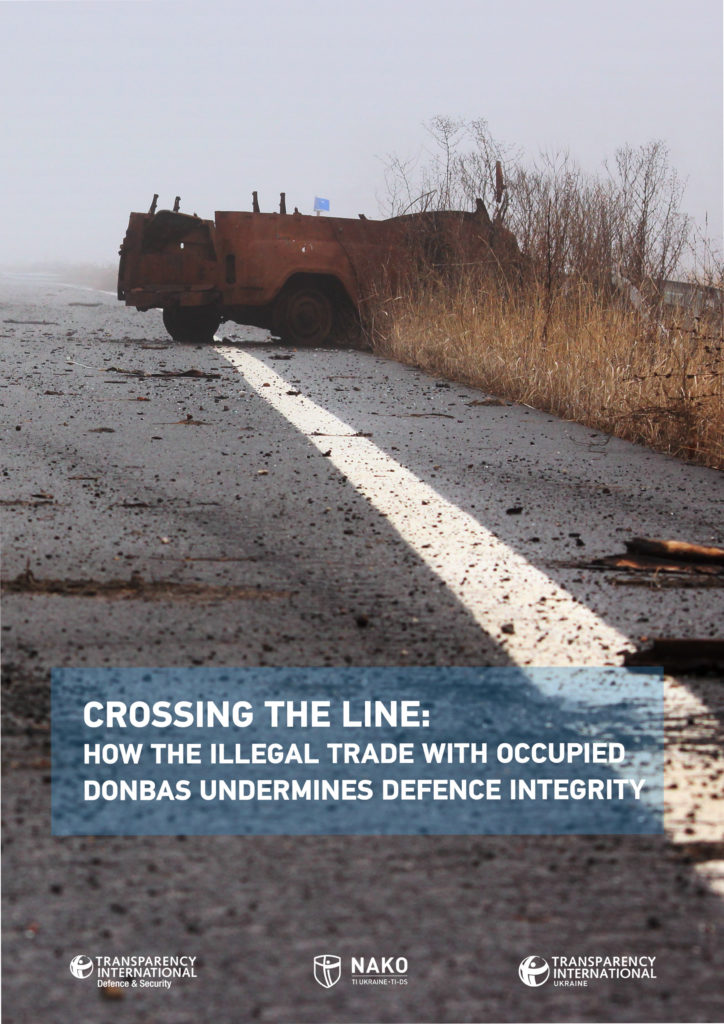 Crossing the line: how the illegal trade with occupied Donbas has undermined defence integrity

The illegal trade between government-controlled Ukraine and the occupied territories in Donbas is conducted systematically, facilitated by Ukrainian defense and security institutions, according to new research. The illegal trade undermines defence capacity, and damages Ukraine’s economy and reputation. And it is so lucrative that those involved have an interest in sustaining the conflict, potentially prolonging the war.

The research, Crossing the line: how the illegal trade with occupied Donbas has undermined defence integrity, was completed by the Independent Defence Anti-Corruption Committee (NAKO), and is based on 40 interviews with ATO participants, security force representatives, civil society, judges, and residents of Donbas.

The government has taken steps to address the problem of illegal trade; in March 2017, the government banned the transport of all goods through the contact line except personal belongings and humanitarian aid. The government has also created “joint mobile groups” made up of servicemen and volunteers, and “fiscal groups,” of State Border Guard Service and State Fiscal Service officers. But these actions have not been effective in reducing the trade.

The illegal trade incentivizes conflict, and means that some profit as others suffer. When some servicemen collude with militants to facilitate trade, it has a huge impact on coordination between units and security institutions, the accuracy of our intelligence, the reputation of our forces, and has even caused the death of troops.

The report describes 5 ways that goods are moved illegally across the contact line: 1) by car, through checkpoints 2)  through humanitarian logistics centers, initially organised to enable retail trade 3) through railway corridors, by using the double bottom of the wagons or in undeclared additional wagons 4) by paying defence and security forces to enable movement outside of formal checkpoints, in the “gray zone,” in 2015 the payment for crossing all the checkpoints could vary from 25,000- 120,000 UAH (US $930-4,450); 5) through a process known as “terminated transit,” in which goods headed for the occupied territories are falsely registered as destined for Russia; once in Russia, they enter the occupied territories through the uncontrolled parts of the Ukraine-Russia border.

According to the analysis, this lucrative trade will not be completely halted as long as the occupation continues. It finds that current efforts, including the blockade, have been ineffective in stopping the movement of goods. The report makes a series of recommendations, including immediate steps to mitigate the problem short-term, and long-term solutions.