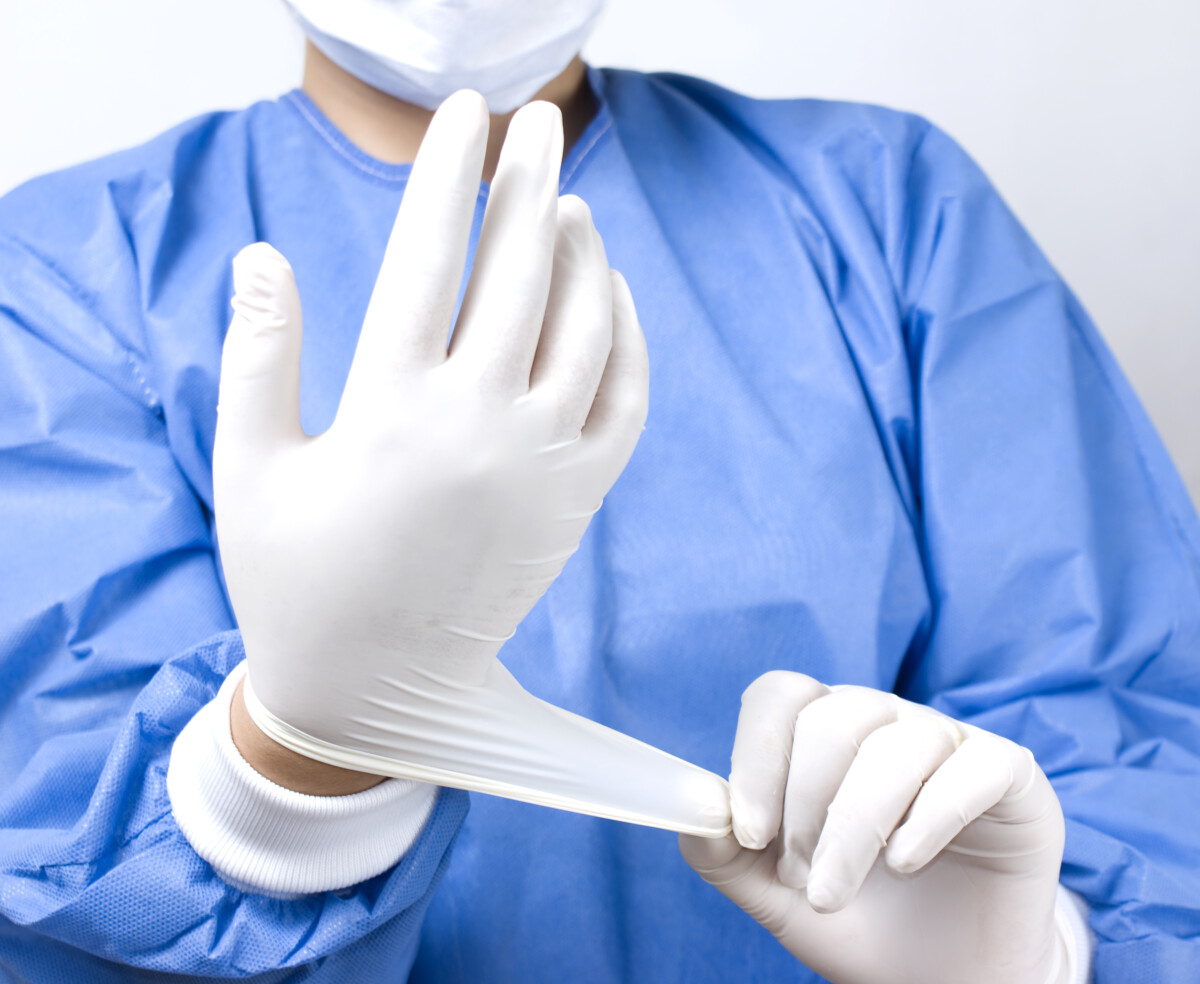 Almost 21 mln Pairs of Gloves Procured via Prozorro in Ukraine

Protecting healthcare workers should be a top priority in the fight against the epidemic. However, in Ukraine, more than a thousand medical workers have been infected with COVID-19. According to YouControl, not all primary hospitals are sufficiently equipped with personal protective equipment, including medical gloves. We investigated how and how many gloves have been procured through Prozorro in 2020.

Medical gloves are personal protective equipment for medical staff and patients meant to protect them from exposure to dangerous substances. There are two main types of medical gloves, depending on the application: examination (diagnostic) and surgical. Surgical gloves are made in more precise sizes, they are thicker, stronger and longer than examination gloves. They are used for more dangerous procedures.

Vinyl, latex and nitrile are commonly used for manufacturing medical gloves. Gloves made from natural rubber (latex) are the most popular because this material is particularly strong and elastic. Its main drawback is that it can cause allergic reactions.

Nitrile gloves are primarily an alternative to latex gloves, since they are neutral to the skin and more resistant to mechanical punctures.

Medical gloves made of vinyl are used to work with chemicals in medicine. During this year, fewer than 15 purchases of such gloves have been made through Prozorro. Therefore, we did not take them into account in this analysis.

How many medical gloves have been purchased through Prozorro

The number of tenders announced in Prozorro is growing every month. So, in January, 108 purchases of medical gloves were made, in February – 301, in March — 747, and from April 1 to 20 — 739. It is worth noting that gloves, especially in the last few months, are purchased not only by hospitals. There are many new procuring entities interested in them: utility companies, the police, the border service, and so on.

While in January and February 2020, customers bought medical gloves mainly through competitive procedures (pre-threshold procurement, open bidding), in March and April, it was mainly done by entering into direct contracts mainly through the designated COVID-19 procedure.

We studied the median prices for various types of gloves, i.e. prices from the middle of the range. This is a more suitable indicator of the general price trend, because it is less sensitive to bias in the presence of an abnormally high price than the average price. Thus, this way the price fluctuation can be established more objectively.

Prices for medical gloves in January–April 2020:

According to our calculations, TOV MK MEDGROUP is the largest supplier of medical gloves. In January–April 2020, the company signed 37 contracts for the supply of 1.5 million medical gloves for UAH 5.1 million total. MK MEDGROUP TOV was founded in 2016 by Liudmyla Lytkova. The company specializes in the sale of pharmaceutical products. TOV MK MEDGROUP actively participates in public procurement. In 2019-2020, the company participated in 493 tenders, which resulted in 272 contracts for UAH 95 million.

This company mainly supplies medical gloves of the Medicare brand (TOV Dopomoha-I), but the prices are slightly different. During April, the company signed 10 contracts for the supply of gloves via Prozorro, and each customer had a different price. For example, TOV MK MEDGROUP sold 5,300 nitrile examination gloves to a Kyiv hospital for UAH 7 per item, and the next day, it sold 6,000 pairs of the same gloves to a Kharkiv hospital for UAH 5 per item.

Here are the prices of gloves supplied by TOV MK MEDGROUP in April:

The second biggest supplier is TOV Medical Center M.T.K. In January-April 2020, it signed 107 contracts for the supply of medical gloves for a total amount of UAH 4.5 million.

TOV Medical Center M.T.K. was founded in 1994 and specializes in wholesale trade in pharmaceutical products. According to Youcontrol, the company is a member of the group (one of the founders) of the Yuria-Pharm Corporation.

TOV Medical Center M.T.K. is an active public procurement participant. In 2019–2020, the firm took part in 3,931 tenders, 3,196 of which were successful, with the total amount of UAH 688 million. The company supplies pharmaceutical products and medical equipment.

Here are the prices of gloves supplied by TOV Medical Center M.T.K. in April:

The last purchases were made by O.S. Lunacharskyi Kherson City Clinical  Hospital and Shostka Municipal Primary Healthcare Center. The supplier may have sold them gloves with different technical characteristics, which are actually more expensive. These two procuring entities refused to provide information about the purchase over the phone. A representative of the Kherson hospital promised to provide a response on April 23. We prepared a written information request to Shostka Municipal Primary Healthcare Center. (The information will be updated)

The procurement of medical gloves was downloaded from the public BI module: the period of data download is April 1 – April 20, 2020, the search request included variations of the keyword “gloves.” After data download, the primary selection was filtered out to eliminate procurement of gloves which were not of the medical variety: work gloves, textile gloves, household gloves, etc. After that, information on each tender was manually entered into an Excel spreadsheet. It should be noted that when data from the sample was processed, we eliminated the tenders for medical gloves without a specification or necessary information on the procurement item. In the course of analysis, it was identified that public procuring entities mostly purchased latex examination gloves, nitrile examination gloves, and, less frequently, surgical gloves.

At the final stage, a summary table was created with information about the quantity and price of medical gloves, suppliers and procuring entities.