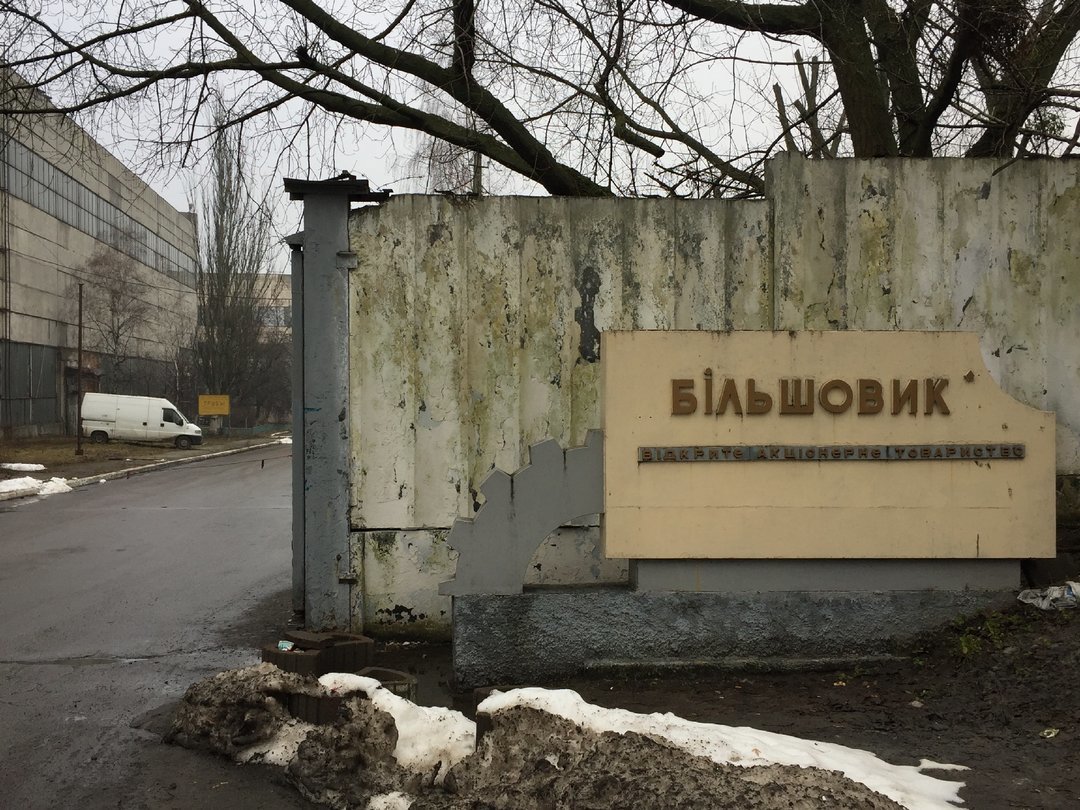 Auction for Plant Sale. Will Privatization of “Bilshovyk” Give It New Life?

35 hectares of very valuable land in the center of Kyiv, UAH 382 mln of tax debt and 80% of income from leasing premises. The enterprise closed 2020 with UAH 21.2 mln in losses. This is how we can briefly describe one of the most controversial objects of large-scale privatization — the “Bilshovyk” plant.

35 hectares of very valuable land in the center of Kyiv, UAH 382 mln of tax debt and 80% of income from leasing premises. The enterprise closed 2020 with UAH 21.2 mln in losses. This is how we can briefly describe one of the most controversial objects of large-scale privatization — the “Bilshovyk” plant.

In 2018, as part of the decommunization of the “Bilshovyk” plant, it got back its historical name — the first Kyiv Machine-Building Plant. In Soviet times, the plant produced stationary machines and equipment for the chemical, coal, oil industries, and subway construction. The production was unique and exclusively custom-made. Now, out of 36 workshops, only 2 are operating. Part of the property is leased; the rest is simply destroyed.

Next year, the legendary plant will celebrate its 140th anniversary. An auction for the sale of the property is scheduled to take place on October 27. Will privatization give the “Bilshovyk” a new life?

Positives and limitations of the “Bilshovyk”: what the investor will get?

First and foremost, this is a unique land plot in almost the very center of Kyiv, at the intersection of two important arteries of the city: the Peremohy Avenue and the Hetman Street. There are three major universities (KPI, NAU, KNEU) near the subway, shopping and entertainment centers and parks, and the center is several kilometers away.

And that’s not all. Together with the object, there is also land with buildings on the seashore in Zatoka and the Trukhaniv island in Kyiv.

Actually, there is nothing about the resumption of production in Kyiv among the information on the object. On the contrary, it refers to the right to use the territory of the main industrial site and other real estate of the “Bilshovyk” at its discretion. The terms of sale also cover the preservation of the plant’s main activity in Zhashkiv and making investments for technical re-equipment and modernization of this production.

However, 300 employees, most of whom are already at an advanced age, are not too happy about the prospect of moving to another oblast and consider the decision unfair. At the same time, the condition for privatization will be the preservation of their jobs and social guarantees for at least 6 months from the date of sale of the “Bilshovyk.”

In 2019, the Main Department of the State Fiscal Service of Kyiv appealed to the executive service with an application to recover the USC debt from the plant. As part of the consolidated enforcement proceedings, the state executor made an inventory of the “Bilshovyk” property and transferred it for sale (and these are non-residential buildings with an area of almost 6,400 square meters).

The plant contested these actions, the court of the first instance partially granted the claims of the “Bilshovyk” and came to the conclusion (which the court of cassation instance agreed with) that the enterprise was then included in the list of objects not subject to privatization. Therefore, the state executor had no right to perform these actions. However, the organizer and the winner of the auction did not agree with the decision to close the appeal proceedings, and the case is again considered by the Administrative Cassation Court.

However, on October 7, 2019, the property was already sold at the auction through the Setam system for an amount that exceeded the amount of debt by almost UAH 10 mln. The SPFU, together with the Prosecutor General’s Office, had to contest this alienation of property in the commercial court. In February 2021, the Supreme Court left the decision of the appellate instance to invalidate the results of the auction unchanged.

The ruling of the court of cassation was supposed to be the basis for making decisions in favor of the State Property Fund and the plant in other court cases for the subsequent return of the alienated property. However, according to the media, on October 12, the Northern Commercial Court of Appeal dismissed the claim of the FKMP to invalidate the purchase and sale agreement, which was concluded as a result of bidding.

It wasn’t the end for the attempts to get “a piece of the pie.” Now, the Kyiv City Council is forcibly trying to buy out the building of workshop No. 5 of the facility No. 9 with an area of 13,000 square meters, for UAH 109.5 mln through the court, for municipal ownership, motivating their actions by public necessity, namely through the reconstruction of the transport interchange on the Shuliavskyi bridge. As security for the claim, the KCSA demanded that the court (however, unsuccessfully) impose a ban on the privatization of the “Bilshovyk.”

Do not forget about millions of losses and debts of the enterprise. UAH 21.2 mln of losses in 2020 and UAH 382 mln of tax debt can also be a serious burden in the eyes of potential investors.

Let us neither forget the current lease agreements, which will most likely have to be terminated in court. Therefore, the new owner has a lot to work on!

Land as a separate issue

35 hectares in the center of the capital is certainly an attractive asset. The advisor who was engaged by the State Property Fund to prepare the object for privatization, recommends the concept of housing and office development on the site of the main industrial site.

However, we should not forget that the final decision on changing the designated purpose of the site falls within the competence of the City Council and is made by MPs. Therefore, the investor will still need to collect the votes of the multi-factional city council.

But this is not the only land plot that the plant owns. More than one hectare of land on the Trukhaniv island is offered for entertainment facility, two recreation centers in the Odesa and Chernihiv oblasts — for health improvement, another land plot in the village of Lozovyk in the Kyiv oblast can be transferred for agricultural use, and another one in Zhashkiv of the Cherkasy oblast — to preserve the industry.

Interestingly, the advisor on privatization considers the lawsuit of the Kyiv City Council on the forced sale of the 5th workshop to be a potential benefit for the investor; there is already a willing buyer if the new owner wants to sell this property.

So, for how much, and when will it be sold?

The auction for the sale of the plant is scheduled to take place on October 27. The starting price of the asset is UAH 1,389 bln. The bid increment is UAH 20 mln. So, we expect a big game…

We would like to believe that this legendary enterprise will celebrate its 140th anniversary as a new page in its history and a new birth in the hands of a new owner, and Kyiv, instead of a ruin in 5 km from Khreshchatyk, will receive fresh infrastructure facilities that are useful to society, business, and the country.

After all, the national “Bilshovyk” is more of a burden on the pockets of Ukrainians rather than an asset that can improve our lives.