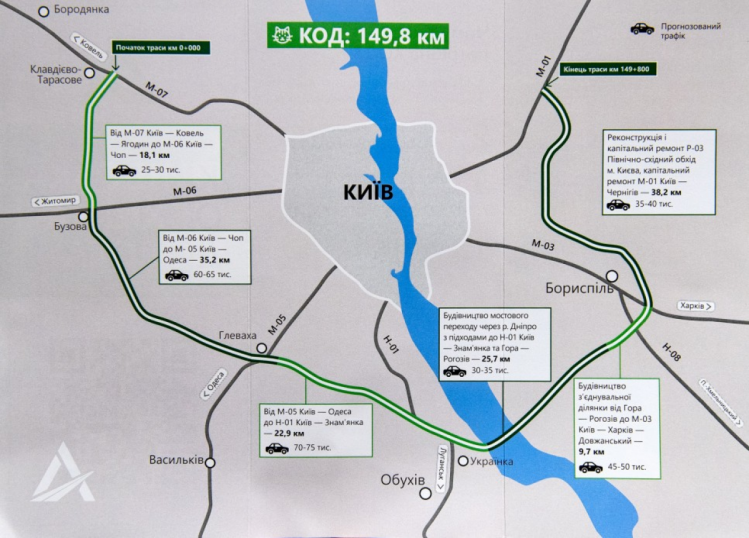 How Ukravtodor Buys Construction of Kyiv Bypass Outside Prozorro

How the new procedure differs from the usual open bidding in the electronic system.

In January, the first stage of selection of suppliers for the construction of the Great Ring Road around Kyiv took place. This road is to connect the largest cities of the oblast and important routes in a semicircle about 150 km long. The project also includes a new bridge across the Dnipro.

The Ministry of Infrastructure and Ukravtodor have made considerable efforts to ensure that this procurement is not carried out in the Prozorro system. Initially, the Verkhovna Rada excluded all costs related to the KRR from the scope of the law on procurement. And then the Cabinet of Ministers actually created a new, separate procedure for national bidding.

They argued that Ukravtodor wanted to sign a contract with the EPC-F contractor based on the results of the procurement. This form of contract stipulates that a general contractor is selected for all the works, who both develops the project and carries out the work, and, most importantly, looks for a creditor for all this.

The Prozorro alternative was hastily created based on the commercial bidding platform playtender.com.ua. In December, the procuring entity placed the tender documentation for the first part of the ring road from the “Varshavska” highway M-07 to “Zhytomyrska” M-06 18 km long. The starting price is a lot — UAH 5.4 bln.

However, this procurement does not involve the conclusion of an EPC-F contract. It is only for the part of the work. At the same time, the tender documentation is not about designing or raising funds. Why then purchase outside of Prozorro?

In January, the first stage of selection of suppliers for this procurement began — the expression of interest.

Roughly the same thing is happening at the stage of consideration of bids of participants in Prozorro. Based on the results of this stage, the procuring entity allows or does not allow the participant to take part in the auction.

The main difference of еру Ukravtodor procedure is that any actions of the procuring entity cannot be contested.

If a procuring entity makes a wrong or illegal decision in the Prozorro system, a participant has the right to apply to the AMCU Board — an independent institution. Instead, in the procedure invented by Ukravtodor and the Ministry of Infrastructure, the word of the procuring entity is the final one and is not subject to appeal.

It became clear from the first time, what trouble it involves.

5 participants applied for the announced tender in the alternative Prozorro system: Turkish ONUR and TAŞYAPI, Ukrainian Rostdorstroi and Highway South, and American Bechtel.

In the first round, the procuring entity disqualified two participants — TAŞYAPI and Rostdorstroi. The latter was rejected, allegedly because of not providing a bank guarantee of the bidder.

However, the company appealed to the procuring entity to cancel the decision because it did provide this document.

In response, the procuring entity stated that the bank guarantee file was indeed submitted, but officials were unable to open it:

“During the inspection by the Tender Committee of the tender bid provided as part of your tender proposal, the absence of a document confirming the provision of the Bank Guarantee was revealed. The file in the archive entitled “Guarantee 1314.pdf.p7s.p7s” is downloaded as a qualified electronic signature, i.e., the Procuring Entity does not have the opportunity to read the full text of the Bank Guarantee. In addition, your bid does not contain any clarification letters regarding the algorithm for opening this type of document for proper study.”

In fact, everything is simple — the file contains a false double extension (it says .p7s.p7s twice). Most likely, it happened for technical reasons during the preservation and, perhaps, not through the fault of the participant. Opening this file is simple: you need to change its extension (rename it). However, the procuring entity could not or did not want to do it. 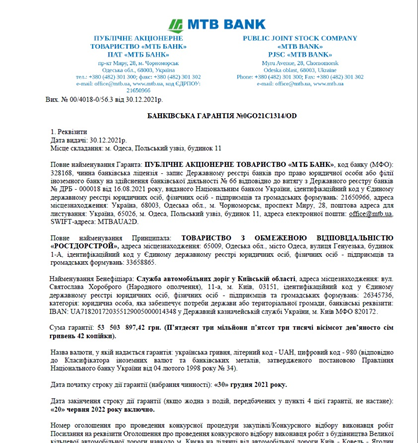 Neither is there an option for the State Audit Office to monitor procurement. The fate of the bidding relies entirely on the conscience of the procuring entity — and this is hardly the best option.

Even if we assume that suddenly the officials of the procuring entities became honest and fair in public procurement, controversial issues cannot be completely avoided. And they objectively need a third party and its independent and consistent point of view. In fact, the main difference between the alternative Prozorro and is that there will be no third party. The decision of the procuring entity’s officials will be the final one. And this will lead to even more lawsuits on violations of the rights of participants, as well as grave consequences if the court takes the side of the participants. What to do if such a decision was made when the procuring entity completed the procurement transaction and signed a contract with another participant? And if this winner has already started working? The procurement procedure must be re-announced if the previous contract is declared invalid. However, it is partially implemented, so we have to figure out how to close what has been done and buy the rest of the works. At the same time, penalties are possible.

The next stage of Ukravtodor’s special procurement began on February 1. Here, the procuring entity will evaluate the experience and qualifications of the participants. Accordingly, not all three remaining participants can reach the third round.

The most interesting thing is that the contract will be concluded, even if only one participant will be able to pass all the stages of procuring entity’s selection. According to the Resolution of the Cabinet of Ministers, the bidding is considered unsuccessful only if all participants are disqualified.

The list of grounds for declaring the bidding unsuccessful in the alternative Prozorro system is as follows:

– the absence of submitted proposals;

– rejection of all proposals before the third stage;

– no further need for selection;

– impossibility of selection due to force majeure, the occurrence of which was confirmed by the Ukrainian Chamber of Commerce and Industry;

– failure to conclude a contract due to the fault of the winner.

That is, unlike Prozorro, there is no requirement for a minimum of two participants and a competitive auction.

Using this approach, public procurement can become a purely formal and complex process. The participant must pass three rounds of evaluation by the procuring entity, each containing risks of errors or violations by the procuring entity that cannot be contested. As a result, many procurement transactions will be completed at the expected cost with a single finalist. Is such a procedure competitive?

It is unclear what the benefits of using a non-transparent system are. So far, no EPC-F contracts have been concluded based on the results of the procurement. It is clearly not faster, it is definitely not simpler, not more transparent. It does not solve the problem of contesting the bidding. Participants will still contest the actions of the procuring entity — but in court. And this will have much worse consequences: with the termination of contracts, penalties. Instead, this system simply destroys the basic principles of public procurement — competition and protection of the rights of participants and the interests of the country.

The only ones who really like the idea of bidding outside of Prozorro are the procuring entities. They can get virtually unlimited rights, and will determine the fate of public funds at their discretion. So far, we are talking about only one large object worth over UAH 80 bln and one large procuring entity — Ukravtodor. However, very soon, the alternative Prozorro may get a much larger mandate.