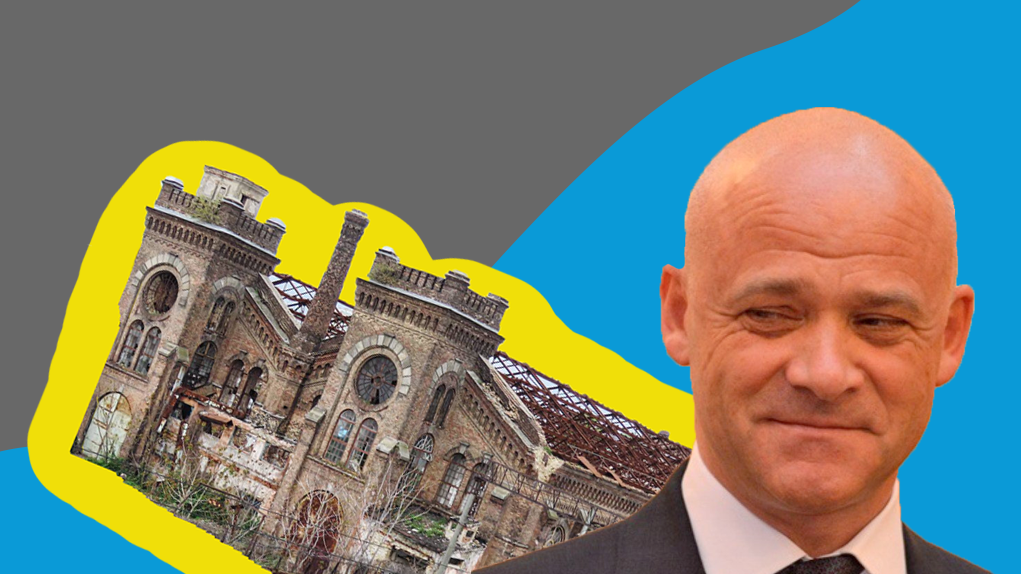 Seven Friends of Odesa Mayor — Who Can Be Exonerated in the Kraian Case?

On July 4 Malinovskyi District Court in Odesa is supposed to announce the verdict for eight key figures in the case regarding the acquisition of the Kraian factory at a price 17 times higher than the original cost.

Among the defendants are Odesa Mayor, Hennadiy Trukhanov; his deputy, Pavlo Vuhelman; Director of the Municipal Property Department of Odesa City Council, Oleksii Spektor; and ex-director of Elite Development LLC, Petro Zahodirenko. Now they face between 7 to 12 years in prison with confiscation of property.

What is this case about and upon which facts did the investigation operate?

The story of Kraian begins at the end of the 19th century when it was a railway workshop. Later, it became a “known in the Union” manufacturer of heavy cranes and products for the defense industry in Soviet times. In the 90s, it became privatized and by the 2000s, it went bankrupt. Due to lack of proper supervision, some shops burned down and the factory turned to ruins, as one would expect.

At the beginning of 2016, the holding company-owner of the Kraian factory ruins sold the 14 thousand square meters of land to the Lithuanian company, Uab Naster, for 3.8 million UAH. Half a year later, the company sold the real estate to another company called Development Elite, which was created the day before the transaction. For how much? Three times more — 11 million UAH.

How did the Kraian case begin?

In 2016, Odesa City Council was considering relocate all of its executive bodies into one location. According to NABU, local authorities had to find 44 thousand square meters, because there were 1,700 people on staff. Odesa City Council took notice of seven thousand square meters of Kraian factory. In fact, eight times less than the space required.

Yet, according to investigation, local authorities deemed acquisition of Kraian acceptable, despite not even evaluating the premises. The Mayor of Odesa and his deputy on the Reconciliation Council assured deputies that that Kraian is ready for operation and only “cosmetic repairs” are needed.

At the same time, the defendants assured the deputies that they are voting only for the “consent to acquire,” but the draft solution included information about the cost of the acquisition being 185 million UAH.

It is noteworthy that the experts who appraised the value of the building placed it in the range of 34-92 million UAH (depending on the valuation approach to the property).

How did the NABU and SAPO conduct the investigation?

Twenty searches, 70 witnesses questioned, temporary access to 50 articles, 80 volumes in criminal proceeding № 52016000000000411. Those figures were announced by NABU detectives when the case was handed over to the court.

NABU registered the proceedings in November 2016, but the investigation on Trukhanov only became known to public after NABU-SAP searches in Odesa in March 2017. At the time, the Bureau said it detected criminal activity and blocked money on the accounts of LLC’s, “thanks to the civic activism of Odesa citizens, public organizations, and a number of Ukrainian deputies,” who had contacted NABU with reports related to the crime while it was still underway. Thus NABU received not just one call on the matter, but a large number of them.

185 million UAH were transferred to the Asset Recovery and Management Agency (ARMA). From January 1 through December 31, 2017, Development Elite formally requested that the Solomianskyi District Court cancel the property seizures more than 50 times. The court declined.

Then the tactics changed. On January 9, 2018, Development Elite and Odessa City Council changed the contractual price from 185 to 90 million UAH, the company returned the overcharged portion back to public. Liudmyla Kiziun, a judge on the Solomianskyi Court who did not have the authority of an investigative judge at the time, lifted the seizure and returned the property to the business which demonstrated signs of fictitiousness. Eventually, she was fired by the High Council of Justice due to this decision.

Criminal chagres against Trukhanov were preceded by a remarkable New Year’s Eve story, almost a meme in itself. On December 26, the mayor left his workplace and went on a number of official trips and vacations to Turkey, Greece, Switzerland, and the Czech Republic. He was absent from Odesa for 50 days. During this time, his deputy, Vuhelman, was not seen in Ukraine either.

In February 2018, NABU delivered criminal charges to Trukhanov and four of his subordinates at the Odesa Mayor’s office. The next day, the men returned to Ukraine. Upon their return, NABU detectives and SAP prosecutors detained both men in Boryspil airport.

On February 15, the decision for pre-trial restrictions was made. Judge Maksym Vyshniak decided to release the defendants despite SAP’s request for a 50 million UAH bail requirement. Hennadii Trukhanov was vouched for by Dmytro Holubov, a BPP deputy from Odesa.

How much are the prosecutors asking for?

Malynovskyi District Court received the Trukhanov case in October 2018. The indictment on eight individuals focuses on taking possession of another’s property in an especially large scale, misfeasance in office, and conspiracy to commit a crime. The director of private company seller of the plan also received an indictment for operating a shell corporation and attempt to legalize funds obtained by criminal means (Part 1 of Art. 205, Part 2 of Art. 15, and Part 3 of Article 209 of the CCU).

According to INSIDER, SAP requested that the court imprison Trukhanov for 12 years with confiscation, and imprison Vuhelman for 11 in prison. Additionally, SAP requested that Chairman of the Standing Committee on Communal Property, Vasyl Shkriabai; Director of the Communal Property Department, Oleksii Spektor; and his deputy, Volodymyr Rodionov, each receive 10 years in prison.

In May, the prosecutors modified the charges against Trukhanov and the others. SAP reduced the level of the suspected crime. At the end of June, prosecutors read the new indictment against mayor.

In 2016, Odesa City Council was considering relocate all of its executive bodies into one location. According to NABU, local authorities had to find 44 thousand square meters, because there were 1,700 people on staff. Odesa City Council took notice of seven thousand square meters of Kraian factory. In fact, eight times less than the space required.