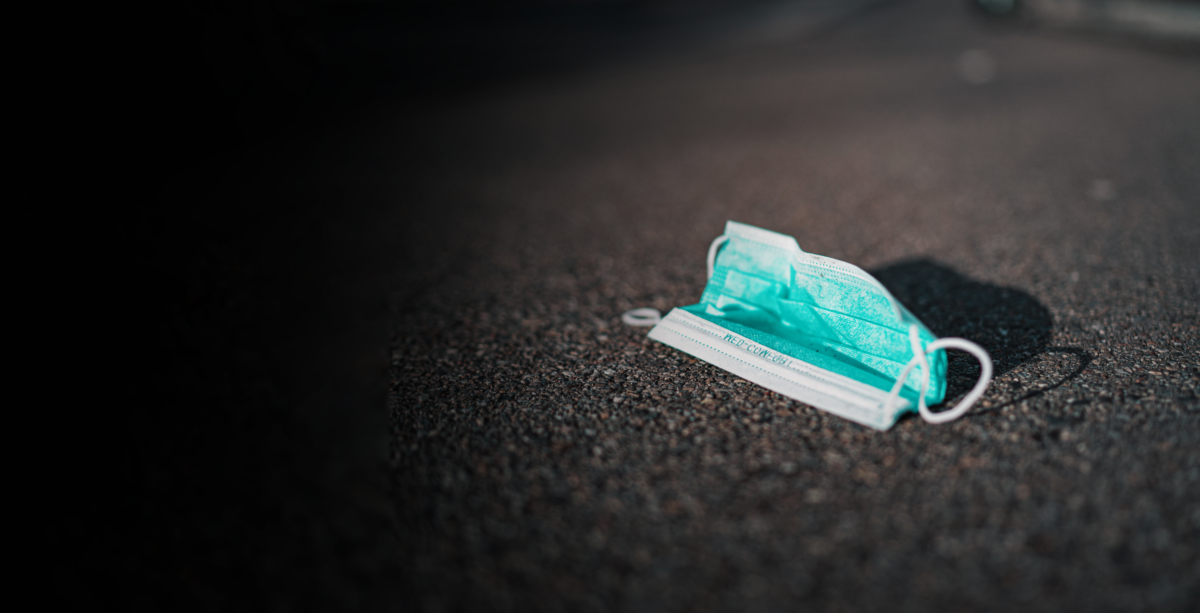 Stopping COVID-19 in Ukraine: Procurement of Tests Is Not Enough

Mass testing is one of the most effective ways to stop the coronavirus. What’s happening in Ukraine? You can see data on test procurement in the Prozorro system.

There are two types of tests of infections caused by viruses, including the coronavirus: testing for antibodies and polymerase chain reaction testing, also known as PCR. The former is based on identifying antibodies to the specific antigenes of the virus in the blood or other fluids, while the other one identifies the DNA or RNA of the virus in the blood or saliva and is much more accurate.

As of March 25, public institutions have bought almost 15,000 tests for UAH 7.2 million. Most of them (14,700) are antibody tests, which cannot identify the virus at early stages.

PCR tests, the most accurate method of diagnosing COVID-19, have been purchased only by Ternopil and Lviv. Such test kits will be available with Ternopil oblast state administration and Lviv oblast lab center. 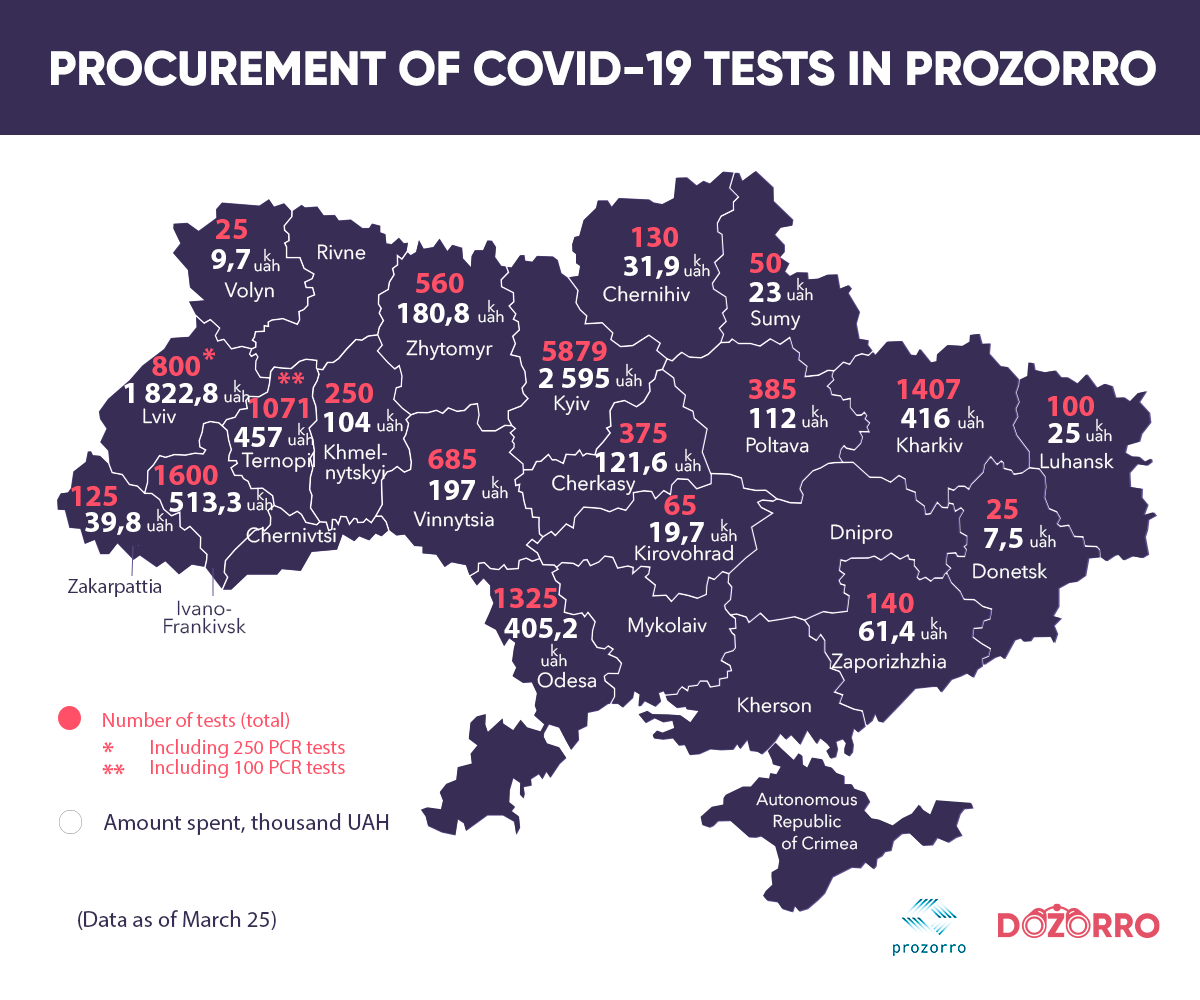 Such oblasts as Chernivtsi, Mykolaiv, Dnipro, Kherson and Rivne have not purchased a single test through Prozorro. One can assume they received tests from the Ministry of Healthcare. Mykolaiiv has received 5,000 antibody tests and 1,200 PCR tests.

These are the data from the Public BI Module in Prozorro as of March 25.

Timeline of Test Procurement in Ukraine

On March 11, the Ministry of Healthcare announced that almost 20,000 antibody testing kits for COVID-19 have been procured. This will enable testing of over 90,000 people. Healthcare institutions and local self-government in the regions started procuring tests via Prozorro.

The first procurement of tests on Prozorro was announced on March 3 in Odesa. Then, the City Clinical Infectious Hospital was going to buy 10,000 antibody tests for UAH 3,2 million. However, on March 18, the tender was cancelled “in connection with a change in the terms of reference.”

More tests than at any other point were bought between March 17 and March 24, when the Cabinet of Ministers of Ukraine allowed to purchase medication and equipment related to fighting against COVID-19 through direct agreements with suppliers.

However, as early as March 20, the Cabinet adopted a directive stipulating the procedure of procurement of goods, works and services to fight against COVID-19. It complicated the procedure significantly.

Why Aren’t There Enough Tests?

Unfortunately, even when tenders have been held and agreements have been concluded, it does not guarantee the availability of tests in hospitals. DOZORRO has been receiving more and more complaints from procuring entities about having concluded the agreement with a supplier who now says that the goods are out of stock.

All tests for COVID-19 which are available in Ukraine now have been produced abroad. Since there is a global deficiency of tests now, suppliers cannot import tests to Ukraine and supply them to hospitals in time.

The best thing that the procuring entity can do in this case is get the money back. After that, they should collect a list of suppliers who have sold their goods (tests) through Prozorro during the past few days. It is much more likely that their tests are still in stock. This can be done quite easily with the help of the Public BI Module.

Procuring enough tests is only the first step. Mass testing is yet to start in Ukraine. Almost 15,000 testing kits have been purchased through Prozorro. Some 20,000 more have been bought by the Ministry of Healthcare. Ukraine is receiving cargo from China, with the first package containing 250,000 antibody tests. However, according to the Cabinet of Ministers, only 1,401 people have been tested for COVID-19 in Ukraine as of March 27.

Mass testing is a way to identify infected people rapidly and to provide them with timely healthcare. Furthermore, people who know they have been infected can self-isolate and thus reduce the likelihood that they will infect others. Testing is a way to localize the virus as much as possible and stop it from spreading.