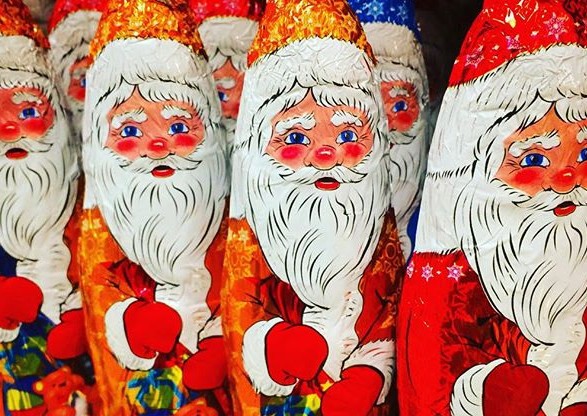 Procurement of gift sets for schools and kindergartens in 2021.

The Christmas and New Year period is probably the richest one in gifts, especially for children: festivities at home, in kindergartens, and schools. Parents sometimes collect money for gifts in a class or group. All the gifts are centrally purchased and given to children — most often for St. Nicholas Day or New Year’s Day. Parents who disagree with this practice are often pressured. This year, in one of the Zaporizhzhia schools, a representative of the parents’ committee asked the mother not to bring her child to school on December 20 and 24 because she did not give money for gifts that will be given on these days. In the Obukhiv Lyceum, the discussion of the holiday ended with threats.

Many families of preschoolers and schoolchildren have experienced similar situations, although perhaps not in such a degree of aggravation. More and more people are realizing that any charitable contributions and pressure at school are not necessary at all. Why it is not necessary to donate money to the school fund, and what to do if you still want to give it, read in our previous material.

Providing schools and kindergartens is the prerogative of local authorities. Although we primarily expect financing of repairs, food, textbooks, sports equipment, and so on, sweet gifts for kids are also bought at budget expense. They can be intended either simply for educational institutions, or for children from families in a difficult situation.

Among the leading regions in purchasing gifts are:

The cost of one new year’s gift depends most of all on its composition (number and varieties of sweets) and weight. Therefore, we cannot state that procuring entities from one region overpay if they bought the same number of sweet sets more expensive than their counterparts from another region. First of all, this may indicate that they bought various sweets.

In general, the sets weigh from 250 grams to 1 kg, but most often buy packages of 300-500 g. are bought. On average, they cost government institutions UAH 45-95 each. However, sometimes prices for seemingly similar orders differed significantly. The most expensive gifts — “Tiger Cub Backpack” UAH 510 each was bought in the Zakarpattia oblast. This set includes a backpack and twenty varieties of candy. The cheapest gifts UAH 20 each was purchased by the Education Department of the Novopskovska village council. What is included in such a set is not clear, since the contract specification does not contain a detailed list of sweets.

The most common problem in such procurement is that procuring entities publish reports and contracts on Prozorro, according to which it is impossible to understand the product: which sweets they purchased, how many of them are in the package, who is the manufacturer. This situation happened, for example, in procurement of the Turbivskyi nursery-kindergarten No. 2 (Vinnytsia oblast), department of education, youth, and sports of the Rozhnyiativska village council (Ivano-Frankivsk oblast), Komarivska comprehensive school and children’s home (Chernihiv oblast).

Although new year’s gifts are bought at the expense of the local budget, sometimes they include a greeting card, or the gift itself contains a greeting from local officials. This practice was quite common in Kharkiv and Poltava. Last year, the purchased new year’s gifts in Kharkiv wrote: “Happy New Year and Merry Christmas from Kharkiv mayor Hennadii Kernes.” Interestingly, such gifts began to be purchased in the spring — long before the local elections, which could change the name of the mayor of the city. In 2021, the winner of the bidding for the procurement of new year’s gifts had to “add a colored greeting card to each gift, printed on enamelled paper at the expense of the Participant. The text and design of the printed card will be provided to the winner separately.”

This year, at the session of the Poltava city council, MPs offered to put a draft decision on the agenda banning the placement of political advertising or surnames on gifts. However, other MPs did not support this initiative.

We already wrote about the procurement of first-grader kits in this city, when the kits were purchased at the expense of the city budget, but the name of mayor Oleksandr Mamai (“For the Future” party) and the inscription “with care for the future” were printed on the packages. This year, in accordance with the concluded agreement, there should have been an inscription on new year’s gifts “Happy New Year and Christmas holidays! Sincerely, Oleksandr Mamai.” According to kolo.news, in the final version, the name of the mayor was removed from the gifts.

If you want to check the new year’s procurement of a particular establishment or educational institution, use BI Prozorro public analytics module or school procurement map. Perhaps, your child’s school or kindergarten has already purchased new year’s gifts. Of course, parents can buy the gifts on their own. However, remember that such an initiative should be agreed between all parents in the class or group, and the providing funds should be voluntary. Perhaps, together with other parents, you will decide to replace this sweet tradition with a new one and offer to spend money on something else.