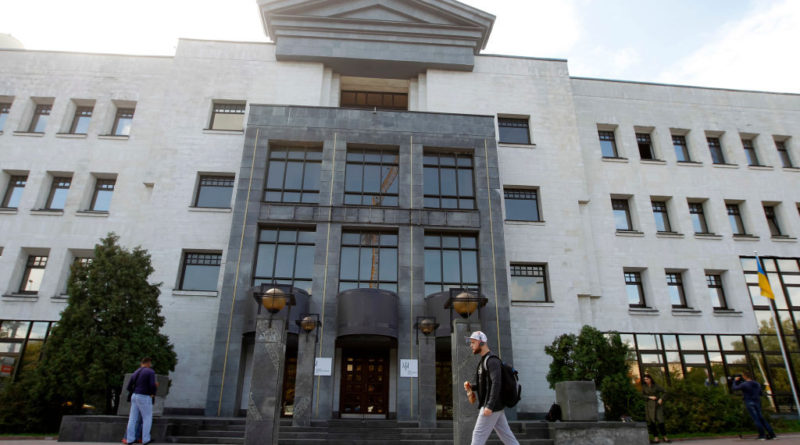 The High Anti-Corruption Court is under pressure, which is becoming more systematic.

Today, the panel of the Anti-Corruption Court announced interference in their activities by the High Council of Justice. One HCJ member, probably Oleksii Malovatskyi, has demanded a copy of a judicial case still under consideration “in order to assess the procedural actions and decisions taken by the judge.” He warned that unless the demand was met, the judges could face liability.

The HACC emphasizes the situation is a conflict of interest, since the HCJ member is considering a complaint by the Ukrainian National Bar Association while being a member of the Association himself. By the way, he was nominated to the High Council of Justice exactly by the Bar Congress.

Recently, the National Anti-Corruption Bureau has published additional information on the investigation of the so-called Zlochevskyi’s bribe. It is an attempt to stop the investigation of the biggest bribe in the Ukrainian history — USD 5 million, which is believed to have been initiated by former Minister of Ecology Zlochevskyi. The materials allege that the HCJ “helped” a judge of Solomianskyi court to avoid liability for a decision in Zlochevskyi’s favor for USD 50,000. This is just one of the dozens of incidents that became public thanks to the NABU/SAPO investigations.

TI Ukraine urges the HCJ and the Prosecutor General to immediately respond to the statement of the judicial panel on the actions of the HCJ member and to take action.

We also urge the president and the parliament to undertake a real judicial reform, to reboot the HCJ and to ensure the integrity of its members.

We remind you that on November 16, the Second Disciplinary Chamber of the High Council of Justice brought an investigative judge of the High Anti-Corruption Court to disciplinary liability for the first time. The complaint against Vira Mykhailenko was filed by Zlochevskyi’s lawyer Yevhen Stepanov. The reason was that the judge allowed NABU detectives and SAPO prosecutors to carry out special pre-trial investigation of Zlochevskyi.