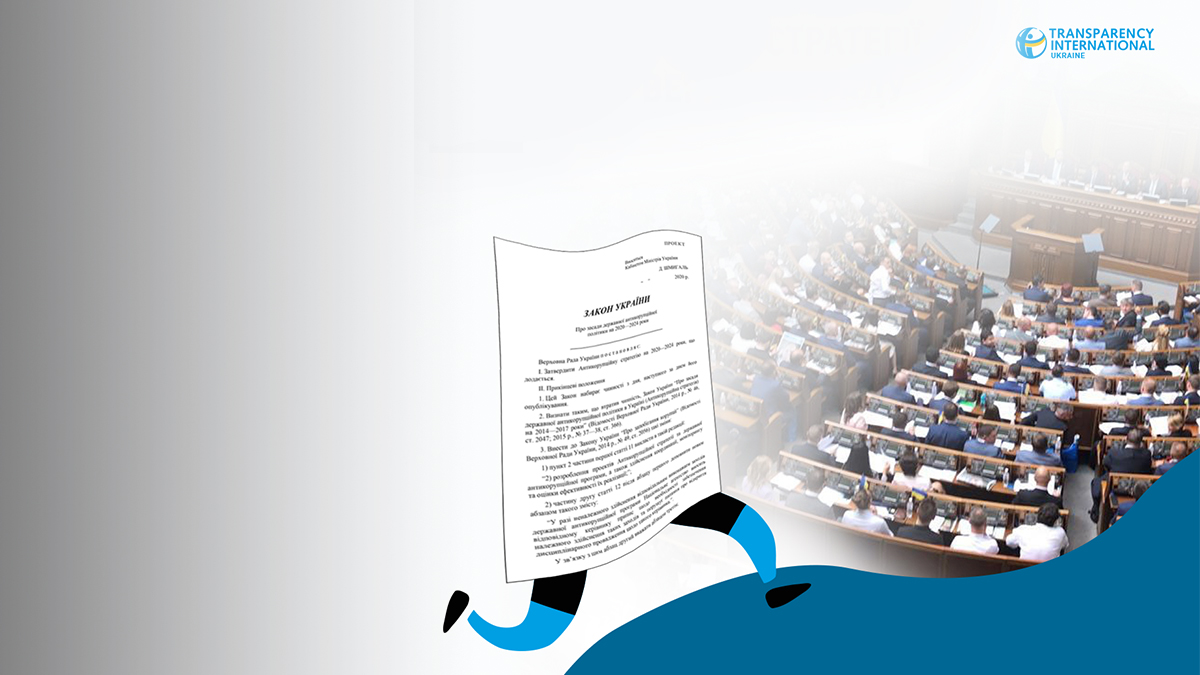 On September 29, the Committee on Anti-Corruption Policy supported the draft Anti-Corruption Strategy for 2020-2024 and recommended voting in favor. The document covers 8 priorities:

Head of NACP Novikov believes three aspects should be kept in mind:

“Unfortunately, MPs did not listen to the NACP representatives and some of their colleagues urging to fully support the document. Even though the President labeled it urgent. Now, it’s unclear how long it will take to approve the Strategy, especially considering the upcoming local elections. It is also unclear in what form it will end up passed,” said TI Ukraine’s legal advisor Oleksandr Kalitenko.

We remind you that yesterday, on September 28, the President urged MPs to approve the 2020-2024 Anti-Corruption Strategy as soon as possible.