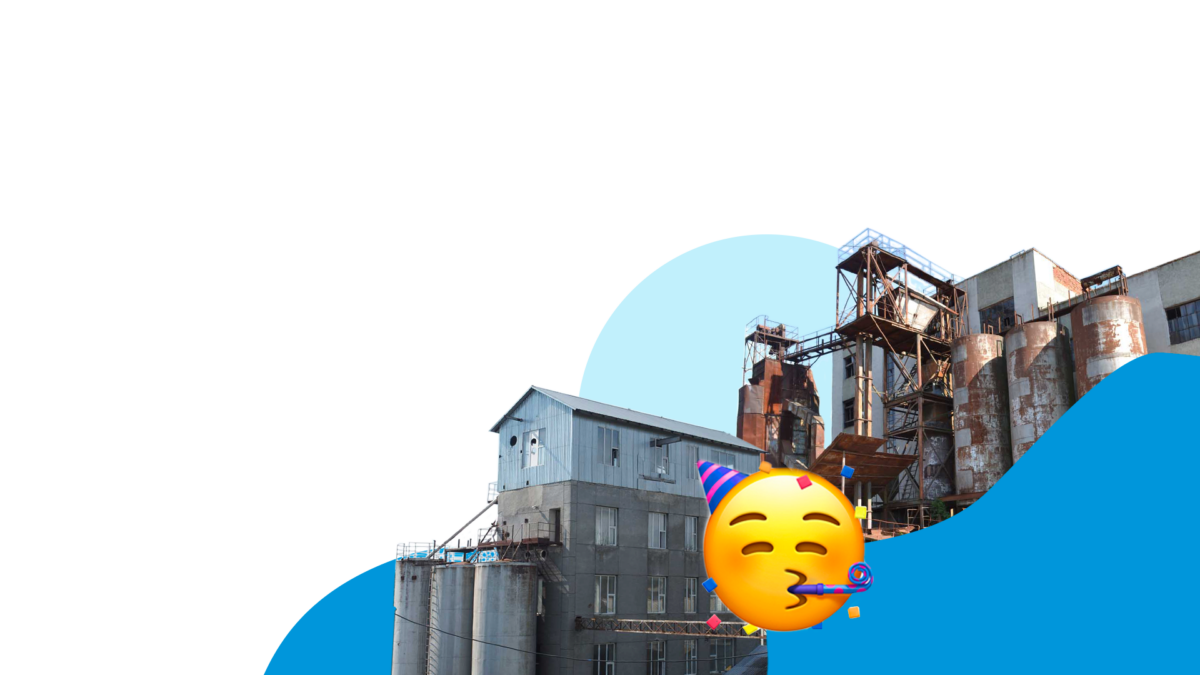 At the first auctions since the beginning of the full-scale war, two plants of the SE “Ukrspyrt” found new owners. Their privatization will bring UAH 220 million to the budget.

On September 19, the property of the Kobylovolotskyi distillery went under the hammer for more than UAH 70 million, which is almost three times higher than the starting price. The winner is TOV Aqua Solar Invest, an enterprise from Vinnytsia region. Now, the new owner will receive 20 buildings, 10 units of transport, 500 units of production equipment, and an access railway track. The total area of buildings and structures is 11,500 sq. m. In October 2020, this company acquired another enterprise from this industry — the Bershad distillery for UAH 19.8 million.

The next day, the Marylivskyi distillery went under the hammer. The buyer undertook to pay UAH 150 million to the national budget, as well as to repay its debts, in particular regarding wages, in the amount of more than UAH 54 million. However, the winner — TOV Vitagro Energy — has a dubious reputation. According to YouControl, its ultimate beneficial owner is MP Serhii Labaziuk from the For the Future faction, which is close to the oligarch Ihor Kolomoiskyi. According to the Chesno movement, Labaziuk is involved in anti-corruption investigations. In particular, in 2017, the alleged involvement of Vitagro in the hidden privatization of the state enterprise Mayak Plant through the conclusion of an unprofitable settlement agreement was reported. In accordance with it, Vitagro paid the debts of the Mayak Plant to its creditors and received all the property assets of the state enterprise.

Attempts to sell these distilleries in Ternopil region were previously unsuccessful. There was a scandal regarding the privatization of the Marylivskyi distillery in 2020. The producer of alcoholic beverages “Zernoff” from Moldova won in the action, having offered a price of UAH 81.75 million. But soon the winner refused the object because of the discrepancy between the property described in the documents and its real quantity. In 2021, the Kobylovolotskyi distillery was also refused by the buyer due to the revealed debts of SE Ukrspyrt to third parties that had not been specified in the sale and purchase agreement.

Moreover, on September 21, auctions were planned for the sale of the Borshchiv distillery with a starting price of UAH 27.56 million, but they did not take place again due to the absence of participants.

Resumption of Privatization We Have Been Long Waiting for

Since February 24, privatization processes in Ukraine were suspended. It was only in September, due to changes in legislation and simplification of procedures at the time of martial law, that the sale of illiquid state assets resumed.

Holding first privatization auctions since the beginning of the invasion is a positive signal. After all, it is not about one-time injections into the budget, but about the transformation of dead assets into effective ones that constantly generate income and benefits to citizens.

“Privatization has been a necessary component of support for the Ukrainian economy for several years. And during martial law, the role of working businesses for the survival of the state is crucial. Therefore, we are waiting for the signing of contracts and the transfer of funds to the budget,” says Ivan Lakhtionov, Deputy Executive Director of TI Ukraine for Innovation Projects.

To this end, at the end of July, a draft law was adopted, which provided for simplifying the preparation of objects for privatization and reducing the time for holding auctions in the conditions of war. Transparency International Ukraine directly participated in its preparation for the second reading to eliminate corruption risks and questionable provisions. In particular, we urged MPs to abandon the idea of concealing all information about participants, winners, protocols, and contracts of electronic auctions for sale in order to preserve the transparency of processes. As a result, all information about the progress and results of privatization auctions remains available and open on the auction page on the prozorro.sale website, and each citizen can see who, when, for how much privatized an object.

Privatization has been a necessary component of support for the Ukrainian economy for several years. And during martial law, the role of working businesses for the survival of the state is crucial.