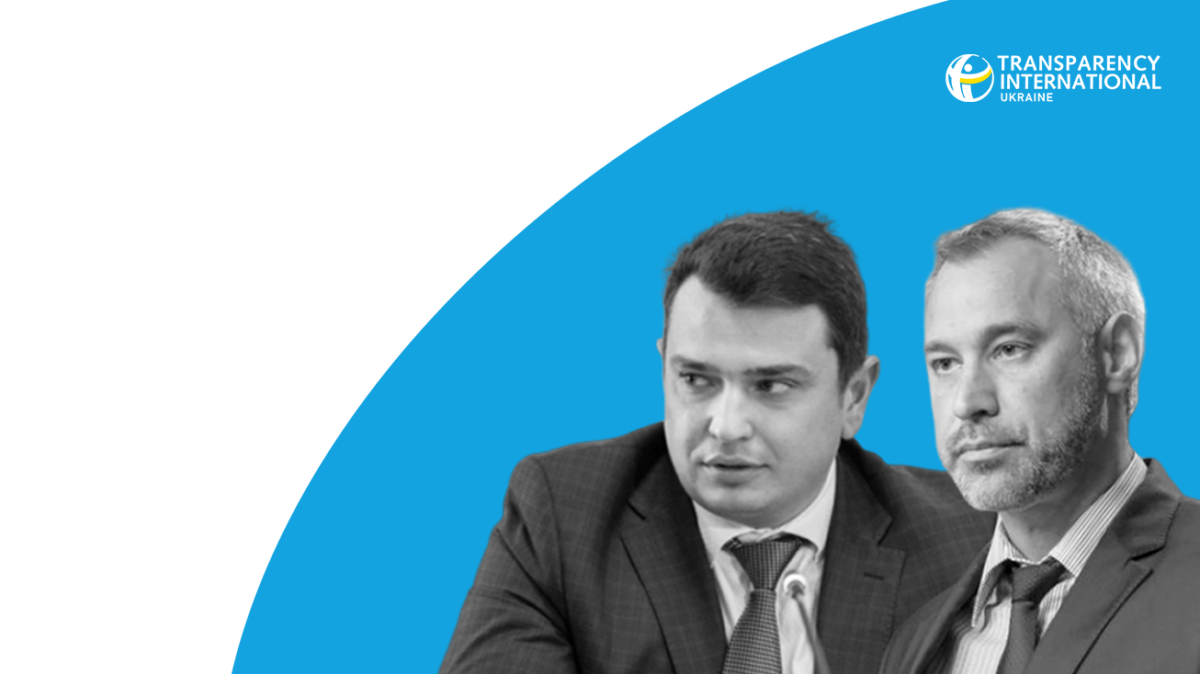 A number of NGOs have issued statements on politically motivated decisions regarding the Prosecutor General’s Office and the National Anti-Corruption Bureau.

MPs registered an illegal decision on the dismissal of NABU Director Artem Sytnyk. Key experts, the Ministry of Justice and the National Agency on Corruption Prevention confirm that the resolution does not meet the statutory requirements.

Among such guarantees are a special procedure and an exclusive list of grounds for dismissal of the NABU Director. In particular, the appointment of a group of independent auditors; based on the results of their work a decision on the effectiveness of the Bureau and the possible dismissal of the director should be made.

NGOs insist that Ruslan Riaboshapka is the first Prosecutor General to launch a large-scale “purge” of the prosecutor’s office in the process of reform. An attempt to dismiss him indicates a desire to immediately stop any changes to the system. In particular, stop the attestation of prosecutors of all levels.

Along with this, the Minister of Internal Affairs and the bodies of the National Police remain intact. Despite the obvious and numerous crimes of the police, the authorities continue to retain the position of the infamous Arsen Avakov for unknown reasons. Similarly, the promised reform of the Security Service of Ukraine remains neglected.

NGOs are convinced that it is a banal attempt to usurp the power over law enforcement and the prosecutor’s office. Both dismissal efforts go hand in hand with strengthening the positions of the unreformed Ministry of Internal Affairs and the Security Service of Ukraine. And the dismissal of the heads of the Prosecutor General’s Office and NABU will gain profit for Minister Arsen Avakov and oligarch Ihor Kolomoiskyi. After all, it is NABU and the Prosecutor General’s Office that accumulate criminal proceedings against Privatbank and the entourage of the Minister of Internal Affairs.

Such initiatives are unacceptable and undermine public and international confidence in the Ukrainian Parliament and the President. The creation of the NABU and guaranteeing its independence, as well as the reform of the Prosecutor’s Office, were key requirements of our international partners.

Centre for Civic Monitoring and Research