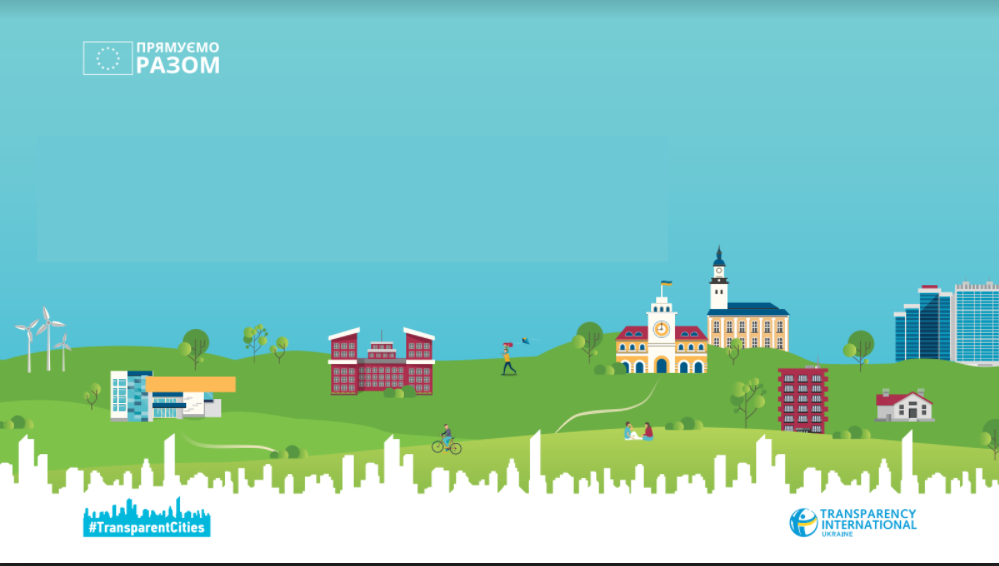 Quite Transparent but Barely Accountable: a Study

Mariupol came out on top of both rankings. In transparency, Mariupol scored 86.6 points, and the runner-up, Lviv, —85.2 points. The two cities received 32 and 22 points for accountability, respectively. 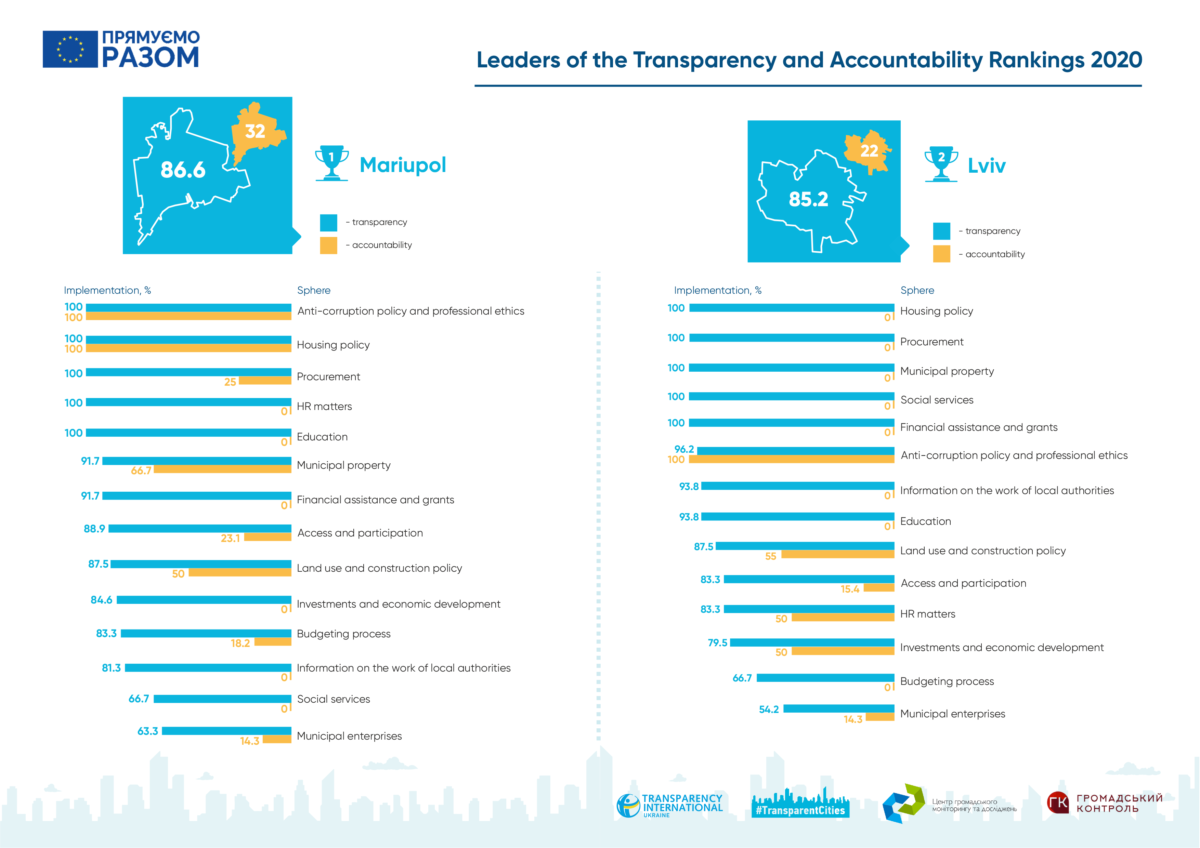 Drohobych (78.1 points), Vinnytsia (76.7 points) and Ternopil (75.2 points) also ended up among the leaders of the Transparency Ranking. For the first time, Volodymyr-Volynskyi got into the top 10, having been implementing recommendations on transparency throughout the year and thus gaining +22 points in the Ranking.

The five most accountable cities of Ukraine in 2020, alongside Mariupol and Lviv, also include Pokrov (22 points), Bila Tserkva (21 points), and Chernivtsi (20 points). While forming the Accountability Ranking of 50 cities, we took into consideration the feedback of civil society representatives and city residents if they left any on the Transparent Cities online platform. 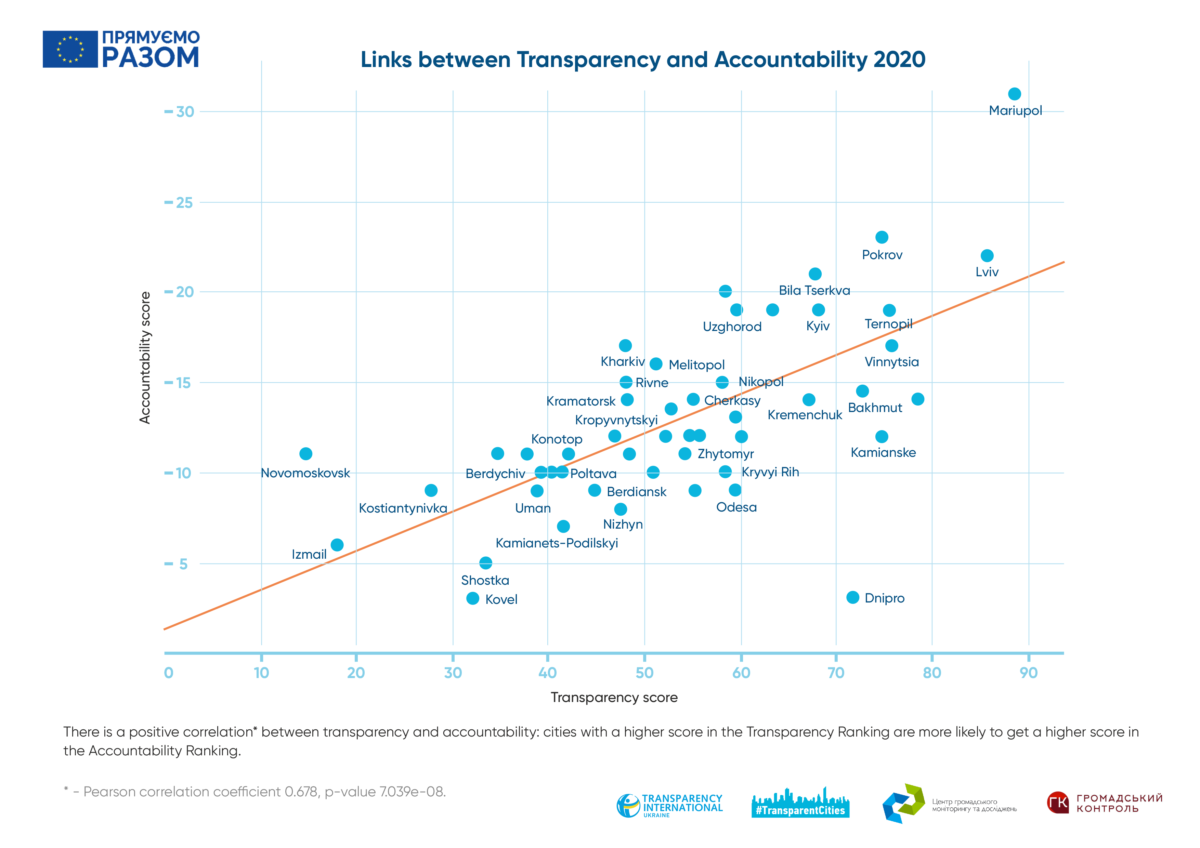 “The publication of data on the city council website or the adoption of regulations does not mean automatic transparency of local authorities. The Ranking results demonstrate a significant gap between the practical and formal openness. Through these studies, we have seen that city residents expect something entirely different from the government than they receive—the government fails to deliver. This discrepancy should be eliminated in the next few years,” says Andrii Borovyk, Executive Director of TI Ukraine.

In the four years of the transparency assessment, the average transparency score has grown by 59.5% and now constitutes 47.7 points. However, despite the positive dynamics, this year the rate of increase in the city transparency has slowed down to 4.4%.

The study also showed that the level of transparency and accountability of cities does not depend on their size or region. The main factor in implementing the changes is the proactive position of local governments. 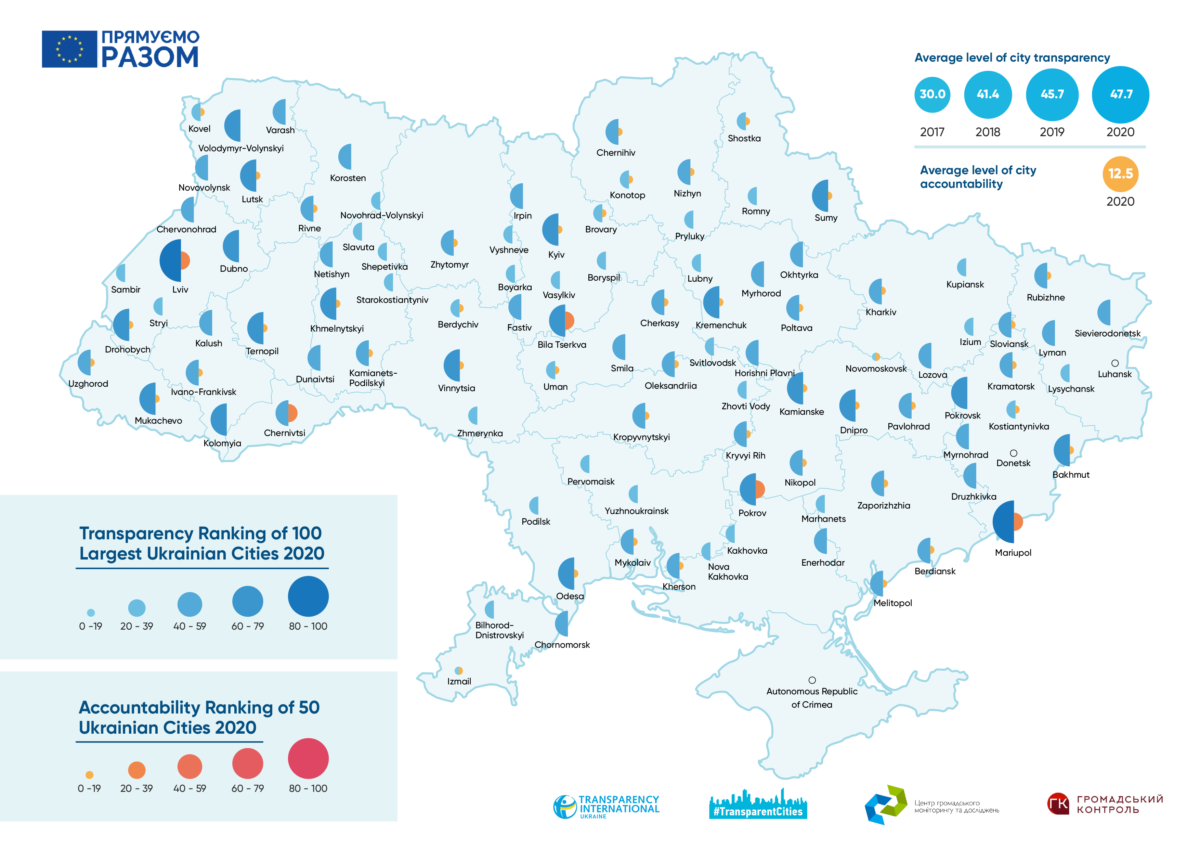 Through these studies, we have seen that city residents expect something entirely different from the government than they receive—the government fails to deliver. This discrepancy should be eliminated in the next few years.

Presentation of the findings of the two rankings has been held within the project “Transparent Cities e-platform for cooperation of citizens and local governments for accountability and good governance” implemented with the financial support of the European Union Delegation to Ukraine.

TI Ukraine launched the Transparent Cities program in 2017. It aims at overcoming corruption at the local level and promoting the best practices of transparency and accountability.