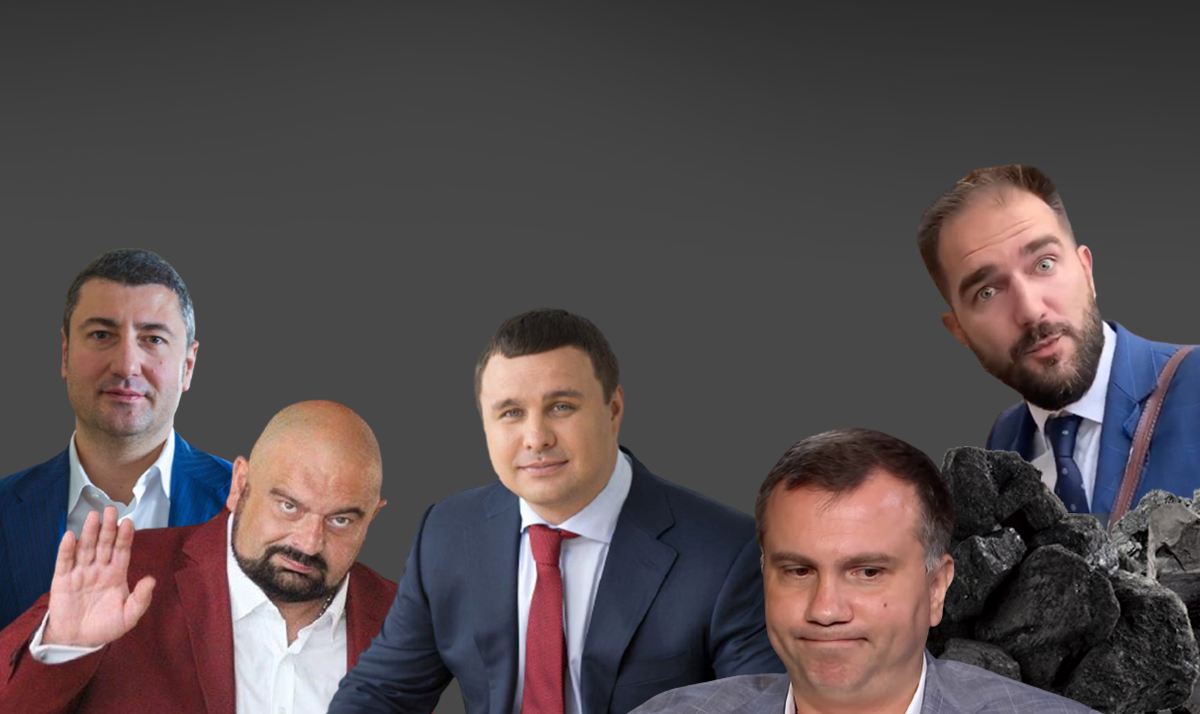 On Thursday, January 21, we will meet at the online event What Affects the HACC, where we will talk about the results of our six-month monitoring of the court’s activity.

By the way, in addition to analyzing the actual work of this anti-corruption institution, we actively monitored the progress of cases before the Anti-Corruption Court. What cases have been the most high-profile?

In total, we have identified 6 subjects pertaining to the HACC that have been covered by the media more than others.

In 2014, VAB Bank, owned by Oleg Bakhmatiuk, took a UAH 1.2 billion stabilization loan from the NBU secured on property. Then the NBU declared this bank insolvent, so VAB Bank did not repay the considerable loan. But NABU became interested in the case. According to the Bureau, the value of the property was overestimated by a multiple of almost 25, so it can be argued that Bakhmatiuk illegally took such significant funds.
There was a lot of talk about this case last year. At first, the Pechersk court obliged Irina Venediktova to close the case, which she did very quickly. Then the HACC Appeal Chamber overturned this decision, but the Prosecutor General stalled with the retrial for two months. Despite the HACC deciding to arrest Bakhmatiuk in absentia, he is hiding from the Ukrainian law enforcement in Austria.

According to the investigation, Pavlo Vovk and the judges of the Kyiv District Administrative Court under his control created a criminal organization whose members made commissioned decisions in their own interests and in the interests of political elites and business circles.
The first batch of KAC films appeared in 2019, but the case was not brought to a close back then. In 2020, the NABU and the SAPO presented new films, the investigation was resumed and faced new resistance from the High Council of Justice and the Prosecutor General’s Office. Despite numerous attempts to serve a summons and even a search warrant, Pavlo Vovk and some of his colleagues never came to the HACC to have an interim measure chosen. But the investigation is ongoing.

The case against Oleksandr Yurchenko

On September 15, the NABU and the SAPO presented a video showing an attempt to extort a bribe by MP Oleksandr Yurchenko. Despite the evidence gathered by detectives, Prosecutor General Iryna Venediktova publicly protested against announcing suspicion to the MP. The situation was changed only by media coverage and public pressure.
The case against Yurchenko indicated that parliamentary immunity had not disappeared—the decision-making center had simply changed, and they now depended on the Office of the President and the Prosecutor General’s Office.

Investigation into the use of the Rotterdam + formula

Rotterdam + is a method of setting the price of coal for thermal power plants, which was introduced in May 2016 following the loss of control over part of Donetsk coal basin. NABU-SAPO believed that it was because of this formula that consumers suffered losses of UAH 18.87 billion over 2016-2017, of which UAH 14.3 billion was received by private companies that initiated the introduction of Rotterdam +.
The case gained new notoriety in the fall, when SAPO prosecutor Ponomarenko decided to close it, although NABU opposed it. The HACC kept the case closed at first, but the Appeal Chamber later reopened it.

On June 12, 2020, information emerged about an offer of a record-setting bribe of USD 5 million to the leadership of the NABU and the SAPO for closure of a criminal proceeding involving former Minister of Ecology Mykola Zlochevskyi. For this money, they allegedly had to close the case of Serhii Kurchenko’s criminal organization, within which Zlochevskyi is a suspect.
On December 1, the NABU completed the investigation into the bribery case, but on December 24, the Pechersk Court (again!) decided to take the case away from the NABU.

In the fall of 2019, the NABU and the SAPO informed former MP Maksym Mykytas about charges of the organization and seizure of more than UAH 81.5 million of the National Guard.
This case was regularly covered for over a year, but new suspicions and involved individuals emerged as recently as December 2020. A particular uproar was caused by the fact that one of the individuals implicated in the case is Oleh Tatarov, deputy head of the Office of the President.
The proceedings against Tatarov became a remarkable example of Prosecutor General’s Office interfering with a NABU investigation. It came to the point that in late December, the Pechersk court (yes, the same one) ruled that the proceedings should be transferred to the SBU. However, NABU did not accept this decision, and at its request this week, the HACC Appeals Chamber ordered Iryna Venediktova to resolve the issue of returning the case against Tatarov to the Bureau’s detectives.