Abnormally Low Prices in Prozorro: Is the Procuring Entity Protected?

If a procuring entity was able to purchase an item that meets their quality requirements, and at the same time spend minimal amount, such a procurement transaction can be called effective. This is exactly the purpose of the efficiency formula common in the European Union (hereinafter referred to as the EU) — “Best value for money,” that is, “best quality for available money.” However, in practice, the best price may be “too perfect to be true.” Contracts at the lowest price sometimes remain unfulfilled, are executed poorly, or with a significant delay. In such cases, there is an opinion that it may have been worth paying more, so that receiving a fulfilled contract on the terms specified in the tender would be guaranteed or more likely. It is precisely because of such problems in procurement that the concept of an abnormally low price (hereinafter referred to as ALP) has emerged.

In theory, ALP allows the procuring entity to discard dishonest participants who cannot fulfill the contract properly, or those who sincerely but mistakenly believe that they will succeed. In other words, the system is designed to recognize and reject “non-viable” tender bids of participants. The second and perhaps equally important goal of this system is to promote fair competition.

After all, if the procuring entity rejects all participants who chose an unfair strategy for winning the tender, only honest business will remain in procurement.

The goal is clear, but is it possible to achieve it in practice? The ALP functionality was launched in Prozorro in early June 2020, and a month later hundreds of cases of ALP were detected in the system.

We analyzed the explanations provided by the tender participants and the relevant decisions of the tender committees (authorized persons) in 855 cases and, based on this, collected information about the state of the ALP system, existing problems, and possible ways to solve them. 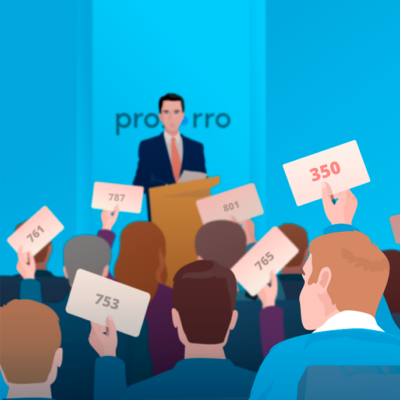