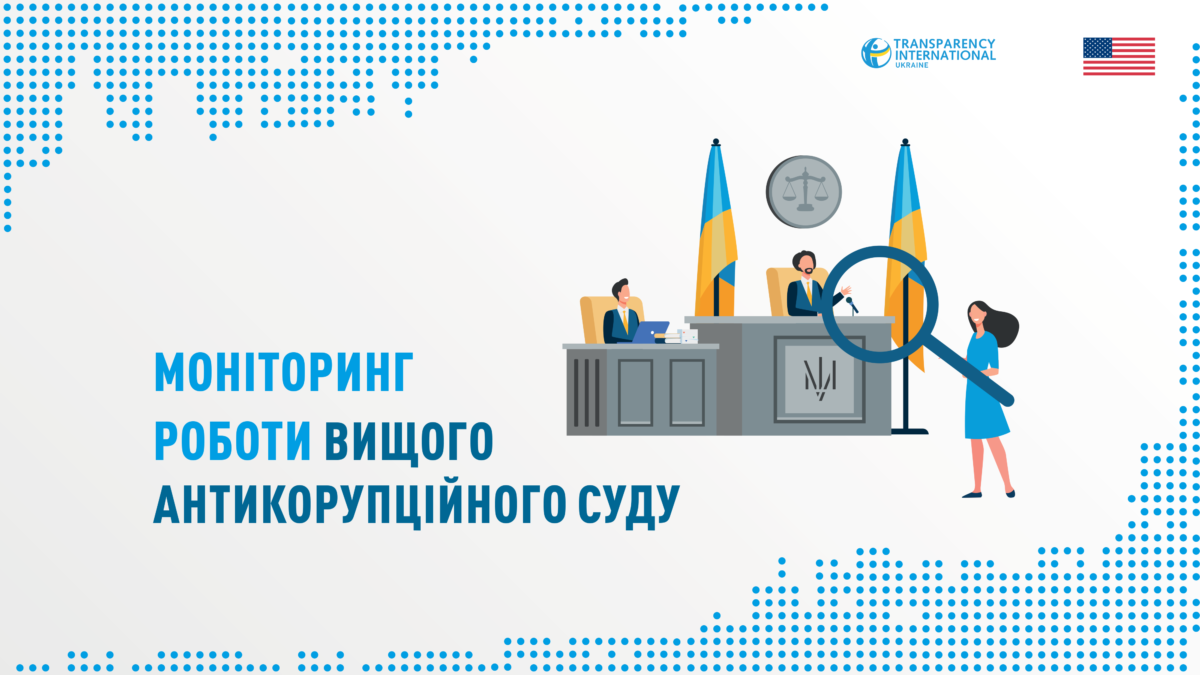 HACC is a unique judicial institution in the court system of Ukraine.

The High Anti-Corruption Court is constantly in the spotlight of the public, law enforcement agencies, and the country’s political leadership. Such attention, on the one hand, performs a control and preventive function, and on the other hand, quite often obstructs the work of the court.

The purpose of this study was to monitor the due process and procedural work of HACC, analyze judicial practice to determine the compliance of the High Anti-Corruption Court with the standards of criminal procedure, under the current code.

The methodology of the High Anti-Corruption Court’s work provides for the division of the trial and pre-trial investigation into specific sub-processes, which were selected based on the criterion of influencing the HACC’s work. Besides, monitoring covers procedural aspects (those that make up the “form” of the process).

Additionally, the methodology studied the procedural and organizational part of HACC’s work in the following areas:

Separately within this project, the communications department studied the half-year dynamics in the public communications of the High Anti-Corruption Court and provided recommendations for their improvement.

Learn more about the results of monitoring the HACC’s work from the report of TI Ukraine.