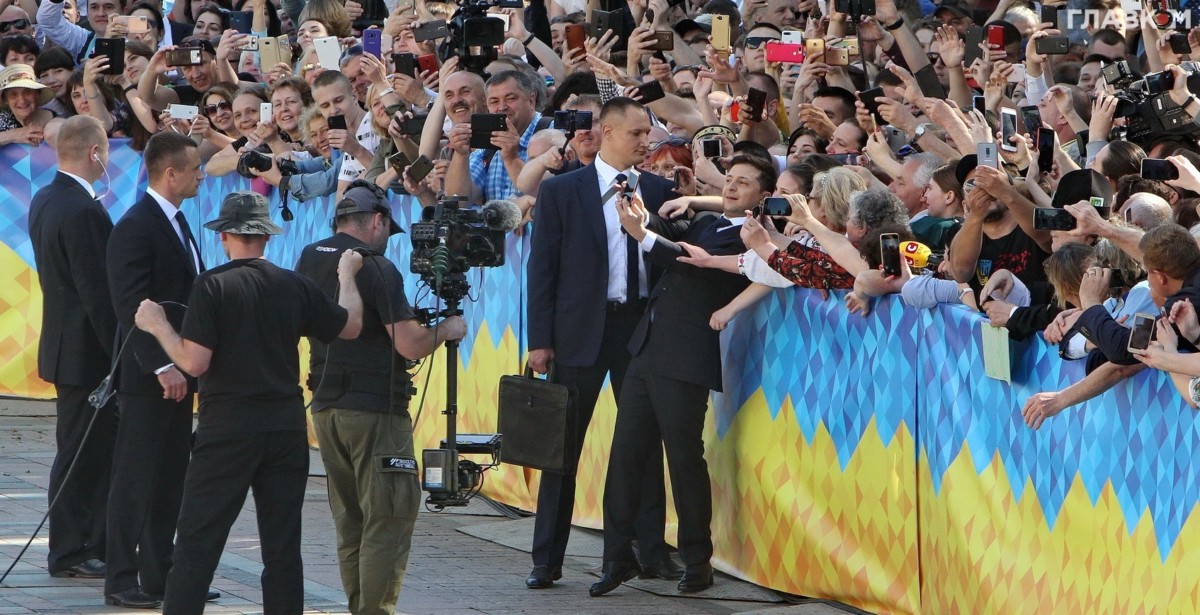 A Few Thoughts on Zelenskyi’s Shticks

The elections, democratic yet much dirtier than I expeted, are over. The transfer of power completed with a dignified speech with a few promised “shticks” that the public will be discussing for a long time.

The most frequent words used by Zelenskyi were “Ukraine” and “Ukrainians,” which was a positive thing. I do not share the worry of those who are troubled by the lack of emphasis on Ukraine’s European choice and movement towards the EU and the NATO. This was mentioned, though viewed from a different angle maybe.

The previous president quoted Lee Kuan Yew. We know the result. The current president talked about Reagan and encouraged the Cabinet of Ministers to resign. We can only try to predict what will come out of it.

No surprises from MPs, but I would like to point out the Parliament’s respect for the President as an institution. No point in mentioning the actions by certain MPs. In a democratic country, elections, scheduled or otherwise, should be the only assessment an MP needs. Only if the electoral reform is held and elections take place with open party lists, of course.

And now we are getting to the “shticks.”

Can the ahead-of-schedule elections be held according to the electoral reform, which is yet to be supported in the Parliament? I believe the chances are next to zero. The old electoral system will lead to the same old faces with familiar values and prioritis, and there is nothing else we can expect. On the other hand, Volodymyr Zelenskyi is right – the coalition has been effectively nonexistent for three years. The specifics can be controversial, but that’s a fact. Of course, another factor of Parliament dismissal is that it makes sense politically – the rating of the new President is still high, so he has good chances to get a big influential faction in the new parliament. But how will this “new” political force live under old rules? And is it as new as it seems to be?

The demand to fire heads of the SBU and the Prosecutor General’s Office was nice to hear. The SBU has already handed in all the letters of resignation. Lutsenko, who once said he intended to work for two years and then quit, seems to be stalling and avoiding the decision. It is turning into a tragicomic plot.

There are not a lot of things that Lutsenko can consider his achievements. The questionable decision on 1.5 billion allegedly belonging to Yanukovych’s gang, the questionable decision on charging Yanukovych with treason while no convictions of his inner circle ever happened, sabotage of Maidan cases that he called “crucial” himself. A lot of PR and few results. Constant lies seem to have led Mr. Lutsenko to start actually believing the things that he says.

Voters everywhere who want justice are looking forward to MP immunity getting abolished. Almost all political forces represented in the Parliament expressed the intention to do it, this intention was recorded in the coalition agreement, but it didn’t go any further. In my humble opinion, full abolition of immunity is not the best idea right now, in our young democracy with a lack of an effective checks-and-balances system. However, MP immunity should be significantly restricted so that full impunity that has been enjoyed by MPs can become a thing of the past.

I am glad about the demand to restore liability for illicit enrichment – the provision cancelled by the Constitutional Court of Ukraine, which has already led to closure of dozens of high-profile cases. Currently, there are 13 draft laws with various phrasing registered in the Parliament, but there is no guarantee that any of them is fully constitutional. We need to do everything possible to have an adequate draft law make it to the voting hall. It should be consistent with the Constitution and with international standards, and it should be phrased as clearly as possible.

But will the VIII Parliament have enough time to vote for all the laws mentioned by the President? Will MPs want to do anything other than campaign at all? Will they want to vote for things that make their own lives harder? Does the President really want the points mentioned at the inauguration to become anything more than some nice-sounding words?

We will get the answers soon enough. It is important that Zelenskyi shouldn’t end up in a comfortable greenhouse, that he get rid of people who distort his reality. Negative news and feedback, too, are a valid source of information helping to make the right decisions.

It would be nice if this became his personal “shtick.” In that case, Ukraine has a chance to survive and win.