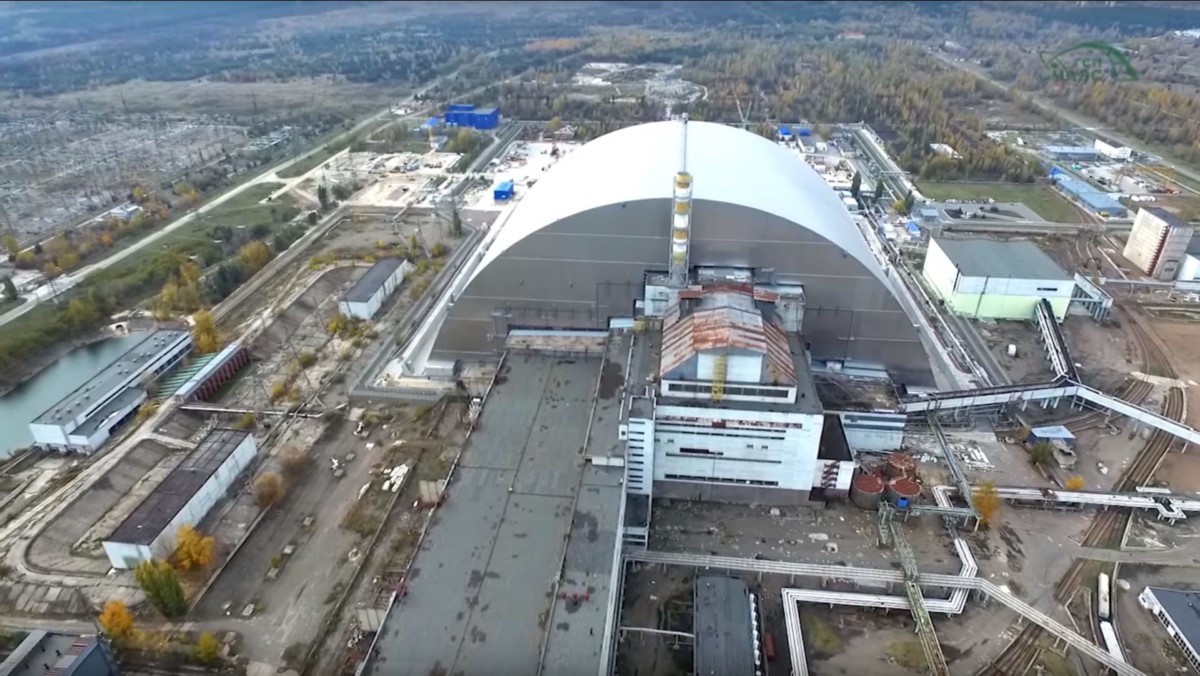 Chornobyl in ProZorro: Not Great but Not That Bad

By 2020, UAH 2.9 billion from the Ukrainian budget and EUR 33 million from international donors will be allocated to decommission the Chornobyl Nuclear Power Plant, improve the shelter, deposit radioactive waste, and to further scientific research.

By 2020, UAH 2.9 billion from the Ukrainian budget and EUR 33 million from international donors will be allocated to decommission the Chernobyl — or Chornobyl, as transliterated from Ukrainian — Nuclear Power Plant, improve the shelter, deposit radioactive waste, and to further scientific research.

In Ukraine, two bodies coordinated by The Ministry of Ecology and Natural Resources of Ukraine and the Ukrainian Government were created to mitigate the consequences of the accident. In 2000 SSE Chornobyl NPP (hereinafter: SSE ChNPP ) was set up as the successor to ChNPP. It engaged in decommissioning of electrical generator units of nuclear plants, transforming the Soviet “Shelter” facility into the eco-safe system; it is subordinate to the State Agency of Ukraine on the Exclusion Zone Management (SAUEZM), established in 2010.

2016 marked a historical event – the new confinement structure, built by workers of 30 different nationalities, covered the old sarcophagus. The international funds allocated for this purpose amounted to 2.1 billion dollars. The new structure could potentially contain the radiation emanating from the epicenter for a hundred years. Its size equals 12 football fields, 3200 concrete mixer machines were needed to fill it with concrete. It is higher than the Statue of Liberty and weighs three and a half times more than the Eiffel Tower.

Does the new containment structure provide strong protection? Not really. Mykola Karpan, the former ChNPP deputy chief science and nuclear security engineer, and Valentyn Kupnyi, the former “Shelter” facility manager, call it “the umbrella that simply shields from the rain and the wind.” For example, the

structure renders it impossible to dispose of nuclear fuel, amounting to 200 tonnes still stored there.

Dismantling of the old shelter to cost UAH 2.5 billion

The dismantling of the old shelter will become the major undertaking for the Ukrainian side. There are two shelters covering the reactor at the moment. The old one does not protect but constitutes more of a serious threat in case it collapses. This year the SSE ChNPP announced UAH 2.5 billion tender for the partial dismantling of the old shelter by 2023. The dismantling was supposed to have happened six months ago, the project should have cost extra UAH 1.7 billion; the tender, however, was called off due to “no further need”.

Some participants complained to DOZORRO about the employer’s excessive requirements concerning their previous experience. It narrowed down the number of tenderers allowing taking part to those “who already worked in the exclusion zone”. As on June 19, 2019, two tenderers had been disqualified and two remained. One of the disqualified tenderers filed a complaint with the Anti-Monopoly Committee of Ukraine demanding to disqualify the other two tenderers on the grounds that they did not provide the required set of tender documents. At the moment two Ukrainian companies Private Joint Stock Company Ukrbudmontazh and LLC UTEM-Engineering are competing for the UAH 2.5 billion tender.

Chernihiv major’s father Anatoliy Antroshenko is the co-owner of Ukrbudmontazh. Since 2017, this company has signed UAH 1.3 billion worth of government contracts. As for the other contractor, Nashi Groshi detectives found a link between UTEM-Engineering and MP Maksym Mykytas of Ukrbudmontazh. Aged 6, Maksym was evacuated from his hometown Prypiat in 1986. His parents were the employees at the ChNPP.

In Chornobyl, the UTEM-Engineering already built the standby electric boiler house to provide heating for the new shelter. The cost of the project amounted to UAH 53 million. The company has experience and expertise in working with NPPs; since 2008 it has won several tenders worth about half a billion hryvnias. However, open criminal proceedings against it raise concerns. The investigators in Rivne suspect UTEM-Engineering in conjunction with Rivne NPP officials of exceeding the expenditures by UAH 4.6 million, achieved by falsifying reports on the executed work at the construction site of the nuclear waste recycling complex. The case has been open for 3 years.

Pending its dismantling, the old shelter should be placed under constant monitoring. Monitoring the shelter deformations costs the budget approximately UAH 1.5 million per year. Additional 150,000 is spent every year on videographing

the process. For three consecutive years, SSE ChNPP was commissioning the videography services from the firm in Slavutych, co-owned by Oleh Onisko, the leading radiation safety engineer.

The radioactive waste volume from the ChNPP Power Units decommissioning and “Shelter” facility transformation into an environmentally safe system approximately equals 70 Olympic pools. Nuclear fuel, materials, soil, and contaminated machinery are all considered to be waste in the exclusion zone.

In addition to the new sarcophagus, the new radioactive fuel storage facility will open in the vicinity of the ChNPP soon. Overall project value equals EUR 381 million. The contractor engaged in the work is the American company Holtec International.

After the 1986 Chornobyl accident, the spent nuclear fuel started to be stored in the hastily built storage facility. It is known as Spent Nuclear Fuel Storage Facility (hereinafter: ISF-1) or the “wet type” storage facility. To date, it has reached its capacity. The ISF-1 is being upgraded with new cable and anti-lighting systems.

The spent fuel from ISF-1 will be dried out at specially-built plant; Ukrbudmontazh provided it with the equipment worth UAH 21 million. Here the solidified liquid waste is put into 200 litter canisters and then transported in reinforced concrete containers to a new Interim dry-type Nuclear Fuel Storage Facility (hereinafter: ISF-2) to be stored in 31-tonne barrels. Transportation to the ISF-2 could take up to 10 years, and its design provides the ability to store the canisters there for the next 100 years. The scientists hope that the spent fuel will be reused if affordable waste conversion technologies become available.

At present, the new ISF-2 is being equipped with UAH 6 million Electrical Wiring System and is connected to the Common ChNPP Information System. There is the turbine island on the ChNPP premises – a huge building damaged by the explosion during the 1986 accident. This site is a part of the “Shelter” project and it is planned to be transformed into a storage facility. In 2017 the private joint-stock company Ukrenergomontazh, established in 1988 by the merger of the two then leading Soviet nuclear power enterprises, won the UAH 154 million tender to reconstruct the turbine island-building.

Commuter train. Every day the commuter train transports the workers and tourists from Slavutych to ChNPP Semyhody stop. The 57-minute employee commute costs the budget approximately UAH 50 million per year. This includes

renting the trains, Ukrainian and Belarus railways, securing the bridge by the military, and daily radiation measurements by railway dosimeters.

Firefighters. The State Agency of Ukraine on the Exclusion Zone Management (SAUEZM) protects the territory from fires and monitors the radiation levels there. Fire protection services acquired from different SESU fire departments in the exclusion zone cost the budget approximately UAH 7 million per year.

Veterinarians. Last year the veterinarians spent up to 239 hours in the exclusion zone, monitoring the infectious agents. It costs UAH 50,000 per year.

Electricity. UAH 104 million will be spent to provide electricity for the ChNPP units and contractors engaged in the activities to mitigate the consequences of the accident. In comparison, the Kyiv Metro spends five times more. In order to enhance the SSE ChNPP electricity reliability, the Kharkiv company Tekhnostar will renovate the electrical substation for UAH 52 million.

The Chornobyl transformation into a safe zone has been demonstrating progress in the last couple of years. The new USD 2 billion sarcophagus is already in place, some adjustments need to be made to finish the project. The new EUR 381 million radioactive fuel storage facility is also built, however, it is still being tested. The next big step is to start dismantling the old shelter to avoid new issues.