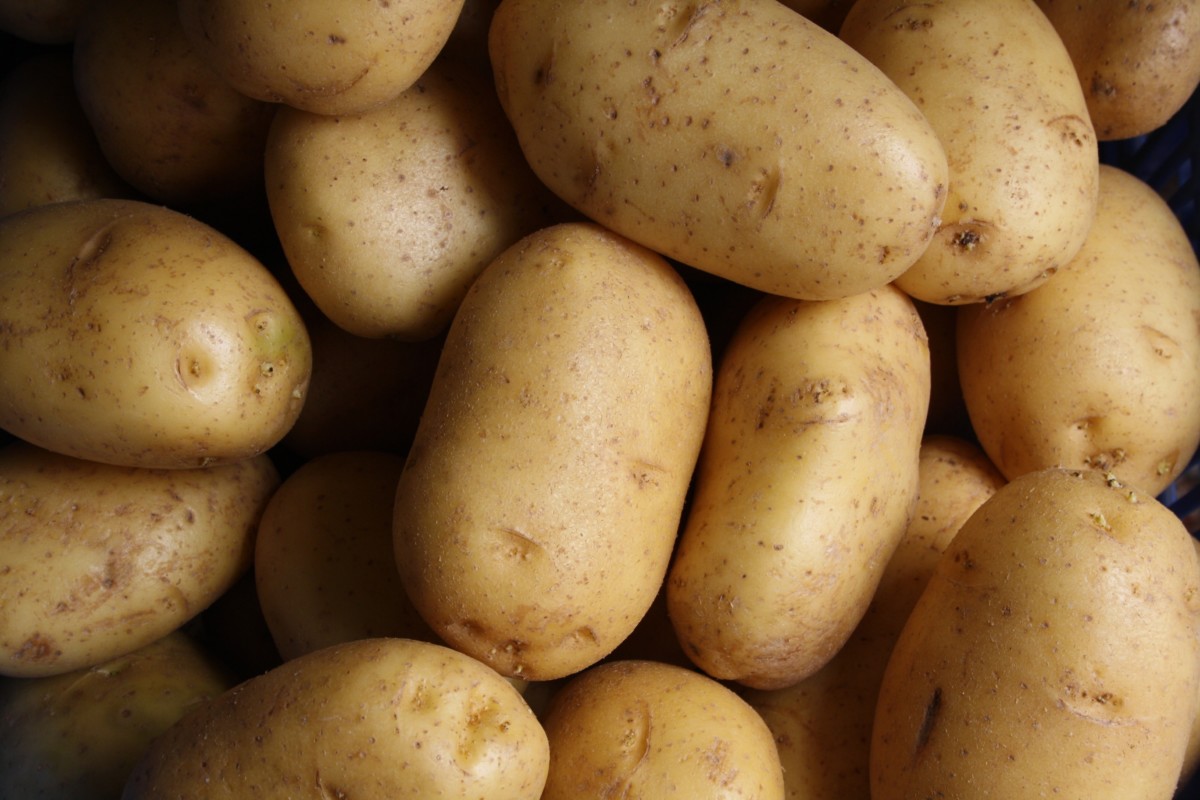 Much depends on the new Cabinet of Ministers, on who will become the head of the State Audit Service, and on whether there will be a full-scale relaunch of the institution responsible for control over public procurement from the State.

Answers will be provided soon. Meanwhile, we are looking back at three years of cooperation between the DOZORRO-community and the State Audit Service. It wasn’t always straightforward, and we would like to share our experience not only through numbers, but through the stories of representatives of various NGOs from all over Ukraine.

These are stories about how auditors fail to notice or act upon obvious violations. Stories about blind spots in the legal system. And we will even share some examples of successful cooperation.

The Center of Public Monitoring and Research

Since 2018, 305 applications concerned with violations in the course of 817 tenders were directed to the auditors. As of the beginning of 2019, when the online monitoring system of public procurement by the State Audit Service actually began to work, our appeals resulted in the monitoring of 232 tenders, in which 197 violations were found.

As a result of our appeals, tenders and illegally concluded agreements totaling an estimated UAH 91.3 billion have been cancelled or terminated. In some cases, customers cancelled the procurement process before the monitoring could even begin.

Auditors of the Western Office of the State Audit Service generally refuse to review information concerning split tenders in order to avoid an open tender procedure, insisting that the information will be taken into account during a scheduled inspection. Customers are actively abusing and flagrantly violating the Law.

For example, the Roads Service in Ternopil Oblast’ divided a road sample into 177 sections and released 177 reports on the concluded agreements, to an estimated total of UAH 26 9 million. Auditors refused to start the monitoring process, stating that they would take all information into account during a scheduled inspection.  In fact, they should have acted more harshly by beginning the monitoring process, halting the violations, and imposing fines on those responsible.

Since the beginning of 2019, no report outlining the results of tender monitoring has been drawn up. However, it is due to our appeals that auditors have found violations in 88 tenders since the start of the year.

In the course of several round-table discussions, we heard complaints from representatives of the State Audit Service about a lack of authority and inadequate legislation which they feel hinders their proper performance of their duties. Nevertheless, there have been no improvements that would allow auditors to expand their authority so as to work in an active and proper way.

In terms of quantitative indicators, the work of monitoring auditors is generally satisfactory. Qualitative indicators, according to our estimation, remain unsatisfactory. The number of violations in tenders is actually increasing rather than decreasing. Buyers carry with them a sense of impunity, and continue to actively violate the law because auditors almost never use their leverage, or see a case through to the end. The work of auditors comes down to finding the disclosed violations.

Commissioners of “Ukrazaliznytsia” have claimed more than 12 thousand tenders worth a total of UAH 42 billion. Since Autumn 2018, the auditors have conducted monitoring inquiries into 70 tenders totaling UAH 894 million, just 0,6% of the total number of tenders.

Taking into account the size and number of procurement by “Ukrazaliznytsia”, it is hard to hope that the monitoring initiative of the State Audit Service will pose a serious threat to corruption within the project.

We do not often agree with the State Audit Service’s conclusions. And for good reason.

For instance, the Northern Office refused to review procurement in which open tender for the emergency removal of potentially dangerous trees in Irpin was avoided. At the same time, the Central Office confirmed violations in more than 10 tenders. As a result of our appeals, staff members of the Northern Office of the State Audit Service are now subject to disciplinary action.

There have been cases in which we were able to initiate criminal proceedings after the groundless rejection confirmed by the auditors. One such case was concerned with tenders made by the Department of Education of Vasylkiv Regional State Administration. It is surprising that the auditors themselves do not contact law enforcement authorities when a groundless rejection is confirmed, as this rejection harms the State.

In the course of a two-year procurement analysis, we directed more than 400 emails concerning possible violations. During 2017 and 2018 the Northern Office Management of the State Audit Service in Vinnytsia Oblast’ confirmed that open tender procedure was actively avoided. However, at the end of 2018 their stance changed radically  – nowadays the State Audit Service considers each procurement in isolation as below the threshold and, therefore, free of violations.

The Northern Office Management of the State Audit Service in Vinnytsia Oblast’ fails to react when reports on concluded agreements are not filed in accordance with the Decree of the Ministry of Economic Development, Trade and Agriculture of Ukraine. As a result, neither the object of the procurement, nor any of its technical or qualitative details, can be identified.

The State Audit Office lacks the independence, the initiative for constructive dialogue with public-sector experts, and the system of sanction for inaction needed to work effectively.

The Institute of Analysis and Advocacy

The regional office has an unfortunate tendency to turn a blind eye to violations, which later come to light following an appeal to the central body of the State Audit Service.

For instance, Kyiv Maternity Hospital №6 divided a procurement item so as to avoid conducting an open tender. Following an inspection, the Northern Office came to the conclusion that there had been no violations and that the below-threshold tenders were conducted in accordance with the law. I appealed to the central body of the State Audit Service and asked to evaluate the conclusions of the Northern Office. And indeed, a breach of procurement legislation had been committed. The guilty auditors will be held liable.

The Northern Office confirmed violations in tenders for the ongoing maintenance of equipment. Some buyers believe that when X-ray machine maintenance is called a capital “overhaul”, it goes from “services” to “works”. Therefore, the threshold requirement for an open tender increases.

In regards to the buyers accountable, the Northern Office has, unfortunately, never brought any case to its end, citing a lack of authority.

Of course, there are blind spots in the legislation. The State Audit Service, for example, takes no action against violations committed during completed or cancelled tenders, allowing buyers to avoid liability.

Our cooperation with the State Audit Service bodies has revealed a complete absence of fresh approaches in its the work and, in some cases, real incompetence.

Another example is baseless conduction of a negotiation procedure. Khlibodar Village Council twice announced open bidding, but somehow its representatives “kept forgetting” to upload bidding documents, and no potential suppliers turned up for a tender. The commissioner terminated the contract immediately following the monitoring procedure.

In December 2018,  NGO the Kryvyi Rih Investigation Center appealed to the State Audit Service Management in Mykolaiv Oblast’ and reported violations. At the same time, Department employees began the monitoring process, and subsequently scheduled an inspection of the buyer. The inspection confirmed that violation had occurred, and on that basis a report was drawn up and those responsible were held administratively liable. The manager of the tender committee along with 5 representatives received a total of UAH 71 000 in fines.

In June 2017, before procurement was being monitored, Chornomorsk Village Council announced a tender for the renovation (insulation) of a comprehensive school building. The price of the reconstruction amounted to UAH 5 million. In the evaluation of the tender offer’s criteria and methods, the client indicated that the contractor would be allocated 30% of the criterion if registered to the territory of Chornomorsk Village Council. The remaining 70% of the criterion was evaluated to be the price of works to be done. In other words, a local participant may win at a price higher than a non-local competitor. NGO Kryvyi Rih Investigation Center spent two weeks appealing to the commissioner, demanding that they amend the bidding documents, but the latter insisted that the documents were not discriminatory. As a result of our appeal to the State Audit Service, the procurement was cancelled. According to a staff member on the investigation, their effective cooperation with the regional prosecutor’s office was instrumental in bringing the case to its conclusion.

To my mind, in order for the State Audit Service to become more efficient in the field of procurement procedure, it is necessary to inspect the list of violations under article 164-4 of the Code of Administrative Offenses, and to streamline the possibility of procurement inspections.

A sense of impunity and lack of control over abuses of the ProZorro system are what have been gradually, but steadily, poisoning public procurement procedure and diminishing business confidence in the field.

Draft law №1076 will help to establish the control needed to increase liability for violation of procurement law. However, things may only fall into place with the full-scale relaunch of the State Audit Service, and its cooperation with law enforcement bodies.

These three years, however, are not to be considered wasted, despite auditors’ feeble reaction to the issue of abuse and tendency to dodge it as a “hot potato”. While the State Audit Service was mostly “whining” and referring to the lack of authority, the public was not “shrugging its shoulders”. Not only was it acquiring expertise, it was also suggesting effective solutions. For instance, it suggested that a cabinet of ProZorro auditors be created, alongside regulations on administrative liability.

Hopefully, then, cooperation with the State Audit Service will no longer resemble a game of “hot potato.”