One Hundred Days of Zelenskyy’s Presidency. Too Early for Anti-Corruption Achievements

How would you assess the level of corruption in Ukraine? The world shows that corruption can be very different: in Austria, the government resigns after a public uproar due to mere allegations of corruption, while Russia and Venezuela are full-fledged mafia states, where corruption permeates the public authorities.

As you know, Transparency International measures the Corruption Perceptions Index every year. According to the 2018 index, Ukraine is in the bottom hundred: we were on the 130th place out of 180, with 32 points out of 100. That is, Ukraine is a country which is already trying to fight against corruption but still has a long way to go. We can speak about certain achievements, but we are way far from Austria, for instance.

We have anti-corruption agencies, and I would call it a success that these institutions are already independent and strong. At the same time, we are waiting for results, for fair verdicts in courts. That is why we cannot be compared to Austria, where the government resigned because of one single video. But we cannot compare ourselves to Russia, where corruption effectively replaces the government. We are somewhere in between the two, and this “in between” happened during the last five years thanks to public resistance that started in winter of 2014.

During the next five years, I think we are going to be moving towards Austria. At least, I would like to believe that.

How do you assess the situation with corruption counteraction after the new president’s inauguration?

Andrii Borovyk: It is too early to ask questions like that, it’s only been 100 days. There are certain positive steps. For instance, there was constant tension between the NABU and the SAPO, and after one conversation with the head of the Presidential Office they became friends again. Even though the NABU director says, “We are not kids in a kindergarten to get us to make up; we have found things in common and now we are working together.”

Against the backdrop of the upcoming launch of the High Anti-Corruption Court, it is a very positive sign. But it is hard to say about any achievements so far. Actions and statements of the members of the new team should be perceived through a political lens. The political process is ongoing, the elections have just ended. We should see if this trend goes on, when the President goes somewhere and orders to fire this or that person because they are corrupt. In fact, nobody gets fired, they just switch places. I hope the President will understand that it is no way to govern a country, when the President acts like a tsar and says who is good and who is bad. You should build strong institutions that do their job. 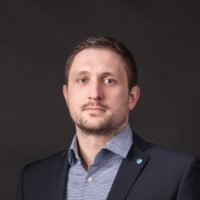 We cannot be compared to Austria, where the government resigned because of one single video. But we cannot compare ourselves to Russia, where corruption effectively replaces the government. We are somewhere in between the two.