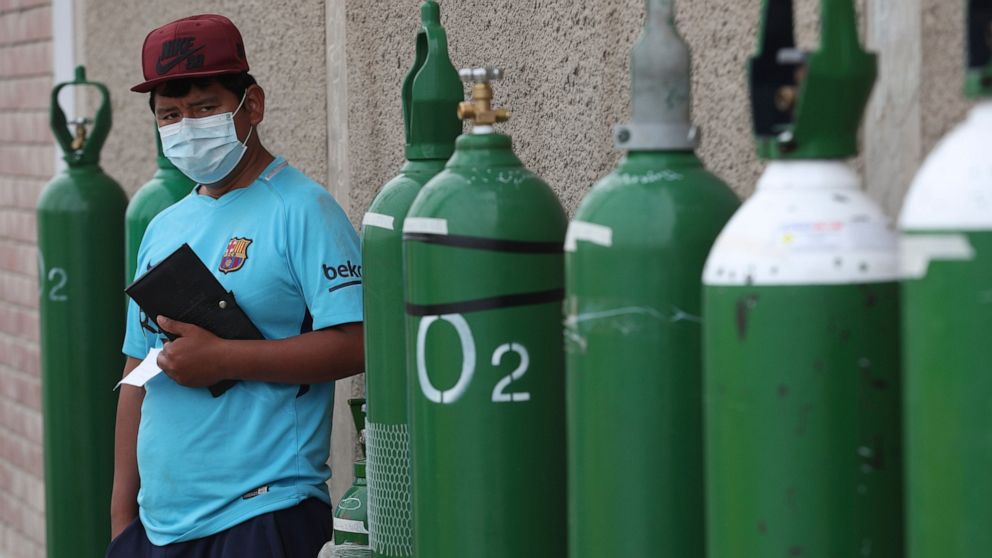 In April, Ukraine saw from 6 to 20,000 new cases of coronavirus every day. Along with the increase in the total number of patients with COVID-19, the number of hospitalization cases of the patients in need of inpatient treatment is also increasing. The number of severe cases with patients in need of oxygen therapy is also on the rise. Medical facilities operate under a significant load, there are difficulties in supplying the necessary amounts of medical oxygen and consumables for the equipment.

For example, there were problems with oxygen at the Khmelnytskyi Infectious Diseases Hospital.

“The hospital is running out of oxygen. If anybody knows where to buy oxygen (at least a few cylinders), contact the admissions department of the Khmelnitskyi Infectious Diseases Hospital urgently”,  says the message.

As of the evening of April 13, oxygen was found, but the hospital still needs it.

The hospitals of Odesa oblast have also faced the lack of medical oxygen. Some medical institutions in the region lack sites of supplied oxygen and oxygen concentrators. Sometimes patients have to come to medical facilities with their own concentrators. The possibility of transporting oxygen from manufacturer to hospitals also remains a problem, as there is already a lack of specialized transport as well.

Since the beginning of the pandemic, the DOZORRO project has been following the way oxygen is purchased in Prozorro.

In March 2021, Rivne NPP was granted such a license, and it will supply oxygen to the regional hospitals. In general, its production is set going at the nitrogen-oxygen stations of Rivne NPP, as well as Zaporizhia and Khmelnitskyi NPPs. However, even such additional capacity does not meet the existing need.

In early April 2021, Maksym Stepanov, the Minister of Healthcare stated, that medical institutions have maximized the number of beds with oxygen — up to 67,000, and there can be no more. At the same time in a few days the government allowed using technical oxygen to support patients with coronavirus disease, if it meets medical requirements. Maksym Stepanov stressed that technical oxygen will be preliminarily tested in a quality control laboratory.

“It will be possible to purchase and supply technical oxygen to medical institutions only after medical research, which will prove the compliance with all the criteria of medical oxygen”, added the minister.

How much oxygen was purchased through Prozorro from early 2020 to April 21, 2021

Hospitals can buy medical oxygen in two states: liquid and gaseous. In the first case, the medical institution also needs a cryogenic gasifier, a special system that converts liquid oxygen into gas. It is then piped to wards. Otherwise, hospitals use gas cylinders.

Oxygen demand first rose sharply in March 2020, when the pandemic was just beginning. However, then the excitement subsided quite quickly; in May, the costs for oxygen more than halved compared to April. In summer, the demand began to grow again, and autumn in general was marked by a sharp jump. For example, in November, medical facilities purchased 1.5 times more gaseous and 2.5 times more liquid medical oxygen than in October. The costs amounted to UAH 68.8 mln and UAH 38.5 mln, respectively. The upward trend in procurement continued in early 2021. January peaked, when there were signing of agreements for oxygen supply worth more than UAH 170 mln.

To find out the number value of the indicators, move the cursor to the part of the chart that interests you.

The least amount of medical oxygen is bought in the following oblasts:

In contrast to the prices of most of the products used to fight the coronavirus, the prices for medical oxygen in Prozorro were quite stable. However, sometimes they also differed greatly from the average. This can be explained, in particular, by the volume of procurement and the distance between the procuring entity and the supplier. Medical oxygen is difficult to transport because it is explosive in the gaseous state. Therefore, the greater the delivery distance, the more significantly the total amount of the transaction increases.

The median price for gaseous medical oxygen was UAH 44-48 per 1 m³ (i.e., UAH 281.6-307 per 40-liter cylinder). The median price is in the middle of the whole price range. This is almost the same as the average, but it is not affected by abnormally high or low values.

At the beginning of the COVID-19 pandemic in Ukraine, one of the main problems was the lack of ventilators in hospitals. The government, business, and volunteers searched for them all over the world, bought and repaired the outdated ones, and even tried to print them on 3D printers. Nowadays, according to the data of the Ministry of Health of Ukraine, hospitals have more than 6,000 ventilators that provide care to patients with COVID-19. But there is another problem: the outdated infrastructure of hospitals does not allow to connect all the devices to the oxygen supply system. Moreover, many patients simply need oxygen support, not lung ventilation.

Meanwhile, the situation with oxygen supply is becoming more complicated every day, more and more medical institutions are experiencing its shortage. Although hospitals have been allowed to use technical oxygen to support patients with COVID-19, the available capacity is still insufficient to cover the current needs. Another problem is the transportation of oxygen from manufacturer to hospitals, as there is also a lack of specialized transport. We only hope for the efficiency and effectiveness of the government decisions, while hospitals are also looking for oxygen concentrators.

The data used for the material can be found here.