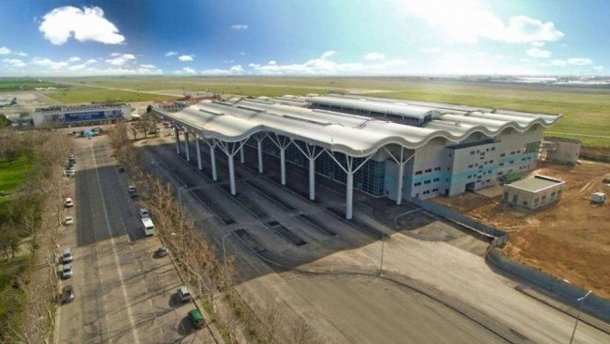 The War over Odesa Airport

The fight for Odesa airport has been going on for eight years already. How and when will it end?

The fight for Odesa airport has been going on for eight years already. How and when will it end?

The “war” over the airport is hardly surprising, given we are talking about 65 ha of real estate with an estimated value of UAH 2 billion. Even as the government changed several times, laws were amended and new anti-corruption institutions were created, this story would not be put to rest.

One of the heroes of this story — investigative judge Viktor Fomin — has transferred the airport to the Asset Recovery and Management Agency (ARMA), and now has to defend his decisions.

Not only did Fomin directly participate in review of motions concerning the airport, he also reviewed about 900 files of criminal proceedings during his half-year business trip to Solomianskyi court in Kyiv. They include cases implicating members of the Parliament, ministers, TOV International Airport Odesa and transfer of billions offshore.

It seems that this activity was the reason why Fomin did not receive an extension of his business trip and why they tried to bring him to disciplinary liability multiple times. Moreover, the SBU has started a criminal proceeding under Article 375 of the Criminal Code of Ukraine exactly for a decision in the Odesa airport case. On September 18, the High Council of Justice reviewed the possibility to start disciplinary cases against this investigative judge, too.

What is this airport?

How It All Started

At the beginning of 2010s, the Odesa authorities decided to upgrade the international airport. Municipal council members decided to engage private capital for management of the facility. Why? Because a modern airport would be a great asset for the city’s image and prestige.

At first glance, the initiative is commendable. But the procedure which was supposed to be fair turned into a way to take over municipal property.

On July 8, 2011, TOV International Airport Odesa was created and obtained millions of hryvnias of property as statutory capital. For this, the municipal authorities received a “whole” 25% of this capital. Who got the remaining 75%? This “gift” went to TOV Odesa Airport Development for a contribution of UAH 355 million.

Right, who needs a fair open competition when smart people have already made all the decisions among themselves?

Sure enough, soon the new owners got millions of loans in US dollars secured on “their” property. In November 2014, Odesa city council filed a lawsuit to recognize certain provisions of the charter and agreement with TOV International Airport Odesa invalid. On July 13, 2015, the Economic Court of Odesa oblast partially granted this lawsuit. Thus, this enterprise could not get the right to ownership of the airport property.

But when the appeal was reviewed, Odesa mayor signed a deal under which the municipal fact was re-registered. Thus, the litigant and the defendant formalized that the majority of the municipal property was transferred to private ownership, and the city of Odesa recognized it.

And here come the NABU and the ARMA

In 2016, the National Anti-Corruption Bureau undertook the case of the airport. On March 3, 2018, the airport was seized on the count of abuse of power in office. On March 29, investigative judge Fomin, whom we already discussed above, transferred this asset to the ARMA.

After this transfer, the former “owners” made a few attempts to take back control over the airport. Judge of Kyiv Administrative Court Yevhen Ablov prohibited any registration action concerning immovable property of TOV International Airport Odesa.

For over half a year, the ARMA tried to study the asset and find a manager for the airport. This is understandable given the airport is a technologically complicated asset to manage and the potential manager would need to spend millions on its assessment alone.

While the ARMA was looking for a manager, on November 1, 2018, investigative judge of Solomianskyi district court Maksym Vyshniak decided to be liberal with interpreting the legislation and cancelled the airport transfer under the Agency’s management.

That’s it for now. The fight goes on.

But when the appeal was reviewed, Odesa mayor signed a deal under which the municipal fact was re-registered. Thus, the litigant and the defendant formalized that the majority of the municipal property was transferred to private ownership, and the city of Odesa recognized it.

News
Preserving Chances of Successful Competition for ARMA Head: What Should the Commission Do?
arma
News
NABU Serves with Charges in Case that Began with Feedback on DOZORRO
dozorro_community
nabu
News
What’s Going on in Competitions to Anti-Corruption Bodies?
hacc
nabu
News
308 Candidates for 8 Positions of Prosecutors: SAPO Competition in Full Swing
sapo
SAPO call