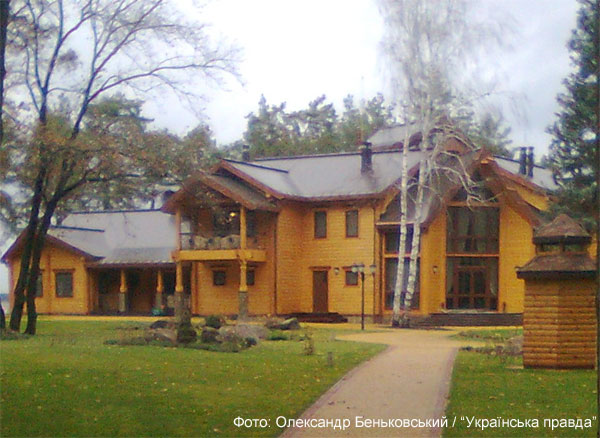 When Will Forester’s House Be Recovered from Yanukovych to Ukraine?

On July 30, the High Anti-Corruption Court transferred the so-called Forester’s House in Sukholucchia, that allegedly belonged to Yanukovych, to Asset Recovery and Management Agency. This decision was made as part of the case on the appropriation of 17 ha of public forest land.

We have already started forgetting this part, am I right? During his “reign” and for a couple of years afterwards, Ukrainians remembered the stories of arrogance and greed about Yanukovych’s hunting grounds, blocked roads and excessively opulent lifestyle.

If we leave the emotions out and focus on the data, the decisions allege that Yanukovych and “unidentified individuals” developed a criminal scheme to illegally alienate a land plot on the territory of Sukholucchia village council. This was back in 2007-2009, when Yanukovych was the Prime Minister and Yushchenko was President.

This could cause a particularly large damage to the national budget. Where do we stand now? So much time has passed; yet, there is no court decision yet. What is more, the case is still being investigated. First, it was handled by the PGO Special Investigations Department. Then Prosecutor General Lutsenko stripped them of the right to investigate Yanukovych’s case. In 2019, the case was transferred to the National Anti-Corruption Bureau.

This is one of the more obvious reasons why this extremely expensive asset had not been transferred to the Asset Recovery and Management Agency (ARMA), which has been created for this purpose exactly. Investigators of Pecherskyi District Court seized the hotel and restaurants on the land back in March 2015. In May 2016, they seized the property inside.

Another obvious reason is that the hearings were postponed numerous times because it was impossible to notify the property owner and ensure his participation in the hearing.

What did the court seize and what is being transferred to the ARMA now?

Also a checkpoint, buildings for security guards and for equipment… As for the property inside, you can read it in the decision itself. But personally, I did not have the patience. First, because they go into so much detail, which is equal parts admirable and frustrating. Second, because the language is special to say the least.

It is now unclear what remains from the hundreds of items. It is also unclear what the ARMA is going to do. The Agency can announce a tender for the Manager of this property, but it can also sell it and put the funds on a deposit. They should choose an option that will help preserve the economic value of the asset as much as possible. That’s why the Agency was created. They need to wait for a final decision in the case and then either send the funds or the asset to the government, or give back to the owner if he is acquitted.

The case will be resolved in court one day. Right?

from the description of property in the case file

News
Preserving Chances of Successful Competition for ARMA Head: What Should the Commission Do?
arma
News
NABU Serves with Charges in Case that Began with Feedback on DOZORRO
dozorro_community
nabu
News
What’s Going on in Competitions to Anti-Corruption Bodies?
hacc
nabu
News
308 Candidates for 8 Positions of Prosecutors: SAPO Competition in Full Swing
sapo
SAPO call