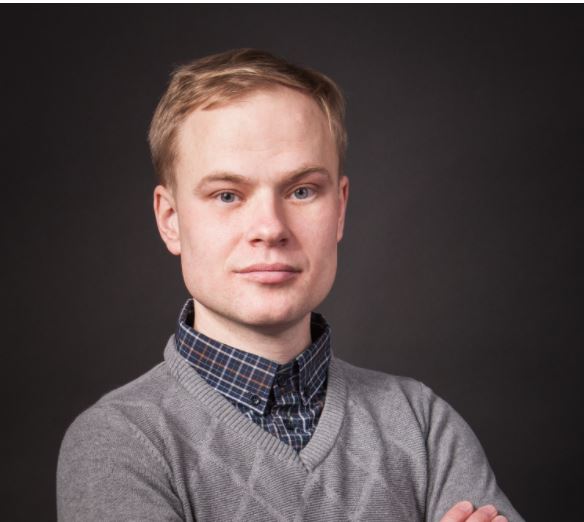 83% of Ukrainians consider the fight against corruption in Ukraine unsuccessful. This is the result of the May survey carried out by Ilko Kucheriv Democratic Initiatives Foundation. Even though in 2017 Ukraine slightly improved its score in the Corruption Perception Index. It is very upsetting that, during the four years that have passed since the beginning of revolutionary changes, the society does not feel like the winner in the war against this shameful phenomenon. The unprecedented level of procurement transparency and officials’ e-declarations are not enough, nor are new anti-corruption agencies (NABU, SAP, NACP, ARMA). Even the long list of investigations of the anti-corruption bureau against the representatives of the political elite does not give Ukrainians hope that they are finally beating corruption in their country.

Of course, one of the reasons is the media coverage of the subject of corruption. Traditionally, there is more talk about failures rather than achievements. But. Everything would change if the media had a chance to report, regularly, on… convictions of corrupt officials. The news that somebody who has been stealing from the people is going to jail is what can make a breakthrough in the public opinion and turn it more optimistic. And that is a significant reason in favor of the independent Anti-Corruption Court. The kind whose decisions will be trusted by millions of Ukrainians. The trust will depend on who the judges will be. If the robes are worn by lawyers who soiled their names by collaborating with Yanukovych’s regime or the so-called Maidan judges, or owners of assets of unidentified origin, the Anti-Corruption Court will lose the public trust way before its first convictions.

That is why it is essential to entrust the selection of judges to those whom Ukrainians truly trust. Who are they? No, not the President’s representatives. Only one in twenty people is ready to assign this function to them. Similarly, only 9% are ready to trust the judicial authorities, and only slightly more trust MPs – 13%. In contrast, leaders of trustworthiness are civil society organizations (47%) and international experts (38%).

Dear MPs, are you planning to ignore these opinions? Perhaps, it is better to start formation of the Anti-Corruption Court based on the principles which will make it highly trustworthy right off the bat? Of course, unless you are interested in the opposite – defamation of the new institution, which can potentially work on cases which pertain to your interests, among other things. But think of your own interest, which you will care about a mere year from now. Voters of all parties which have the chance to make it to the Parliament, according to the May data, support the key role of international partners in the selection of judges. 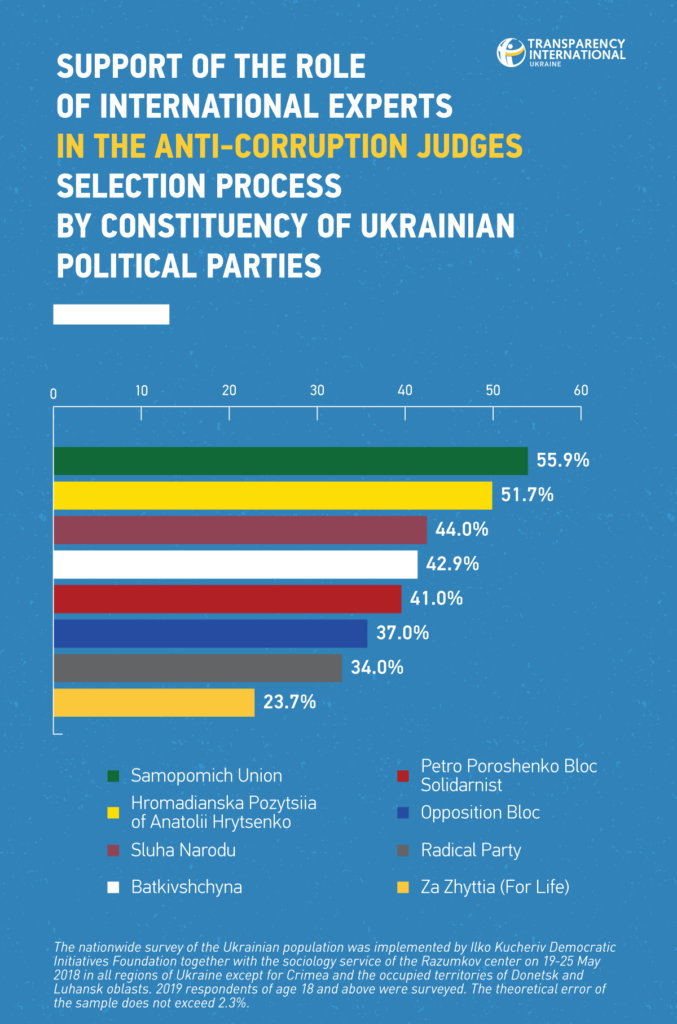