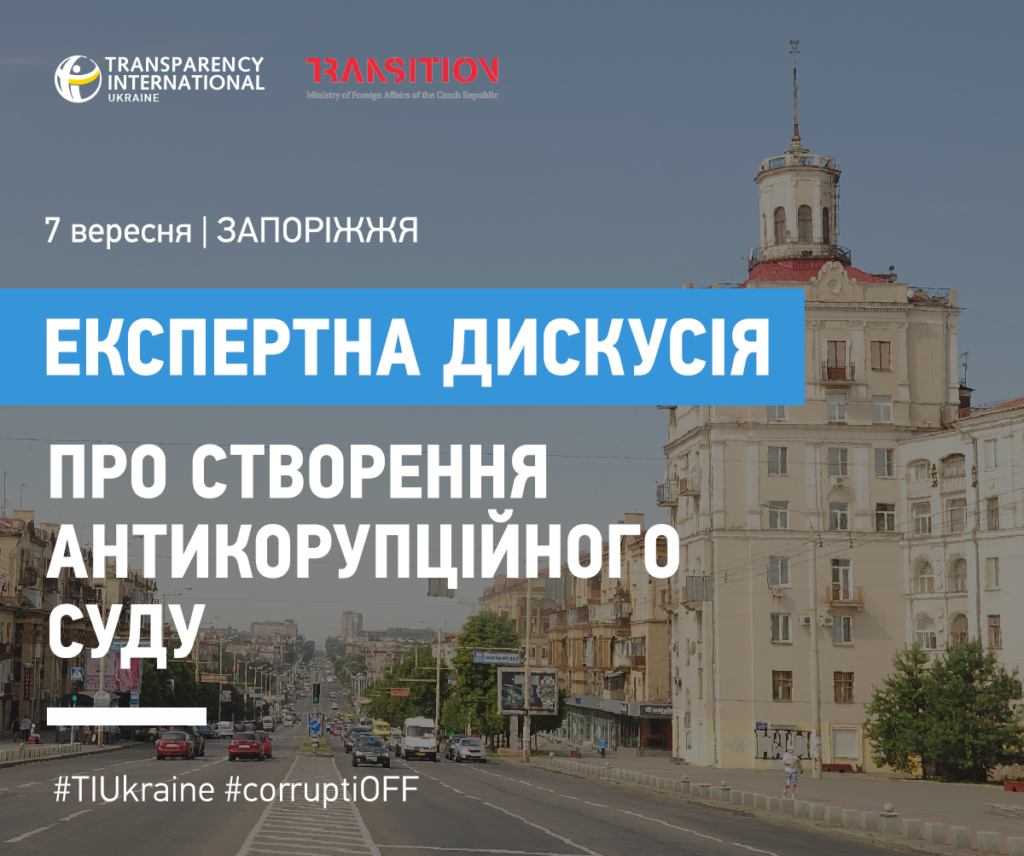 An anti-corruption court – to be or not to be? A discussion in Zaporizhzhya 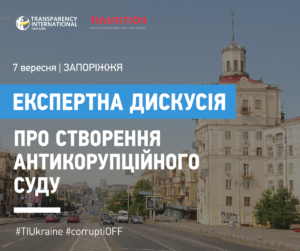 The Ukrainian chapter of the international anti-corruption network Transparency International invites lawyers, journalists, activists and representatives of local authorities to an expert discussion on judicial reform and the creation of the Supreme Anti-corruption Court in Ukraine.
The event will take place on September, 7, 2017, at 10:00 Ukrainian time at the “Teatralnyi” Hotel in Zaporizhzhya, street Troitska, 23.

The independent but efficient judicial system is a crucial element of any democratic state where supremacy of law dominates. In Ukraine for the last years a big number of systemic reforms is introduced together with the reform inside the judicial branch. Nevertheless, a large number of reforms have not achieved visible results yet, and a success of the overall process depends on the ability of judicial system to work independently and effectively without intrusion of any third party.

At the same time, politically motivated forces influence court rulings, especially in cases connected with corruption. As a result, the society expresses no trust in the judicial system, and corrupt officials remain unpunished. That is why, there is an urgent need to create an independent Supreme Anti-corruption Court that will carry out final decisions on cases investigated by NABU.

Please click on the corresponding registration link below to register until September, 5: https://goo.gl/forms/aEm86nPB8ih593583

Food and informational materials are free of charge.
If you have any questions about the event and for accreditation of journalists, please contact Maksym Kostetskyi: + 38 063 887 46 30