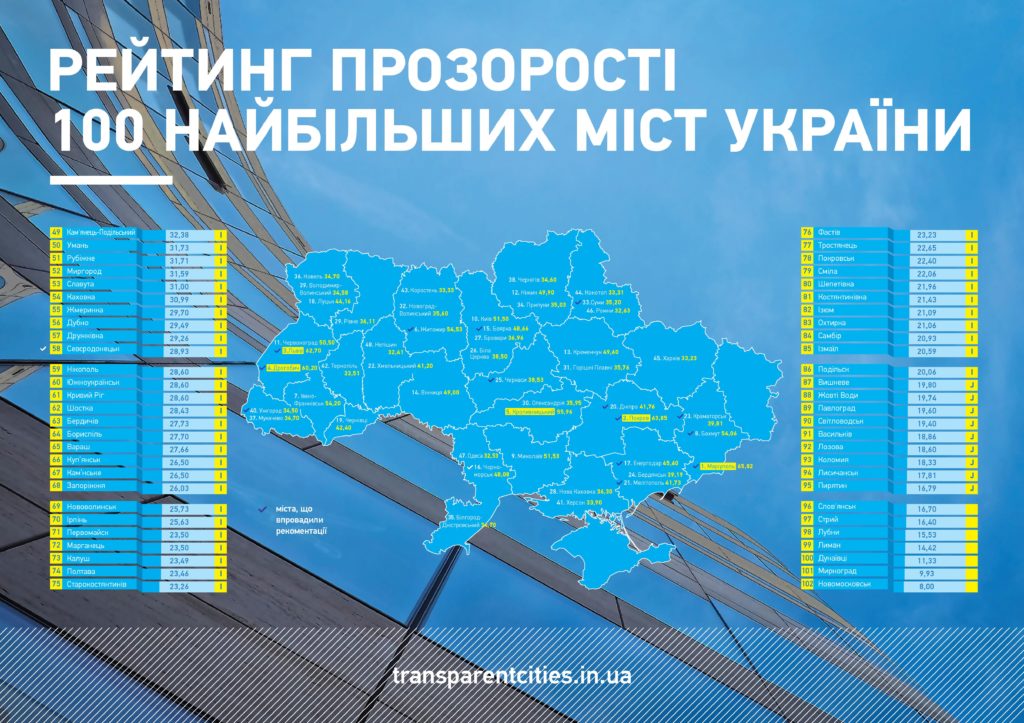 17 Ukrainian cities used the recommendations from Transparent cities, which aided the increase of their position in the transparency ranking of 100 largest Ukrainian cities.

Transparency Ranking is a study that measures the amount of information actively provided to citizens, the quality of anti-corruption actions and the openness of the government towards their citizens, defined by the Ukrainian chapter of the global anti-corruption organization Transparency International together with Transparency International Slovakia and Institute of Political Education. The cities received their recommendations for 13 main accountability areas of local authorities in addition to their city’s rank.

As of 25 May 2018, the given recommendations have been implemented in the following cities:

You can learn more about the Transparency Ranking of 100 Largest Ukrainian Cities and the recommendations on improvement here https://transparentcities.in.ua/rating/?rating-year=current.

Two cities which were not included in the Ranking have now joined the process of evaluation of transparency – Trostianets and Pyriatyn. The cities currently rank 77th and 95th respectively, however, the team reassures that it is only a matter of time before they improve.

In order to improve your score in the Transparency Ranking:

The final scores will be determined in autumn 2018 when the cities are studied again and inspected on their transparency and openness. In the meantime, all the cities have an equal opportunity to use the recommendations and improve their position.