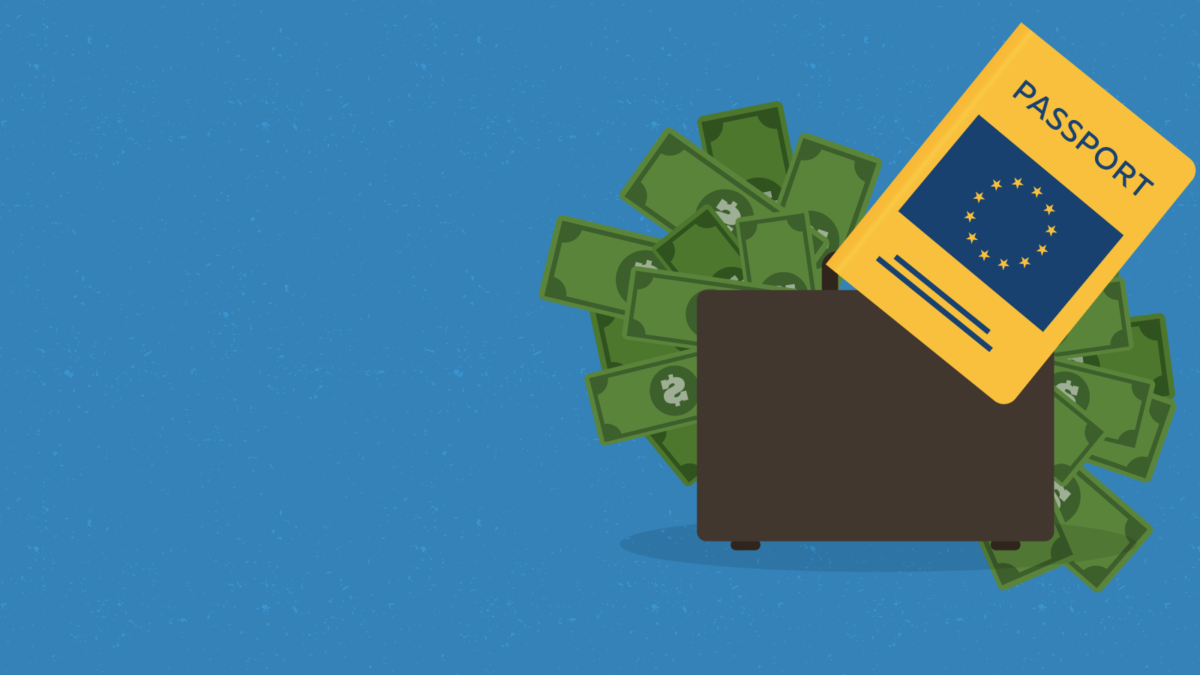 How much does it cost to get a European passport, or residency rights that give you access to housing and banks in Paris, Rome, or Brussels?

It can be as little as €350,000 in Portugal if you buy a house in the right neighbourhood or promise to create five jobs, according to Susana Coroado from Transparency International’s Portugal chapter.

“The scheme started in 2012 on the back of the country’s financial crisis. The banks and real estate sector were in a really tricky situation, property was not being sold,” she says. “The government created ‘golden visas’ to attract capital to the banks and find a way to deal with the amount of real estate that was empty. It became a big business.”

Coroado says that in the Portuguese case there is a passing of the buck on background checks.

“When we ask who is checking the source of the money? The Portuguese authorities say that is the real estate agents and the banks. But the financial institutions say: ‘It’s not our business, we are not the police. It’s not our job to do this.’ Everybody is evading their responsibility.”

It’s not just Portugal that offers these schemes — Spain, Hungary, Latvia, Portugal and the UK, for example, also have golden visa schemes — and there are concerns that it’s a system ripe for abuse. “It’s so immoral: at the same time that member states are barring people from coming into Europe, deploying all sorts of paraphernalia to stop poor migrants, they are giving a golden corridor for the rich and wealthy with minimal checks,” said Ana Gomes, a member of European parliament for Portugal.

Sylwia Wolos, an expert on this subject from Thomson Reuters, says that many applicants come from China and Russia (in Hungary and Portugal, 60 to 80 per cent of applications are Chinese, while in Latvia, they are 70 per cent Russian, according to Transparency International.

The European Parliament is currently preparing a report on this subject, according to MEP Gomes. “But first we need to have a discussion at an EU level on whether EU citizenship should be seen as a marketable commodity like any other,” says Transparency International’s Laure Brillaud.