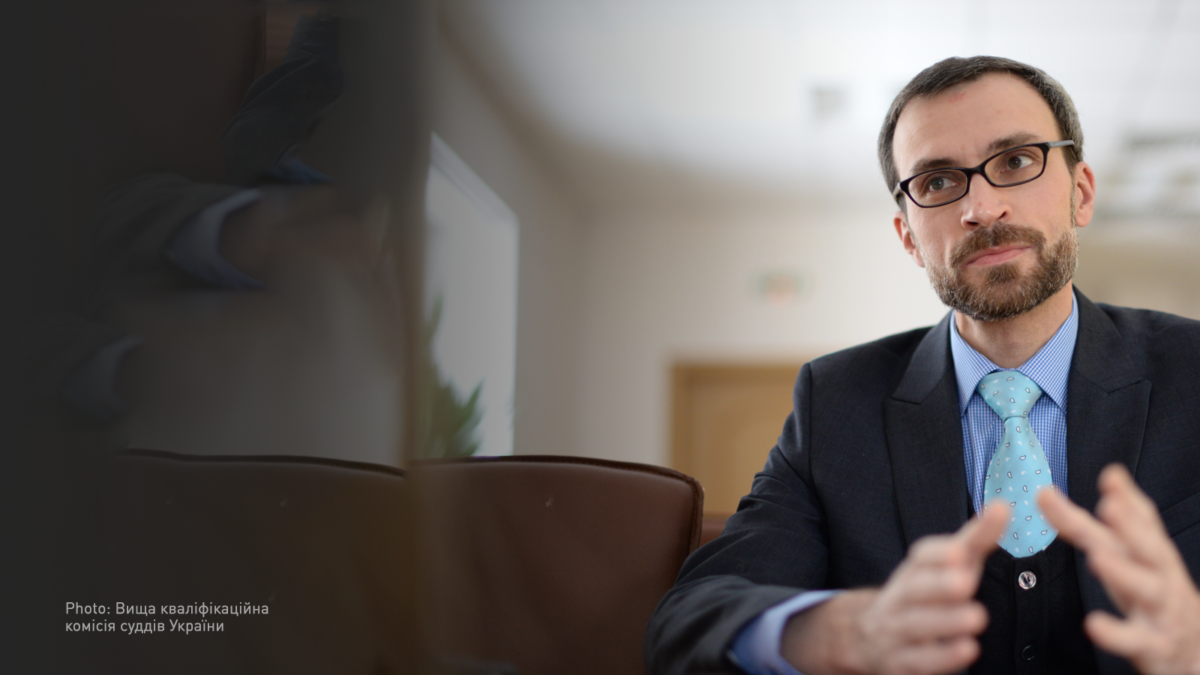 On June 27, the media reported that Parliament Commissioner for Human Rights Liudmyla Denisova had fired a member of the High Qualification Commission of Judges (HQCJ), Andrii Kozlov, who had been appointed on the quota of the Ombudsman in October 2016 for a four-year term of office.

Andrii Kozlov was fired immediately after he publicly announced that the that the HQCJ had forged the voting results concerning a negative conclusion of the Public Integrity Council (PIC). The conclusion in question regarded Inna Hryban, a “Maidan judge” from the Kyiv Appellate Administrative Court. On June 12, the decision in support of this judge did not receive the required 11 votes to overcome a negative conclusion, meaning that she should have been automatically fired. Instead, the Commission members announced a break, stalling the decision. In protest, Andrii Kozlov walked out of the meeting. Later, in his posts on social media and in his comments to journalists, he heavily criticized the qualification assessment procedure and the attempts of his colleagues to support dishonest judges even when there is indisputable evidence that they lack the integrity required for such a position.

Civil society organizations that work on the judicial and anti-corruption reforms condemn the decision of the Commissioner on dismissal of Andrii Kozlov and believe that the real reason he was fired is to eliminate independent members of the HQCJ with a strong stance concerning the assessment of dishonest judges.

In the three years since the beginning of the judicial reforms, the HQCJ has demonstrated its reluctance to “clean up” the judicial system. As the result of qualification assessment of over 2,700 judges, only 16 were dismissed on the grounds of ineptitude with position held. The new composition of the Supreme Court includes 45 judges with negative conclusions from the PIC.

It has become evident that one independent Commission member cannot influence the outcome, and publicly demonstrating his stance has only resulted in him being subjected to political pressure.

We urge the President of Ukraine and the future Parliament to prioritize reformatting the composition of judicial governance agencies (High Qualification Commission of Judges and the High Council of Justice), ensuring that at least half of each agency consists of public experts and that international experts participate in selection of their members. A mechanism should be introduced to review illegal and groundless decisions of the HQCJ in which they positively assessed dishonest judges.

Center for Democracy and Rule of Law

It has become evident that one independent Commission member cannot influence the outcome, and publicly demonstrating his stance has only resulted in him being subjected to political pressure.