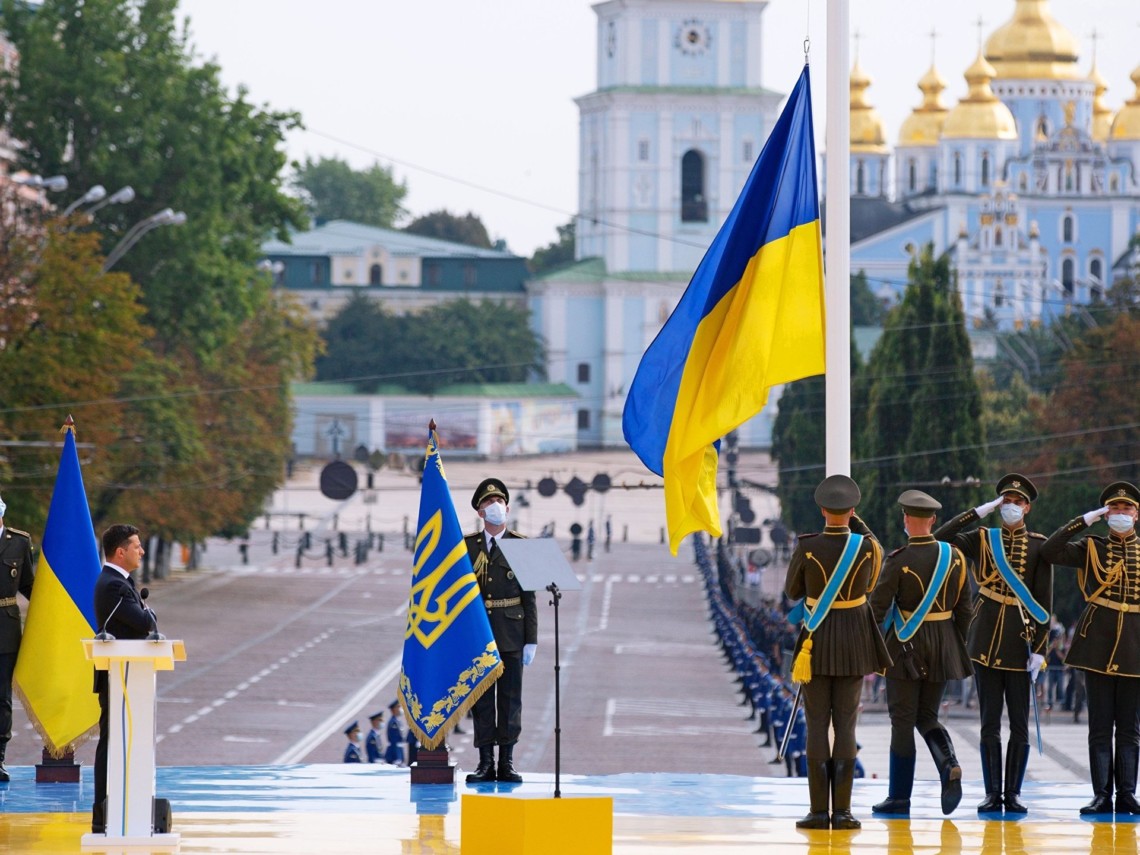 Before the Independence Day, UAH 195 mln was planned to be spent on celebrations. However, procuring entities continued to announce relevant procurement transactions both in the last days before and after the festive day.

Therefore, as of the end of August, the amount of expenses increased by another UAH 44.2 mln.  SE Center for Protection of Ukrainian Informational Space received most orders. From August 19 to the end of the month, the company announced procurement for UAH 36 mln. The lion’s share accounts for camera, sound, and stage equipment. Almost UAH 12 mln is to be paid for the stage set. 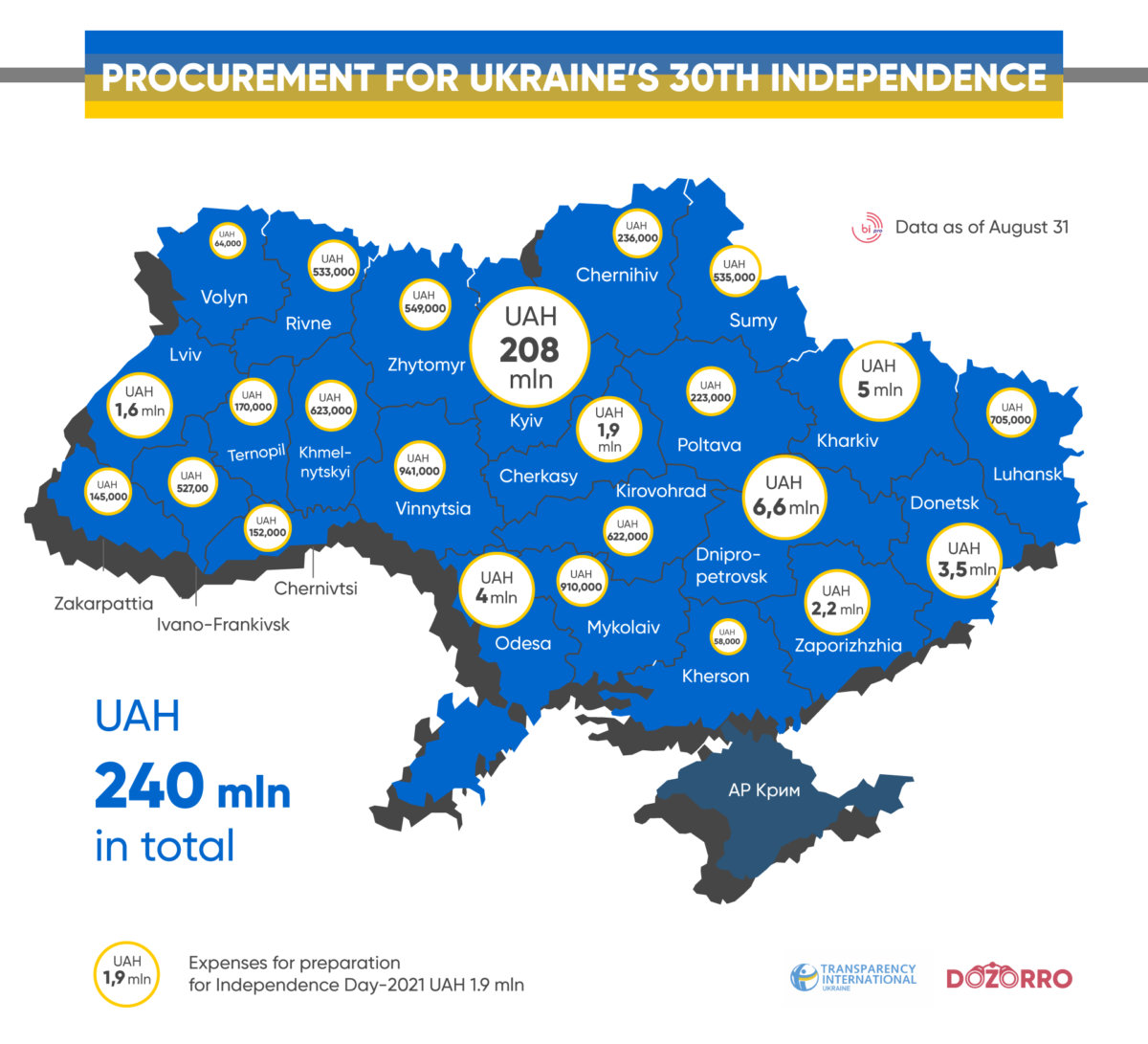 So, as for now, the amount of expenses for the celebration of independence has reached UAH 240 mln. It might increase even more — single procurement transactions were announced even in September.

In addition, according to the negotiation procedures, procuring entities can still purchase what is planned for infrastructure projects that the Cabinet of Ministers of Ukraine has approved in the list of events dedicated to the 30th anniversary of independence. At least UAH 89 mln will be overpaid for the equipment in the new building of Okhmatdyt.