In 2017, the volume of sales of assets owned by banks, state and municipal enterprises through ProZorro.Sale added up to almost UAH 5 billion. Apart from sales of property of bankrupt banks by Deposit Guarantee Fund, in 2017, the project started selling and renting out real estate objects owned by staet and communal enterprises in over 15 Ukrainian oblasts.

At the presentation of the report (available here), First Deputy Minister of Economic Development and Trade Maksym Nefiodov explained that the project was based on a simple idea: to transfer best practices of the public procurement system ProZorro to the area of sales of bank assets. “But the challenge in itself was hardly easy: we needed to turn over the rules of the game. That is why we invited our ProZorro partners – Transparency International Ukraine, as well as part of the project team that agreed to work on development of the project,” he said. 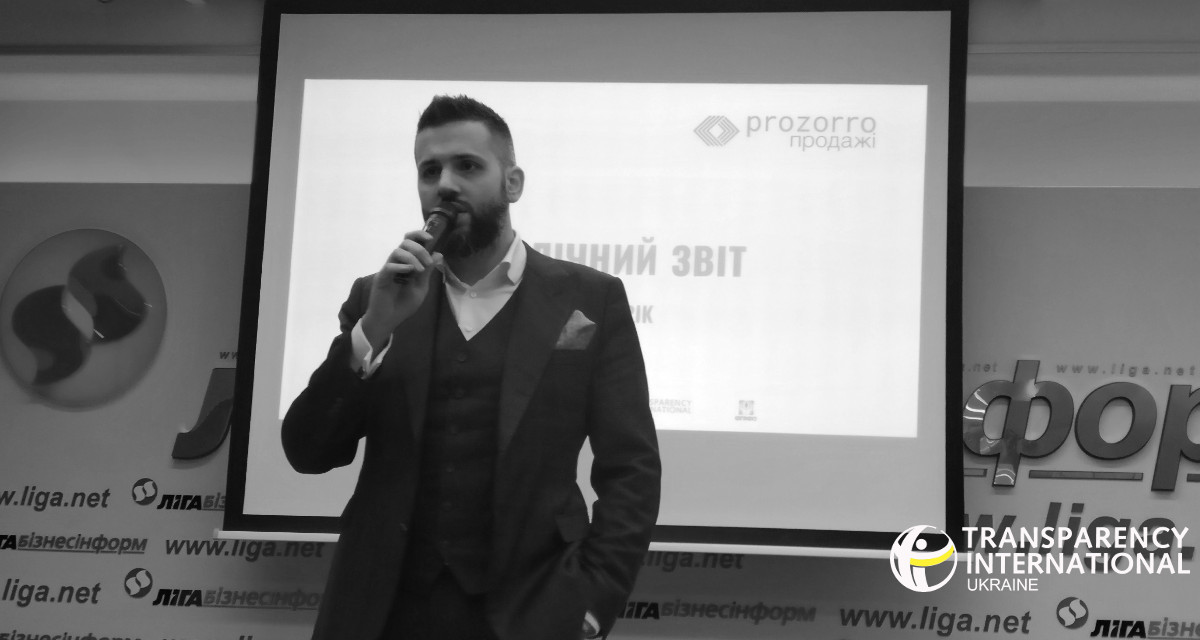 According to Mr. Nefiodov, the project team has managed to accomplish quite a lot. “The progress is evident – among the achievements, UAH 4.5 billion worth of sales, launch of the new auction model, sales of assets of state and communal enterprises. Later – small scale privatization items. We developed a new unique auction model based on the Dutch auction, which allows for quick sales of assets that could not get sold for years before that. Every day, the numbers are growing, new cities are joining. I would like to thank all partners, the team, Transparency International and Deposit Guarantee Fund. The DGF’s example proves that state agencies can be reformed to make them more efficient.”

Taras Yeleiko, director of consolidated asset sales department of the Deposit Guarantee Fund, told that over 90 banks had been referred to the Fund’s management during the past four years. The Fund faced a challenging task: to fully pay the guaranteed refund sum while also selling the property of bankrupt banks, using the funds obtained through sales to meet the creditors’ requirements.

Two years ago, the Fund started the process of reforming of their own sale system. “We introduced the approach which presupposed maximum openness of information on the assets. The most complicated and the most significant category is the receivables. Obviously, to provide the maximum asset selling price we were in a dire need of a transparent procedure. Thus, we transferred all our auctions to electronic platforms. Unfortunately, there were many complaints about organizers of bidding. So our next step was signing the memorandum with the NBU, MERT and TI Ukraine. As soon as autumn of 2016 we launched our joint project ProZorro.Sale,” said Mr. Yeleiko.

The launch of ProZorro.sale provided an absolutely competitive mechanism, which allowed to increase the volume of sales. “The revenue of banks for sales of assets exceeded those of last year by almost 1.5 times. Dutch auctions show great results. By the end of the year, 90% of bank assets are going to be using ProZorro.Sale auctions. Next year, we are hoping to sell 60% of them,” he said. 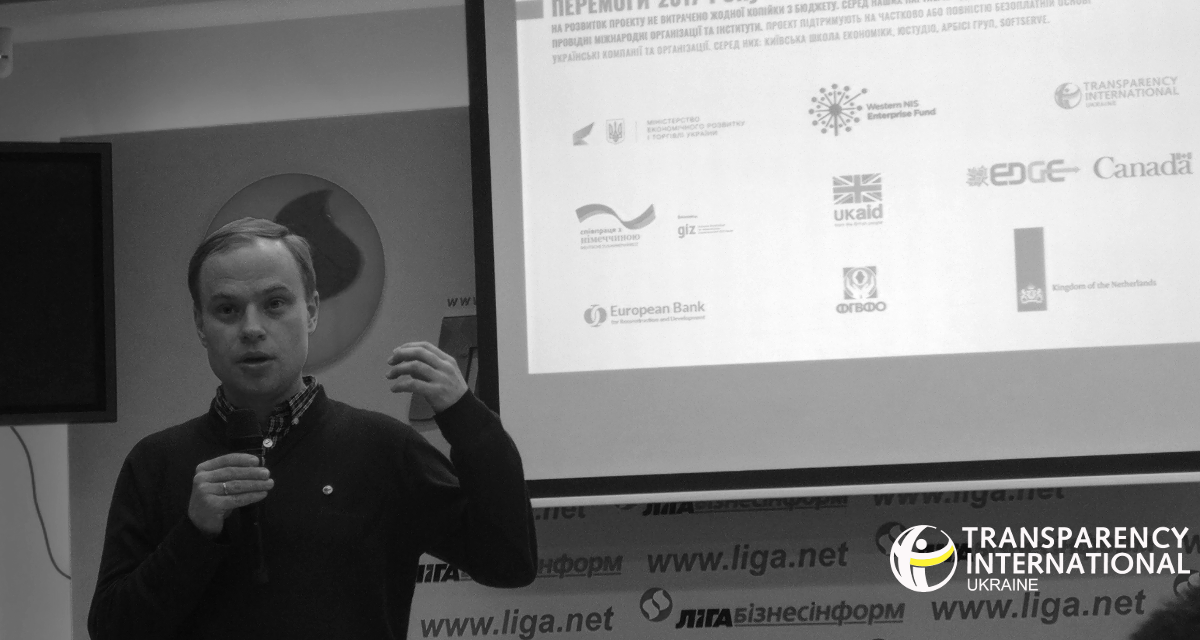 Yaroslav Yurchyshyn, Executive Director of Transparency International Ukraine, said that ProZorro.Sales is a remarkable example of synergy of the authorities, business and the civil society. “When the Ministry of Economic Development approached us asking that we collaborate with DGF, we had our doubts. But now, the Fund’s achievements when it comes to clearing the banking system can serve as an example to other countries across the world,” he said. “We are just at the beginning of our path. The Prime Minister has already announced that he is interested in using the ProZorro.Sale system for small-scale privatization tasks.”

Oleksii Sobolev, manager of the ProZorro.Sale project, provided the following figures: there were 125 thousand auctions total in 2017. The platform sold UAH 4.4 billion worth of bank assets alone. “It was the first time when we sold all of the assets of a bank – it was ERDE Bank. Also, when we understood we needed to speed up DGF’s sales, we developed the Dutch sales model with the Nobel awardee Roger Myerson and Kyiv School of Economics, and it worked just as it had to.”

According to the project manager, state and municipal enterprises still actively join the platform. In 2017, ProZorro.Sale is planing to fully sell assets of dozens of bankrupt banks, start the “small-scale privatization” together with Deposit Guarantee Fund, introduce lots of Ukrzaliznytsia and other big state enterprises as well as connect all regions of Ukraine to the system.

The ProZorro.Sale project does not use budget funds. The project is implemented with the support of Western NIS Enterprise Fund, GiZ, Embassy of the Netherlands and charitable donations of Ukrainian business.