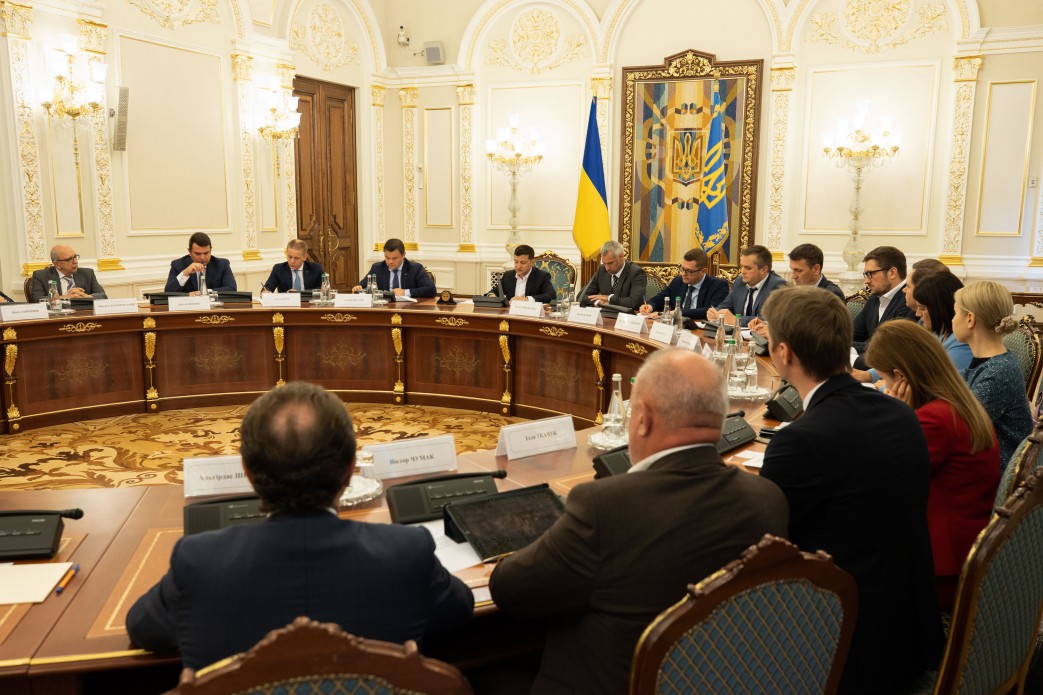 Ruslan Riaboshapka said that the President’s team identified five key anti-corruption priorities that should be implemented by the end of the year. This includes reviewing current anti-corruption legislation to strengthen the NABU, the SAPO, the NACP, and the ARMA; abolishing “Lozovyi’s amendments” which create difficulties with investigative activity; protection of whistleblowers; development and adoption of the new anti-corruption strategy and implementation of Ukraine’s international commitments.

Executive Director of TI Ukraine Andrii Borovyk emphasized that the reform of the State Audit Service and control over public procurement should be added to key anti-corruption priorities.

“Transparency does not work without control. That is why we should also pay attention to the Audit Service, which is currently tasked with control over the sphere of public procurement. As of now, there is no order on cooperation between the NABU and the State Audit Service. And this is the agency that should technically be the first to react to procurement violations and send this information to law enforcement agencies. Yet, these materials often end up just dying there,” he said.

Heads of agencies shared some interesting information. For instance, Artem Sytnyk pointed out that interaction of the NABU and the SBU has changed. The SBU started sending information concerning high-ranking officials to the Bureau, while that’s not how it worked before. Besides, Bureau detectives have developed new potential cases concerning about thirty individuals in cooperation with SAPO prosecutors, which are now being discussed at an accelerated rate.

Head of the SAPO Nazar Kholodnytskyi also spoke about the developments of the recent months and complained about a Lviv judge who cannot find the time to read case files for their subsequent transfer to court. In addition to that, he reminded about the draft law that has been in the parliament without review for a year and a half, which would increase the number of prosecutors times two, to a total of seventy people.

Deputy Head of the Anti-Corruption Court Yevhen Kruk spoke about the HACC coming into operation. Among other things, he mentioned that the problem with premises for the first instance court has been partially resolved. The judge also pointed out cooperation with Transparency International Ukraine on procurement issues.

“A public tender for equipment has been announced. The procedures have the maximum duration of 2.5 months, since the amounts are very big, and according to the anti-corruption legislation and public procurement, the procedure takes a long time. Tenders are organized with advisory support of Transparency International,” he said.

Transparency does not work without control. That is why we should also pay attention to the Audit Service, which is currently tasked with control over the sphere of public procurement.