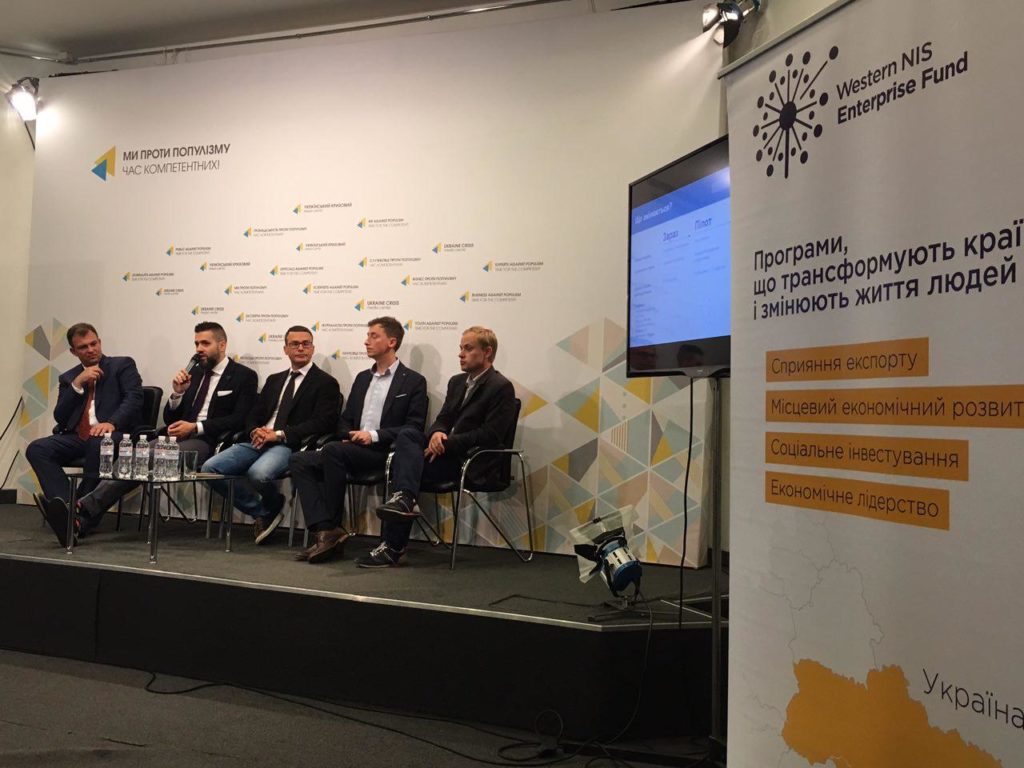 State-Owned Enterprises Got the Go-Ahead to Work with ProZorro.Sale

On Wednesday, September 6, the Cabinet of Ministers of Ukraine adopted the regulation “On Implementation of the Pilot Project for Organization of Digital Tenders (Auctions) with the Use of Digital Trading System ProZorro.Sale.” The resolution gives a green light to state-owned enterprises, establishments and organizations to voluntarily join ProZorro.Sale, said Deputy Minister of Economic Development and Trade of Ukraine Maksym Nefiodov at the briefing.

He explained that the official approval of the “pilot” is a new stage in the reform of the system of sales of state assets. “ProZorro started with public procurement, then we moved on to sales of assets of bankrupt banks, and now we are getting to the sale of assets and state-owned enterprises’ right to rent,” he said. “In addition, we are working in the same vein as we did with procurement. At first, there is a pilot project, engaging the participants on a voluntary basis, perfecting the procedures. And later, there will be legislative approval. My advice to all state-owned and municipal enterprises: do not wait, seize the opportunity to test all the benefits of the system. In our turn, we made the affiliation process as easy as possible.”

As of now, a few big state-owned enterprises as well as some local authorities have already joined ProZorro.Sale, according to project director Oleksiy Sobolev. Just the day before, the declaration of affiliation was signed by Khmelnytskyi city council. With the regulation on the implementation of the Pilot project ProZorro.Sale accepted, many more state-owned enterprises will be able to join the system. “We see a great interest of state enterprises in efficient and transparent asset sale. But the approval of the regulation on the pilot project will render decision-making significantly easier and provide official grounds for affiliation. We will be able to engage new suppliers faster,” he emphasized.

“From the very beginning, we decided that we wanted to be among the first users of the system,” told acting director of DP NEK Ukrenergo Vsevolod Kovalchuk. “It is a conscious choice, because we have a clear understanding that the only way of effective cooperation is the market approach: equal and fair rules of the game, laissez-faire. All of this we have obtained through ProZorro.Sale. As the result, we are now the leader in the volume of sales in the system.”

In his turn, Yaroslav Yurchyshyn, executive director of Transparency International Ukraine, remarked that the lack of regulatory framework for connection with the ProZorro.Sale system restricted state-owned enterprises’ ability to start selling more transparently. Of course, those interested in maintaining their status quo would constantly look for excuses not to use the new system. “As of today, state enterprises have realized assets in the amount of about UAH 50 million through ProZorro.Sale. The competition at the auction is over 3.5 participants per tender. This competition indicates a high level of trust that potential buyers of state assets put in the system. However, this volume of sales is truly insignificant in comparison with the potential sales of state-owned enterprises. The problem we faced while developing this project was that despite the system’s good results, state-owned enterprises did not have legal basis to use ProZorro.Sale. With the official approval of the “pilot,” corrupt officials and those who were unsure about the possibility to use the system will not find that many excuses to avoid the inevitable change,” he believes.

Leonid Antonienko, a member of Kyiv city council, the chairman of the property committee,  explained why the local authorities of the capital have to join ProZorro.Sale. “Last year, Kyiv sold UAH 100 million worth of assets. With transparent procedures, the amount received could have been twice or three times as big. That is why representatives of all factions in Kyiv city council have already supported the transition to ProZorro.Sale, and next month, the project will already be put to the vote. Unfortunately, the City Hall does not support this decision yet. This situation leads to corruption and reduces the earnings of the city budget. We hope that information about the benefits of the transparent system will convince Kyiv City Hall to take this extremely important step,” he said.

As it was with public procurement, ProZorro.Sale pilot project is implemented with the support of Western NIS Enterprise Fund. “We are very pleased with ProZorro’s evolution from procurement to sales,” said Jaroslawa Johnson, WNISEF President and CEO. “The project has already demonstrated really good results: the overall scope of sold assets has reached UAH 2.7 billion. We are convinced that with the active support from the government, the affiliation with the system will be even faster.”