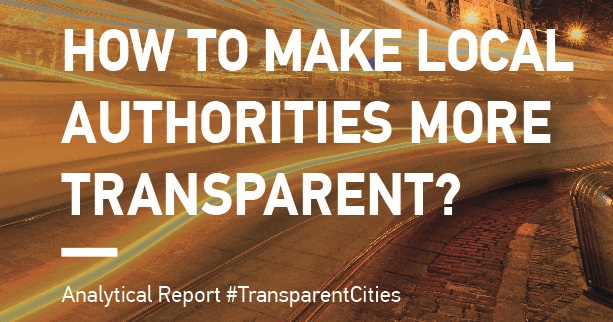 Step by Step Transparency: TI Ukraine Presents Recommendations for City Councils, the Government and the Parliament

The Ukrainian chapter of the Transparency International prepared an analytical report “How to Make Local Authorities More Transparent?”. It contains a number of specific recommendations for the municipal councils, the Verkhovna Rada and the Cabinet of Ministers of Ukraine on increasing accountability of regional authorities of the Ukrainian cities. The author and editor of this report is the Institute of Political Education expert Oleksandr Solontay, and the expert group consisted of the leading experts in the field of fighting corruption on the regional level.

TI Ukraine in cooperation with the Institute of Political Education created a Transparency Rating of 100 Largest Cities in Ukraine.  They followed the Slovak example, where they have been doing a similar ranking for 6 years now. During this time, the transparency rating of Slovak cities increased from 41% to 51%. Corruption Perception Index in Slovakia increased from 41 to 51 points during this time. After all, increasing transparency indirectly influences the decrease in corruption in a given country.

The next step after the rating presentation was active work with the regional problems. The presentation of the report is an important part of this work. Because now the government, public activists and regular citizens have received clear instructions of what exactly needs to be done in order to increase transparency in each of the 13 areas.

For instance, in the area of information on the work of municipal authorities the experts advised the Verkhovna Rada to make the disclosure of the executive committees meetings and prompt announcement of the authorities’ agendas mandatory.

In the area of public participation, the experts assert, that authorities do not see regular citizens as full participants of decision-making. The experts recommend the Cabinet of Ministers to change the Decree, which regulates the disclosure of the session’s agendas and draft decisions.

As for the area of public procurement, they recommend the MPs to lower the thresholds of the required competitive procedures and to identify the authority of the audit service clearly.

In the housing policy area, the analysts argue that it is necessary to conduct the full and detailed inventory followed by the disclosure of the information on the availability of community residential spaces.

The weakness of the budgeting and public contracts area lies in the municipal committees’ formalism when it comes to disclosure of budgeting information. In many cities, visualization of the financial data is completely absent. That causes the impression that even though the information on budgeting is present ‘de-jure’, it is ‘de-facto’ inaccessible.

In grants and funding area, the following problem exists: authorities do not always have information on particular beneficiaries of financial assistance and funds from municipal budgets available.

In the area of human resources, there is a problem with disclosing the selection procedures. Moreover, municipal councils often lack a clear conflict of interest policy.

There are systematic problems in the land use and construction policy area. You can find detailed information on this issue in the report.

The report was developed as a part of the project “Building Transparent Cities in Ukraine”, supported by the UN Democracy Foundation (UNDEF). 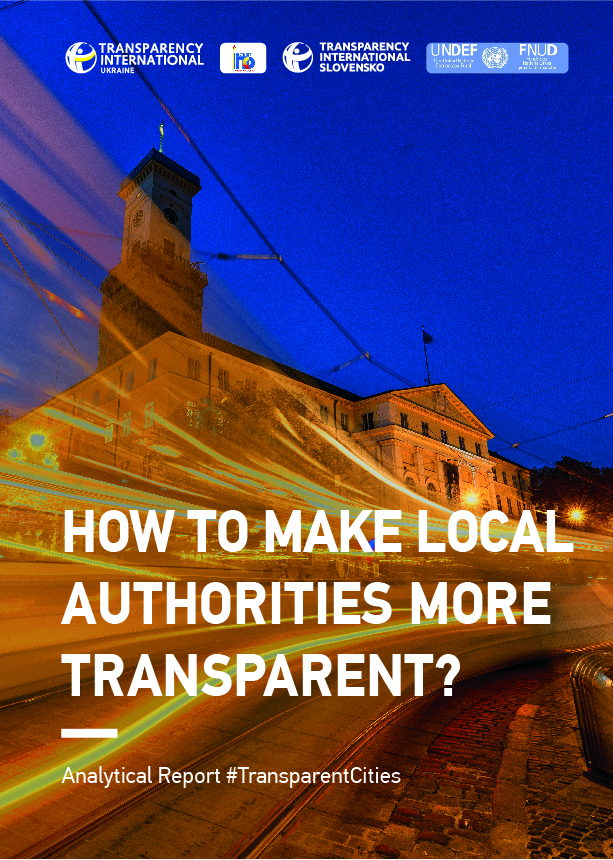