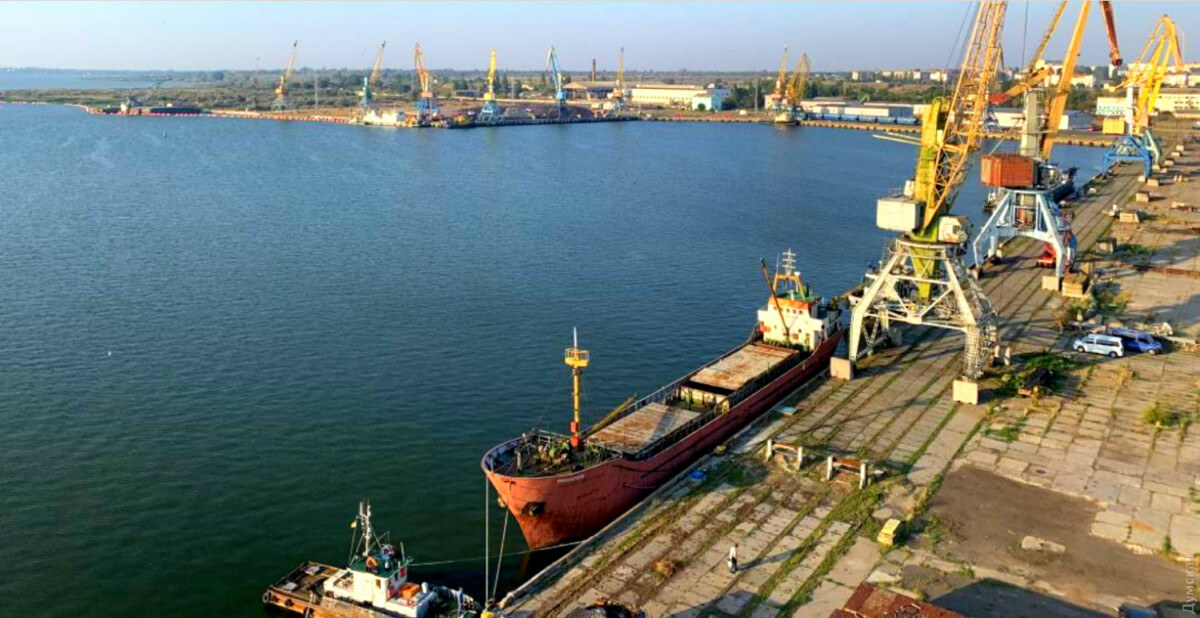 UPD. Ust-Dunaisk Port sold for UAH 201 million. Vinnytsia company “Elixir Ukraine,” engaged in the sale of mineral fertilizers since 2016, won the auction for the sale of the port. The beneficial owner is Vikhrenko Valerii, the owner of the company “Vimeksim,” which exports grain to Europe, Africa, the Middle East, and Asia.

The State Property Fund put up the commercial seaport for privatization for the first time.

On January 17, a unique event in the field of privatization of public property will take place. For the first time in the history of domestic privatization, the seaport “Ust-Dunaisk” is put up for sale.

What do we know about the object?

Ust-Dunaisk Port was established in 1978 in the Danube Delta to serve the lighter transportation system. Due to the successful location at the junction of sea and river routes in the 80s, the port became the base for the transshipment of large-tonnage cargoes and the only deep-water port on the Danube. In 1989, the volume of cargo transshipment increased to 3.7 million tons per year.

With the beginning of the full-scale invasion, the port was blocked because it is too close to Snake Island, but it was one of the first to resume work — on April 1. Since then, export and import cargoes have been processed at Ust-Dunaisk, thanks to which for 9 months of 2022, the SE received a minimum net profit of UAH 848,000.

The company also has 15 vessels, 4 floating berths, and 6 vehicles.

Interestingly, the decision to privatize the port was made at the end of 2019. Then, the Ministry of Infrastructure, whose sphere of management included SE, abandoned the idea of transferring the object to a concession due to the unprofitability of the enterprise.

For a long time, Ust-Dunaisk was preparing for sale and only in June 2021 was it included in the list of privatization objects. The State Property Fund then reported its readiness to hold an auction in October 2021, but due to the overload of lawsuits and seizure of property, the preparation of the object for the auction was delayed.  The amendments to the legislation adopted in July 2022, which allowed the privatization of encumbered property, helped solve this problem.

The starting price of the object was determined at UAH 60 million. At the same time, the buyer of the single property complex of the Ust-Dunaisk port will be obliged to repay the debts of the enterprise from wages and to the budget within six months, as well as prevent the dismissal of employees of the enterprise.

Obviously, the results of the first privatization of the seaport in Ukraine will be illustrative. First of all, on their basis, it will be possible to assess the prospects for the sale of such objects in the future because before that, Ukrainian ports or their parts were transferred exclusively to a concession or lease, that is, remained in state ownership.

But for the proper functioning of ports, significant investments are needed, which the state is currently unable to provide. Therefore, the transition to an effective private owner will help raise funds to modernize and launch regional ports at full capacity, which is particularly important in the context of the implementation of the so-called “grain deal.” Accordingly, revenues to the national budget will also increase.

At the same time, let us note that in the list of objects to be privatized, there are two more sea trade ports — Bilhorod-Dnistrovskyi and Skadovskyi.

Perhaps, they will be able to repeat the success of distilleries, the final cost of which at privatization auctions in 2022 doubled on average. This enabled the state to earn UAH 556 million for the sale of six plants. Secondly, the SPFU reported on the interest of European companies to participate in this auction. Therefore, the first sale of the seaport will make it possible to identify the level of interest of foreign investors in privatization facilities in Ukraine now, in the context of the war, and will make it possible to predict how much such interest may increase further in the course of Ukraine’s European integration.

This publication was prepared within the framework of the program on institutional development of the organization, which is carried out with the financial support of Sweden.
Opinions, conclusions, or recommendations are those of the authors and do not necessarily reflect the views of the Government of Sweden. The authors are solely responsible for the content of the publication.