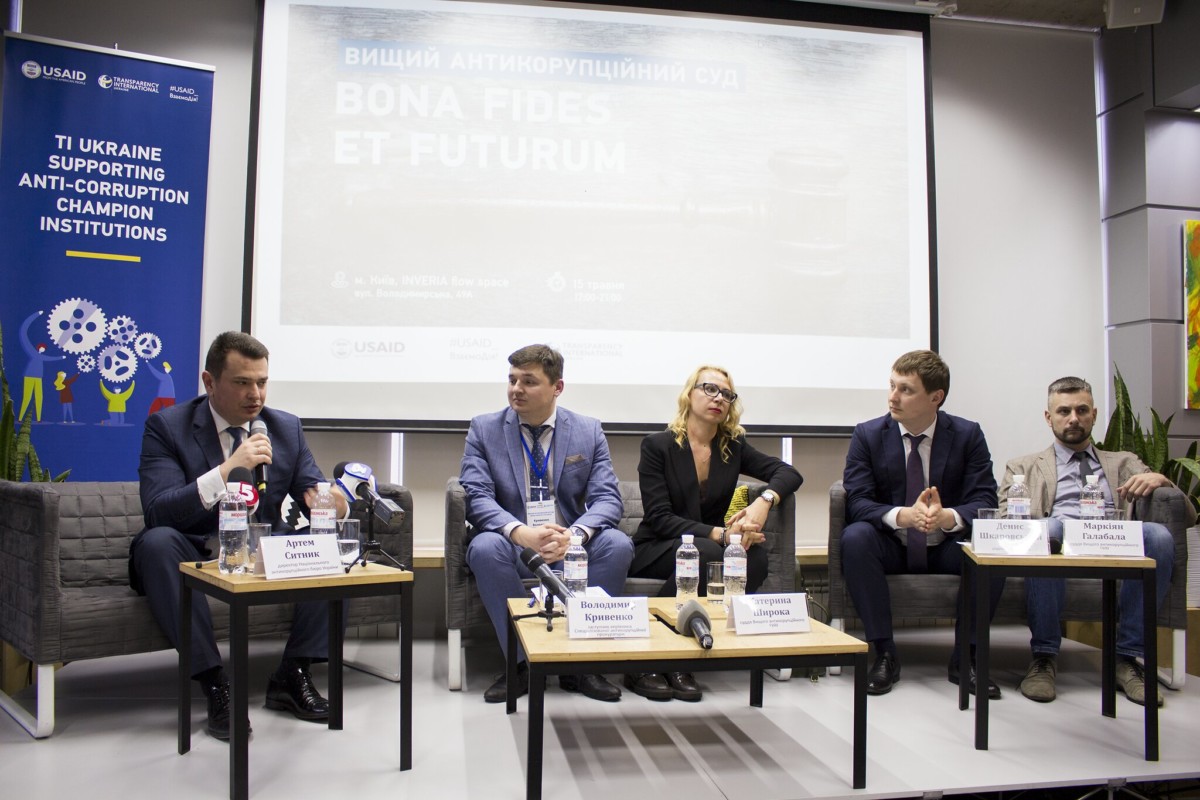 The Future of the High Anti-Corruption Courts: 10 Takeaways from Expert Discussion

On 15 May in Kyiv, Transparency International Ukraine held an expert discussion. It was primarily about the specifics of establishment and operation of the High Anti-Corruption Court, as well as its future. Journalists, lawyers and representatives of the national authorities participated in the event. 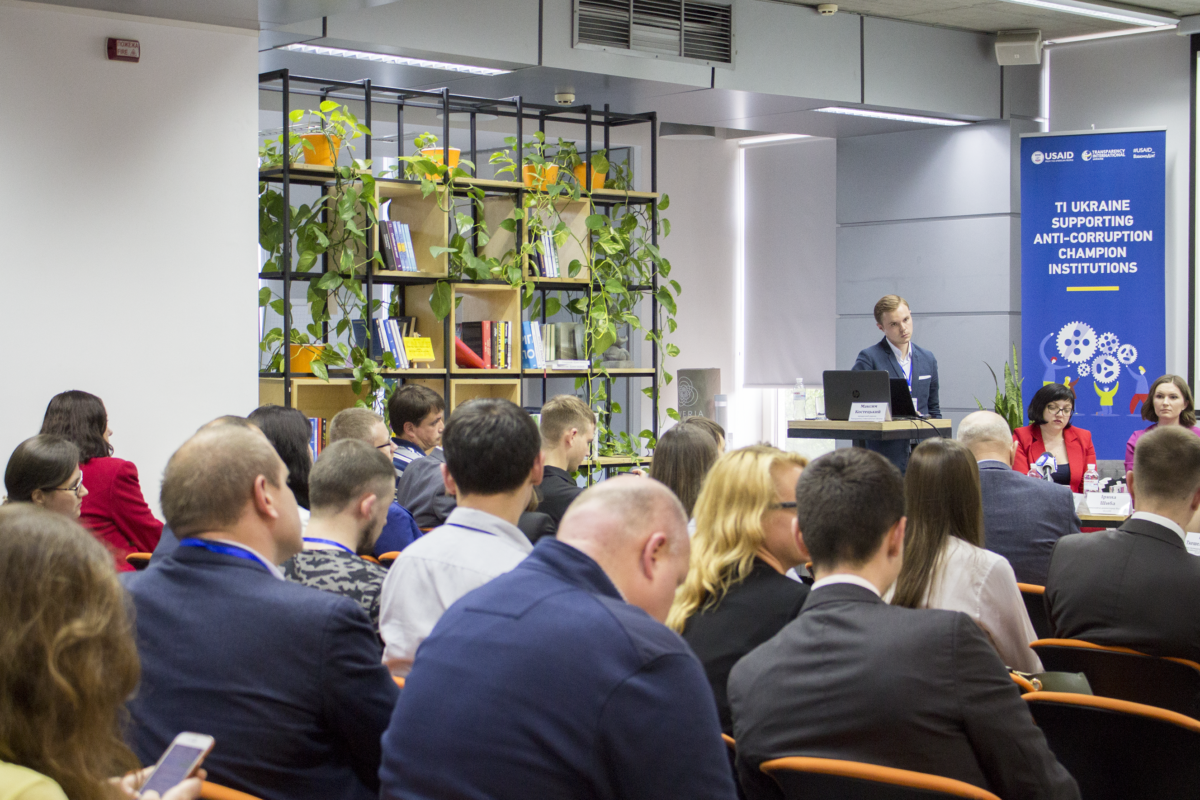 We collected the 10 most important points of this meeting for you.

1. Work on the launch of the HACC is still in progress, even though the judges and the Head have been selected.

“We have meetings with judges almost every day,” said Oleksandr Piskun of USAID. “The system is still resisting, and almost nothing is ready. That is why we need the public to support implementation of this law.  It is the High Anti-Corruption Court that can restore credibility of the judiciary as a whole.”

2. The competition for HACC judges was very transparent, as recognized both in Ukraine and worldwide. Representatives of the Public Council of International Experts (PCIE) praised the work of the High Qualification Commission of Judges (HQCJ), and the results of this selection should not be disputed despite the recent ruling of Kyiv Administrative Court claiming that Head of the HQCJ Serhii Koziakov and his deputy Stanislav Shchotka do not have appropriate authority.

“Now, a powerful counter move is happening – an attempt to dispute the legitimacy of judge selection,” said Serhii Koziakov at the event. “But we continue to defend these results, even in the courtroom.” 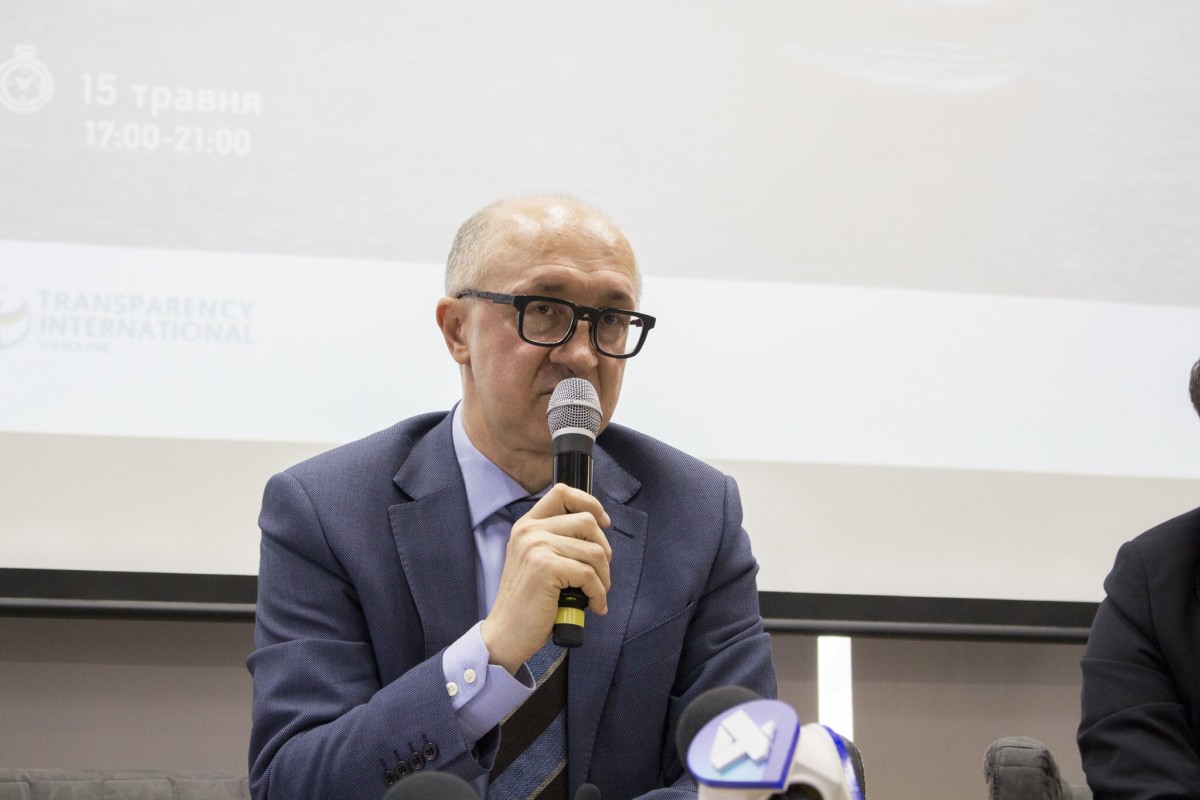 3.  Competition for, and launch of, the HACC were accompanied by coordinated support of international organizations and donors. Head of EUACI Eka Tkeshelashvili called this coordination and complementary work unprecedented.

“I participated in similar processes in my own country and others, and I often saw how uncoordinated the work of international partners was. Sometimes, it was detrimental to the effect of the provided assistance,” said Eka Tkeshelashvili. “Here, however, there was such a harmonized cooperation that its results were eventually used by Ukraine in the most effective way.” 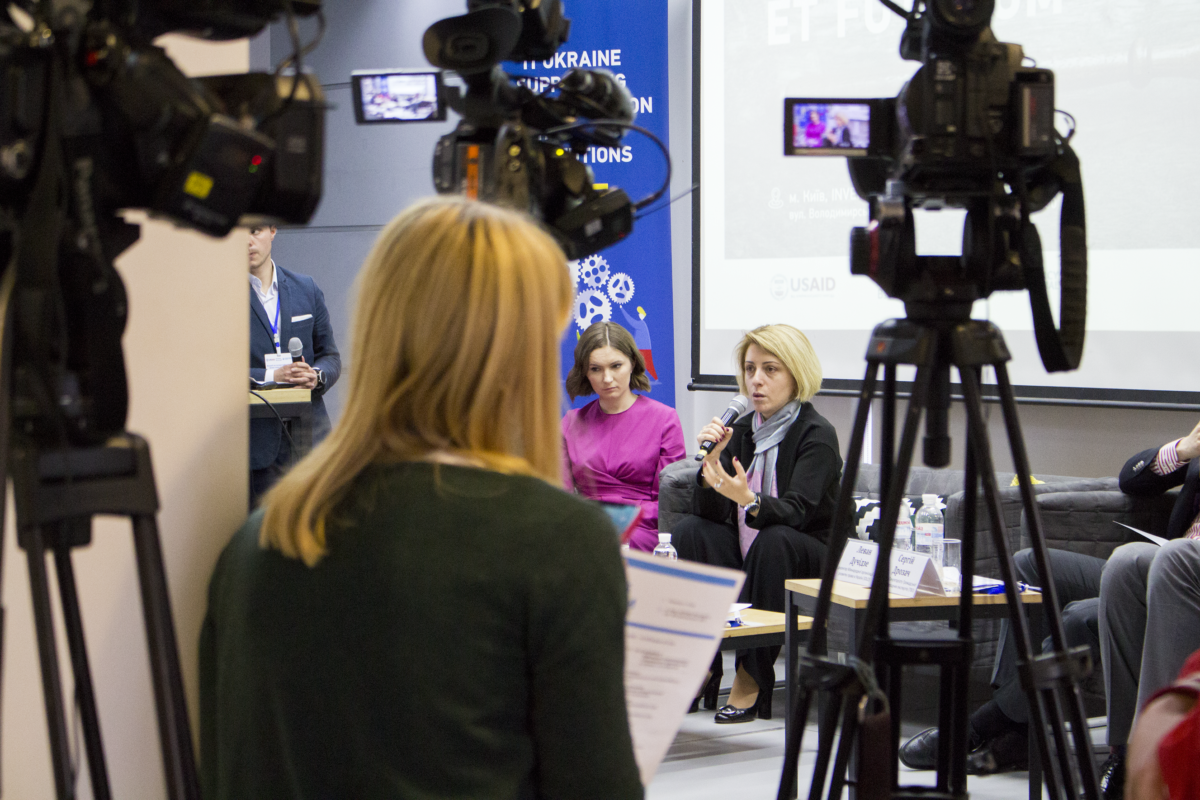 4. The first stage of HACC launch can already be considered successful. The fact that the Ukrainian and the international community were as engaged in the design and establishment of the new judicial institution as possible affected its transparency and potential credibility.

“I think the mechanism of this cooperation can be used further when other institutions are launched or reformed,” said IDLO director in Ukraine Levan Duchidze.

5. Selection of judges was meticulous and reasonable. Representatives of civil society organizations engaged in competition oversight have almost no doubts about its results. For instance, executive director of DEJURE Foundation Iryna Shyba is quite optimistic.

“Of course, we can come to an actual conclusion when judges start working and issuing verdicts. But for me, the highest praise is that certain corruption-related cases are already being processed in courts at lightning speed. It shows that not only the civil society, but also potential convicts believe in the court’s independence.

6. The biggest challenge for the HACC is to make sure that judges issuing verdicts in high-profile cases wouldn’t suffer negative consequences.

“We have seen numerous situations when judges making lawful decisions in cases investigated by the SAPO and the NABU later received reprimands,” said director of the NABU Artem Sytnyk. “They were actually under constant pressure for decisions that were later recognized as lawful in the Appeal Court.” 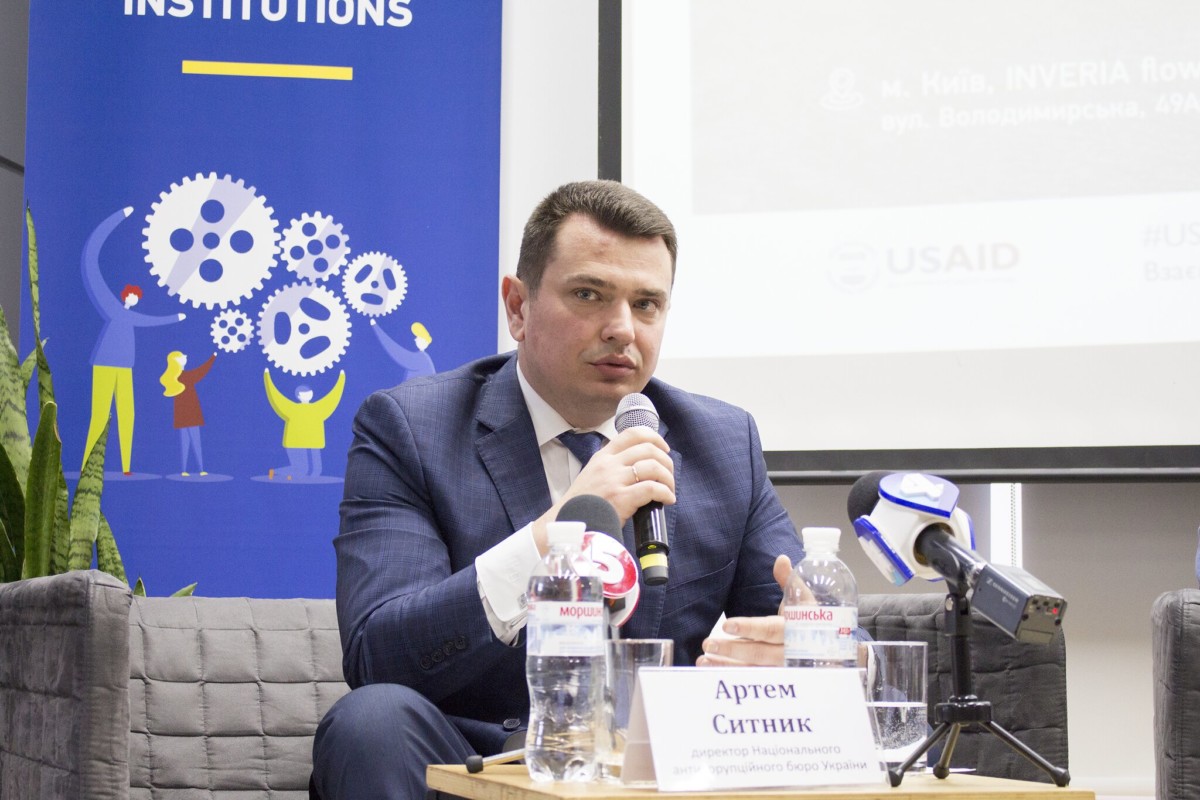 7. The Anti-Corruption Court should work on complicated and controversial cases in a reasonable, objective way.

“We do not consider the High Anti-Corruption Court “our” court,” said deputy head of the SAPO Volodymyr Kryvenko. “We hope they will be our partners, who will be ready to listen to both the prosecution and the defense.”

8. The HACC may have to review not only cases of hte SAPO, but also those of the State Investigation Bureau.

“It will have a significant impact on the judges’ work not only because of the extra workload, but also because of the logistics,” said HACC judge Markiian Halabala. “If NABU cases are mostly processed in Kyiv, the SIB, while primarily based in the capital, has offices across the entire country.”

9. The Ukrainian Bar Association has high expectations for the HACC, especially when it comes to equality of prosecution and defense.

“When there are both guilty verdicts and aquittals, this will show the real effectiveness of the newly created institution,” said attorney and advisor with VB Partners Denys Shkarovskyi. “The HACC is not that magic pill that can imprison or free all corrupt officials. I hope this court will make fair, lawful and reasonable decisions that neither party will question.”

10. All 38 judges who have proven their integrity and professionalism already want to prove their worth, but they also have some expectations for the civil society.

“We really need the public to support us,” said HACC judge Kateryna Shyroka at the end of the event. “When we had training, Slovakian anti-corruption judges told us that, in certain cases, the society was basically guarding them. So first of all, we need Ukrainians’ support.” 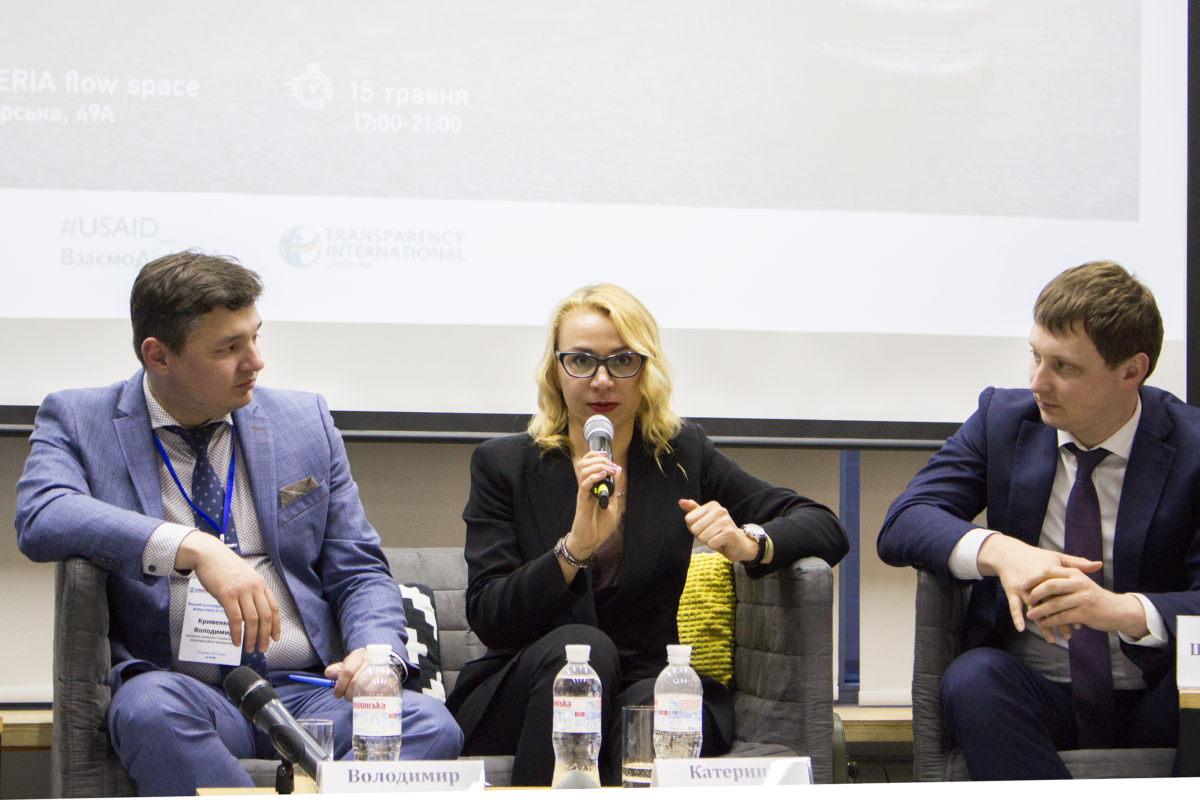 Summing up the event, legal advisor Maksym Kostetskyi pointed out: “We are not creating an anti-corruption court martial – we are creating an entirely independent agency that will administer fair justice. It means that it will act as an arbitrator between the prosecution and defense, not as an institution designed for punishment.”

Expert discussion The Future of the Anti-Corruption Court in Ukraine was made possible by the support of the America people through the United States Agency for International Development (USAID). Ideas expressed at the event and in the supplementary materials are the sole responsibility of the organizers and do not necessarily reflect the views of USAID or the U.S. Government.

We really need the public to support us. When we had training, Slovakian anti-corruption judges told us that, in certain cases, the society was basically guarding them.