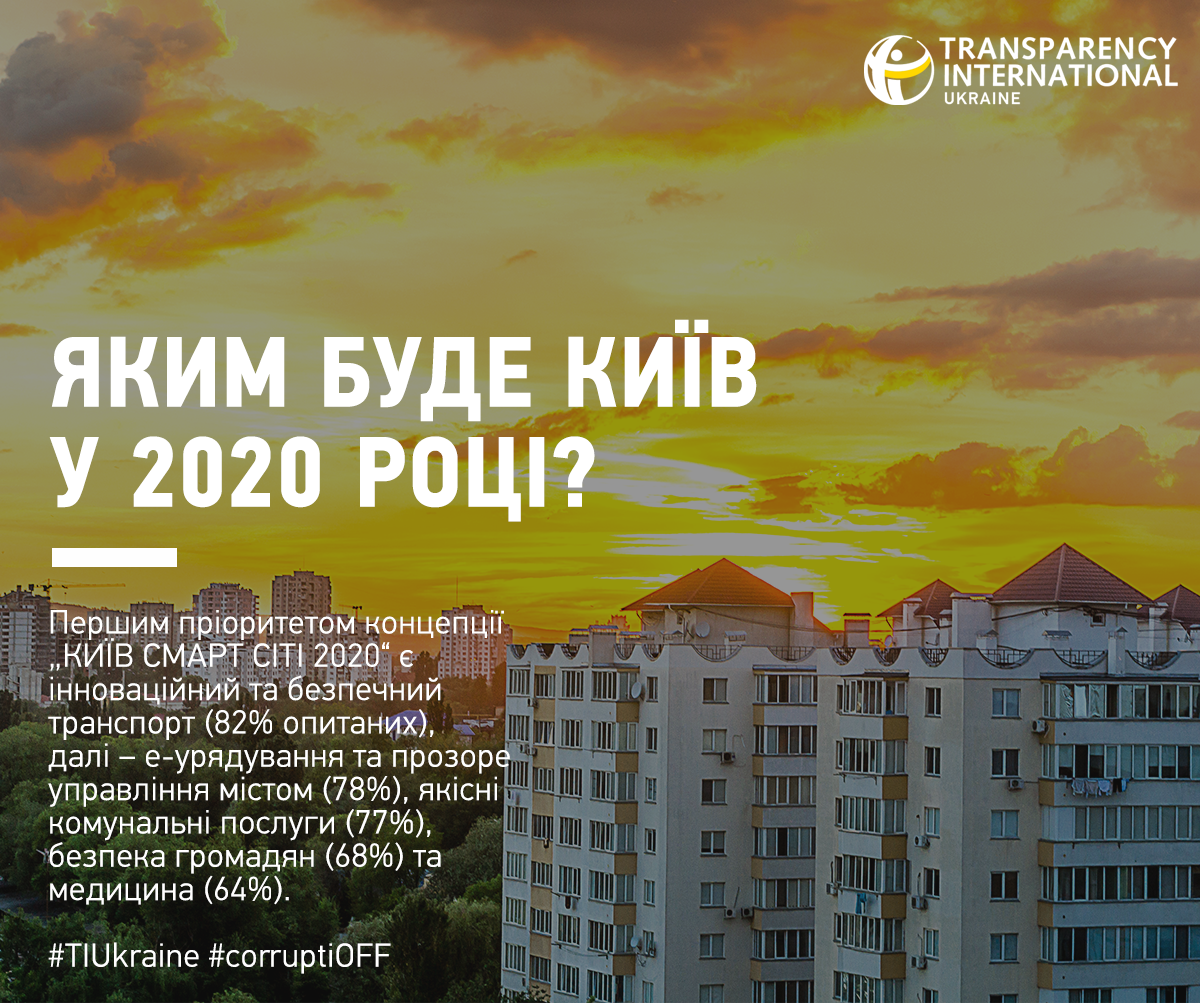 By 2020, innovative technologies for transparent urban management, high-quality communal and housing services as well as rapid response to the Kyiv residents’ needs will be adopted in Kyiv City. Kyiv City State Administration approved the KYIV SMART CITY 2020 concept, defining main directions for infrastructural, technological and social development of the city.
The Ukrainian representative of the global anti-corruption network Transparency International joined the project development of the concept. Kyiv authorities should become more attentive to the needs of city’s residents, strive to make Kyiv more modern and comfortable, get rid of city’s corruption, raise the quality of communal services and develop transport infrastructure. Priorities of the KYIV SMART CITY 2020 concept were set with accordance to the survey of Kiev’s residents. A thousand people participated in the survey – that includes the general public, experts and government officials.

Innovative and safe city transportation turned out to be of the highest priority (82%) for the respondents, followed by e-governance and transparent urban management (78%), high-quality housing and communal services (77%), public safety (68%) and medicine (64%).

The concept of smart city development involves three key levels of change: technological change, urban management change and social change.
By 2020, Kyiv is expected to acquire status of a special investment zone, increase the overall amount of urban mobile applications and approach the European capitals’ indicators of Tallinn and Budapest alike by number of realized startups (around 150).
According the rate of top 100 transparent cities of Ukraine composed after the mutual study of TI Ukraine and the Institute of Political Education, Kyiv needs the most transparency in spheres of budgeting and grants: for these areas, the city received less than 2.5 out of 8 possible points.
The drafting of the concept has been completed due to the joined efforts of Transparency International Ukraine, KYIV SMART CITY Strategy Group, international and Ukrainian technology companies, IT-community, NGOs, experts and city authorities.
“Preparation, review and approval processes of the draft concept took us a lot of time. The most important task right now is to make every possible effort for prompt consideration and approval by the Kyiv City Council”, said Olesia Arkhypska, a Transparency International Ukraine Expert in governance, member of the Anticorruption Council at the Head of Kyiv City Council Administration.
Funding of the concept will be carried out as part of the Integrated City Target Program “E-Capital” and the Kyiv Computerization Program for the corresponding budget terms. According to the KCCA, the concept should be considered and approved by the Kyiv City Council in the nearest future.