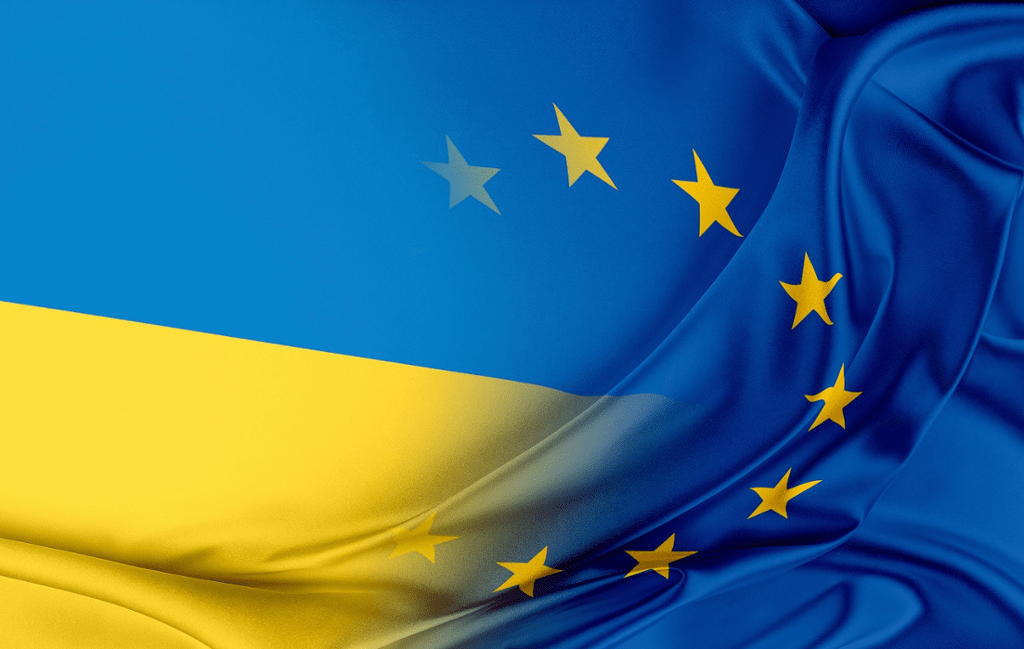 Ukraine is an EU candidate. What does it mean for anti-corruption?

On June 23, all 27 member states of the European Union voted in favor of granting the candidate status to Ukraine. The road to the EU has been long and will continue.

In 2014, Ukraine signed the Association Agreement with the EU, which came into force in 2017 — visa-free travel was introduced alongside a free trade zone; we slowly implemented reforms, and in 2019, the Constitution of Ukraine officially set the course for European and Euro-Atlantic integration. .

Ukraine’s steadfastness in defending national interests and democratic values during the full-scale war has shown that we are truly ready to become a member of the EU family. Such a relentless defense of the vector of our development (yes to Europe, no to Russia) has shown who we truly are to the civilized world and accelerated many processes in our country.

Four days after the start of the Russian invasion, we applied to join the EU. In April, the first part of the questionnaire for candidate status was handed in, and in May, the second one. The accelerated procedure gave us a head start in this process, and today, our country is already a candidate to join the European Union.

What does this mean for the country in general and the anti-corruption sphere specifically? Let’s figure it out.

Obtaining the status of an EU candidate is legal formalization of Ukraine’s European integration. We are not yet members of the EU, but we are moving there with confidence. And Europe has recognized that. In the context of the full-scale war, this is a clear signal to Putin that Ukraine refuses to submit to Russian influence.

“The European Union has approved Ukraine’s civilized choice. We are expected in a European family, but the accession process can take a long time. Most Balkan countries have been negotiating for years. The full-scale war can also affect the timing of negotiations.

In order for Ukraine to get closer to membership, we have to meet European standards and principles in practice. We need to implement reforms and change the country now, at least on the legislative level. We must live in a country where democracy and the rule of law prevail. Of course, an effective anti-corruption system is also necessary.

On the eve of the summit in Brussels, the Ukrainian parliament adopted the Anti-Corruption Strategy for 2021-2025. This is a positive decision, but many problems in the work of anti-corruption bodies remain unresolved. So, it’s too early to stay calm,” said Andrii Borovyk, Executive Director of TI Ukraine.

In order to become a full member of the EU, Ukraine still needs to do the following:

After candidacy is granted, official negotiations on membership in the EU usually follow. But an exception has been made for Ukraine — the European Commission has put forward 7 requirements that our country must meet in order not to lose the candidate status. These include anti-corruption commitments:

Unfortunately, it is not just the SAPO and the NABU that are in dire need of new leaders. The Asset Recovery and Management Agency has not had a leader for over 2 years. The Chair of the High Anti-Corruption Court has also completed her term of office.

For several years now, TI Ukraine has been recommending the completion of the SAPO competition, the reform of constitutional justice and the judiciary within the rating of the Corruption Perceptions Index. We hope that now, the authorities will listen to the advice and finally make the necessary changes.

“Electing the leadership of anti-corruption bodies is just the tip of the iceberg. The NABU, the SAPO, the NACP, the ARMA and the HACC must have the institutional capacity to operate effectively.

The SAPO needs greater autonomy and expanded leadership powers. For example, after changes to the institution of parliamentary immunity, all key decisions in criminal proceedings are made by the Prosecutor General, not by the chair or acting chair of the SAPO.

The NABU should be able to independently wiretap those involved in proceedings and have access to quality and impartial forensic examination.

Adequate justice is still hampered by procedural problems, such as the timing of pre-trial investigations prior to notification of suspicion, the review of NACP protocols, and the violation of NABU / SAPO / HACC jurisdiction.

Resolving these and other problems will require making change to the legislation to ensure maximum independence of institutions from external influences,” said Kateryna Ryzhenko, Deputy Executive Director of TI Ukraine for Legal Affairs.

The decision of the European Commission does not specify the mandatory start of negotiations after Ukraine fulfills the 7 requirements. That is, if our country fulfills them, it may be able to move forward to negotiations, but it is not guaranteed. In theory, other conditions for Ukraine’s accession may be put forward.

In addition, the European Commission has not set a clear deadline for Ukraine, but it said reporting on the 7 requirements would be required by the end of 2022. Deputy Prime Minister for European and Euro-Atlantic Integration Olga Stefanishyna believes that Ukraine can meet this deadline.

If Ukraine manages to meet all the requirements and get the consent of each EU member state, we will move on to the next stage of European integration -— checking the sections of EU policies to determine how prepared Ukraine is for membership. By the way, thanks to the implementation of the Association Agreement between Ukraine and the EU, we have already approached European standards in many areas. And only after a positive conclusion will the negotiations begin.

The speed of negotiations and further accession to the EU will depend on the speed of reforms and harmonization of Ukrainian legislation with EU legislation. Turkey, for one, applied for membership in 1987, received candidacy in 1999, and only began accession negotiations only in 2005.

Today, millions of doors open before us: some hold opportunities, others commitments, yet others — challenges. And we will successfully go through all stages if there is a firm political will.

The speed of negotiations and further accession to the EU will depend on the speed of reforms and harmonization of Ukrainian legislation with EU legislation.