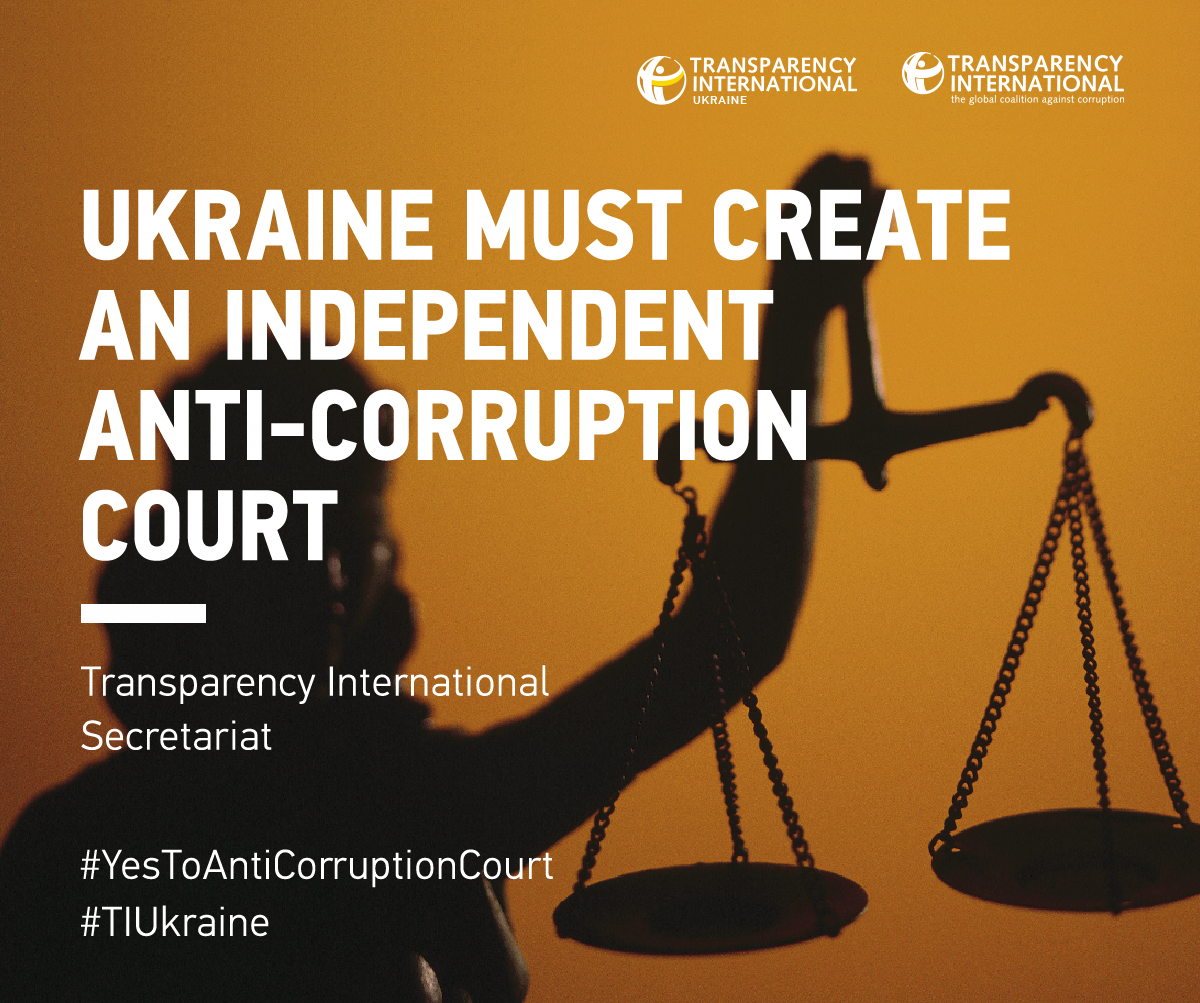 Transparency International calls on the Ukrainian authorities to create an independent anti-corruption court as part of Ukraine’s legal obligations and its commitments to the EU and the International Monetary Fund. Only this will strengthen the country’s efforts to fight corruption.

A statement on the necessity to create an anti-corruption court was published on the website of Transparency International Secretariat today. “Ukraine’s President Poroshenko has stated that an anti-corruption chamber should be created within the current court system. But this will not deal with the current backlog of cases nor win the trust of Ukrainians,” says the statement.

“Ukraine should adopt an independent anti-corruption court to ensure that nepotism and cronyism play no part in how justice is delivered in Ukraine. President Poroshenko understands the urgency of the situation but his proposal of a chamber within the current system will not work. People do not trust the judiciary to hold the powerful to account because the courts have shied away from this in the past,” said José Ugaz, Chair of Transparency International.

To date, the current courts have not even started hearings for 26 of the 86 cases for which detectives of the National Anti-Corruption Bureau of Ukraine have completed pre-trial investigations. Even in these cases, expectations are not high. Unlike many European countries, Ukraine does not have a judicial system with a reputation for independent and fair justice based on the rule of law.

“There is no reasonable alternative to the anti-corruption court. With proper political will from the President and Parliament in place, the court can be established within a reasonable time. Political will is the key ingredient and that is what we are missing now,” said Yaroslav Yurchyshyn, Executive Director of Transparency International Ukraine.

Transparency International is calling for the creation of an independent court in order to establish a strong judicial pillar that cannot be undermined by special interests. For this to happen, judges in the court must be elected through open competition, with international partners taking a role in the selection process.

A strong judiciary must also be properly resourced and protected. All anti-corruption judges must be provided with adequate remuneration and a sufficient level of security for themselves and their family members.