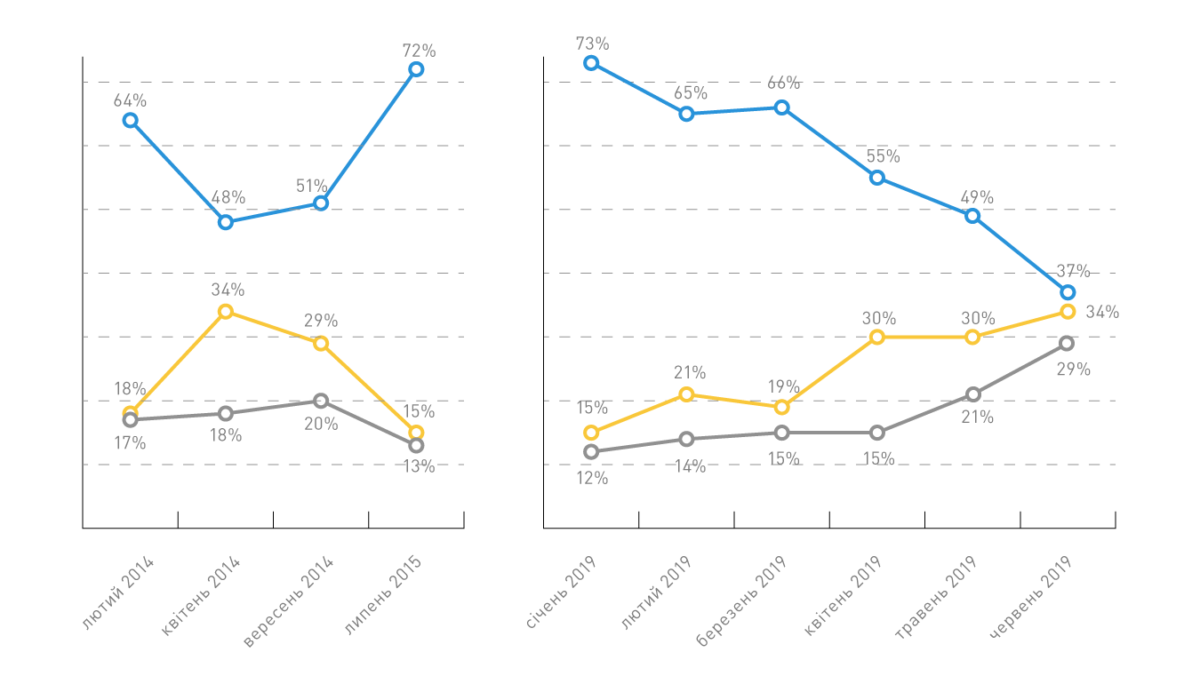 Ukrainians Value Ability to Implement Change the Most

Between 29 May and 3 June, Rating Sociological Group held a monitoring study of social and political attitudes among Ukrainians. What do they want from the Parliament?’

The most important things that Ukrainians pointed out are the ability to implement change (47%) and the ability to get the country in order (30%). Among the top requirements was also the party’s ability to counter corruption – this point was important for 19% of the respondents.

The fight against corruption is viewed as an integral part of the entire process of systemic irreversible change.

Evidently, this social demand for changes and new faces is a somewhat simplified umbrella hope covering the expectation of improvement in all aspects of life. Some Ukrainians prioritize getting richer, others care primarily about access to education or healthcare, others are interested in social services or proper functioning of the market. There is also a demand for all this change to be fast and radical.

Ukrainians Want Improvements and Believe in Them

Overall, the number of people convinced that Ukraine is moving in the right direction is falling. As recently as March 2019, this group constituted 66%, while now the share has dropped almost by half – to 37%. The shares of people who believe the country is moving in the right direction and those who find it difficult to answer the question are about the same – 34% and 29% respectively. This means that we are in the midst of a situation where the society is divided into three equally big groups: pessimistic, optimistic and undecided. The situation is unique and can be observed for the first time in the 8 years since the monitoring started.

Another important thing is that this distribution is characteristic of all the regions of Ukraine. The lowest share of optimistic people is in the East – 28%, with 43% of citizens in this region believing that our country is going in the wrong direction.

It is typical of Ukraine and of other countries as well that following elections there is a boost of optimism, expectations and hopes. We already observed this same trend in 2014 after the Revolution of Dignity, with a sharp rise in optimism following immediately afterwards only to drop rapidly just half a year later. So it is very probable that the current positive attitudes will inevitably lead to disappointments in the future. The question is only about the extent of these fluctuations, and the maximum and minimum points. 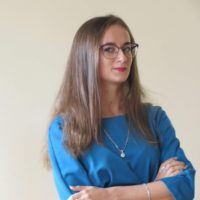 The fight against corruption is viewed as an integral part of the entire process of systemic irreversible change.