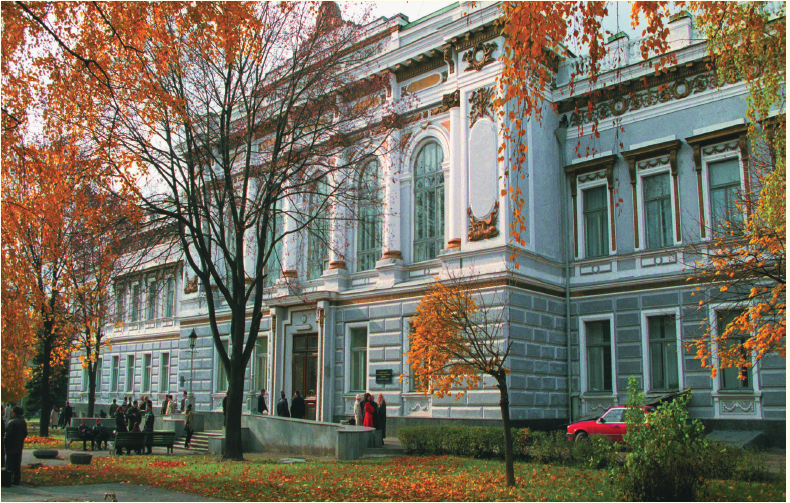 WE URGE EDUCATIONAL INSTITUTIONS TO NOMINATE OTHER CANDIDATES FOR THE HCJ

On Thursday, 14 March, representatives of law universities are planning to elect two new HCJ members based on their quotas. There is not a single honest, independent candidate on the list.

On Thursday, 14 March, representatives of law universities are planning to select two new members of the High Council of Justice (HCJ). As of now, this is the last chance to get new members to the HCJ, which is responsible for the judicial system.

Judges, prosecutors and attorneys have already made their decision and nominated questionable candidates for the HCJ.

Candidates from the scholarly community should become “change agents” in the High Council of Justice.

Currently, there is not a single candidate out of the 11 nominees whose integrity, independence and readiness to fight for honest judiciary would be unquestionable.

With regards to that, we urge representatives of law universities to refuse to select HCJ members at the meeting on 14 March and to nominate new candidates to the HCJ.

Representatives of law universities have the last chance for the next five years to nominate change-makers to the HCJ.

Even two independent, motivated HCJ members can give the society hope that this agency will start performing its functions and cleansing the Ukrainian judicial system of unscrupulous judges.

“Representatives of law universities have the last chance for the next five years to nominate change-makers to the HCJ. Currently, there is not a single candidate out of the 11 nominees whose integrity, independence and readiness to fight for honest judiciary would be unquestionable,” says the statement.

The candidates considered most likely to win are current HQCJ members Serhii Prylypko and Andrii Vasylenko. They have already “succeeded” in helping Maidan judges to obtain new positions in the judiciary.

As part of the HQCJ panel, Prylypko and Vasylenko helped Tetiana Sapaliova, who ruled to prohibit Maidan in Chernivtsi, to keep her position.

Serhii Prylybko corroborated the integrity of one of the most famous Maidan judges – Vladyslav Deviatko, who made arbitrary decisions against four Automaidan participants.

Andrii Vasylenko voted to allow judge Liudmyla Kiziun, who arrested a Revolution of Dignity participant, to take part in the Supreme Court competition.

These candidates also had certain “achievements” when the competition to the Supreme Court was taking place.

Andrii Vasylenko was reporting on judge Olha Stupak, who is being investigated by the NABU in the context of illegal enrichment and inadequate declarations. Among other things, the judge lives in a house registered in the name of her mother-in-law, has received a free apartment as a judge and privatized it using forged paperwork.

Andrii Vasylenko was aware of these facts back at the interview stage, he ignored the evident lack of credibility of the judge’s explanations, which resulted in Olha Stupak becoming a Supreme Court judge.

Another HCJ candidate is the member of Qualification Disciplinary Commission of Prosecutors Oleksandr Kovalchuk, who helped Nazar Kholodnytskyi to avoid dismissal as the head of the SAPO.

It was he who analyzed the complaints about the SAPO head, including alleged illegal influence on the court, and ruled that QDCP could not dismiss Kholodnytskyi, but could only reprimand him instead. Another question is how Kovalchuk managed to obtain two apartments in Kyiv with the total area of 218 sq.m and a 376 sq.m house in Kyiv despite quite low income before 2017.

Oksana Blazhivska, a self-nominated judge of Kyiv Economic Court and the daughter of an infamous Deputy Prosecutor General of the past regime, made rapid judicial career immediately following the election of Viktor Yanukovych in 2010.

Another candidate, associate professor of the justice department at Taras Shevchenko Kyiv National University Volodymyr Hryniuk has business ties to Oleksandr Onyshchenko, who is being investigated by the NABU. Hryniuk is the head manager of PAT Ukragrokhimholding and TOV Ukrtranskhim, founded by Andreas Sophocleus, who has connections with Onyshchenko.

Candidates for the HCJ Dmytro Zhuravliov and Andrii Kovalchuk have questionable assets, including real estate and savings that are not consistent with their published income.

There are similar questions about the wealth of head of department of Yaroslav Mudryi National Law University Olha Shylo. The market price of just one of her recently purchased cars exceeds all her declared assets.

Oleh Omelchuk, whose relatives all work in public sector, has declared 4 land plots, housing under construction and almost UAH 2 million in cash.

Another HCJ candidate, Vitalii Kosovych, had issues with his declaration, too – for instance, he failed to mention in his 2016 declaration that he was the founder of civil society organization Lviv Law School.

All members of the High Council of Justice are supposed to be politically independent. That cannot be said about Viktor Hryshchuk, who tried to run for the Parliament, even though it was unsuccessful. Two of the three times that he ran, it was among the ranks of the Ukrainian Socialist Party.

Before, questionable HCJ candidates were already nominated by the judiciary convention, the prosecution conference and the attorney convention.

The attorney convention selected acting members of the HCJ again, in violation of the constitution. They were Pavlo Hrechkivskyi and Oleksii Malovatskyi.

Statements
We Call on President to Veto Law on Constitutional Court Reform
constitutional_court
judiciary
News
High Council of Justice Reform: Odds?
judiciary
News
What does the President propose in the new draft law on the KAC?
judiciary
News
Priorities in the Implementation of the Anti-Corruption and Judicial Reforms — G7 Position
anticorruption_infrastructure
judiciary