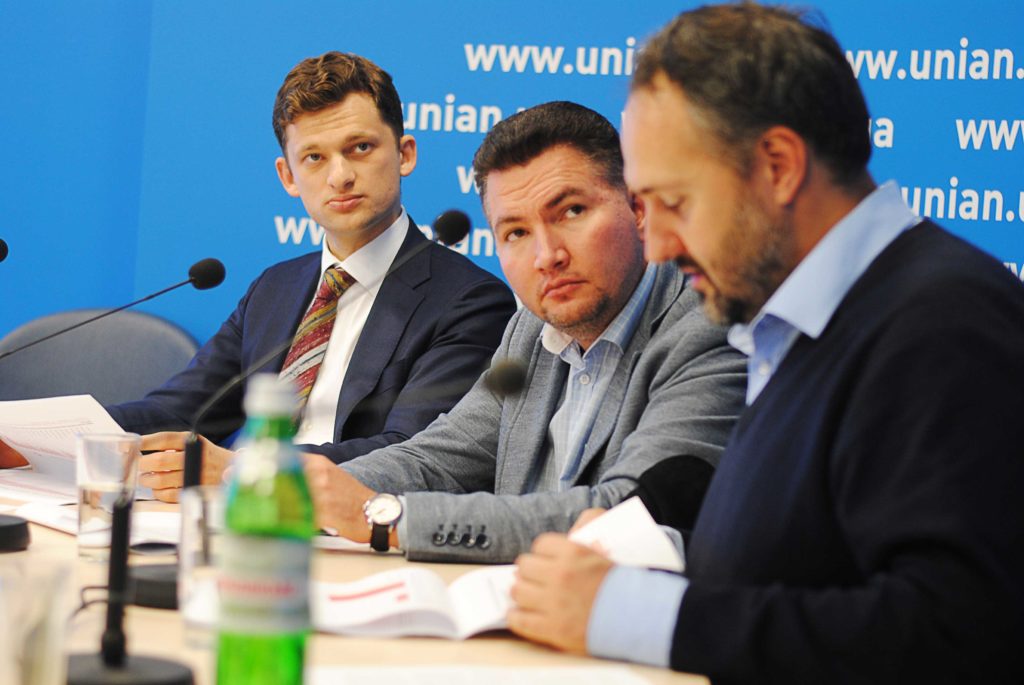 CORRUPTION AS VIEWED BY BUSINESS: ANTI-RATING IS HEADED BY TAX SERVICES, CUSTOMS, AGENCY FOR LAND LOTS

Ukrainian businessmen again assessed corruption fighting in public authorities as bad. Average score of anti-corruption progress is 0.8 points, which is not significantly different from the previous assessment, made this spring. 19.5% businessmen assessed anti-corruption measures of the public authorities with the lowest amount of points. 52% think that the situation is stable and only 3.4% are fully satisfied with the changes and assessed with the highest points. The assessment was made under the scale from (-5) to (+5), where 0 means immutability of the situation. These are the results of the sociological poll ‘Corruption Perception Level by Business. The second wave’, presented by Transparency International Ukraine, PrivatBank, LLC Audit Firm “PriceWaterhouseCoopers” (PwC Ukraine) and Gfk Ukraine. The poll data are visualized at www.corruption-index.org.ua.

On Ukrainian business’ opinion corruption level has worsened for the past six months especially in services (from -0.74 to -0.87 points). However, there are positive trends in agriculture – assessment of corruption level has improved from -0.97 to -0.69 points. Geography of corruption has somehow changed: if six months ago the most corrupt authorities were in Odesa region, now the first place belongs to Zaporizhzhia (-1.2), the second one – Donetsk region (-1.14). The least corrupt public authorities, as businessmen think, are in Luhansk, Khmelnytsk (-0.09 for each), Chernivtsi (-0.25) and Ternopil (-0.38) regions. Six months ago businessmen think Volyn region the most successful in anti-corruption sphere. But now the results rejected it to the 13th place of the rating.

On Oleksii Khmara’s opinion, Executive director at Transparency International Ukraine, such situation in the regions show that business is tired of old bureaucratic system in place and it demands actions. “Ukrainian businessmen openly give a red card to anti-corruption efforts. They speak aloud about corruption and demand decisive actions in place, – says Oleksii Khmara, – And such changes are possible, because on October 25 we have local elections over the whole country. The winners of these elections shall take into consideration the results of this research not to make the same mistakes of the previous predecessors”.

Among the central authorities the leader of corruption anti-rating, as in this spring, is tax service: the enterprise, which for the last six months faced the cases of coercion to bribe, 26.7% point this body. The second place belongs to the customs – 6.3%, the third one – Agency for Land Resources (6.0%). The following places belong to fire service – 5.25. Interestingly that this body is called corrupt by in two times more businessmen in comparison with this spring.

In general the cases of extortion at public authorities for the last six months decreased by 1.9 – today 12.7% business representatives speak about it. Mostly coercion to bribe was used on completion of documents for land lots, office or immobility, as well as on issue of permitting documents. Herewith cases of payments without receipt, demanding donation has decreased in two times – from 9.3 to 4.9%. But at the same time cases of extortion bribes on registration or close down an enterprise and submitting reporting has become frequent in four times.

On Dmytro Dubilet’s opinion, Deputy Chairman of the Board of PrivatBank, the published anti-rating is a direct guideline for fighting corruption. According to Pareto rule now the government shall “attack” tax service, customs and agency for land resources. And I think that the most effective way to change the situation can be transferring administrative processes into electronic ones, – says Dmytro Dubilet.

All the research data was systemized and provided to the country management and institutions, responsible for implementing reforms and fighting corruption in Ukraine.